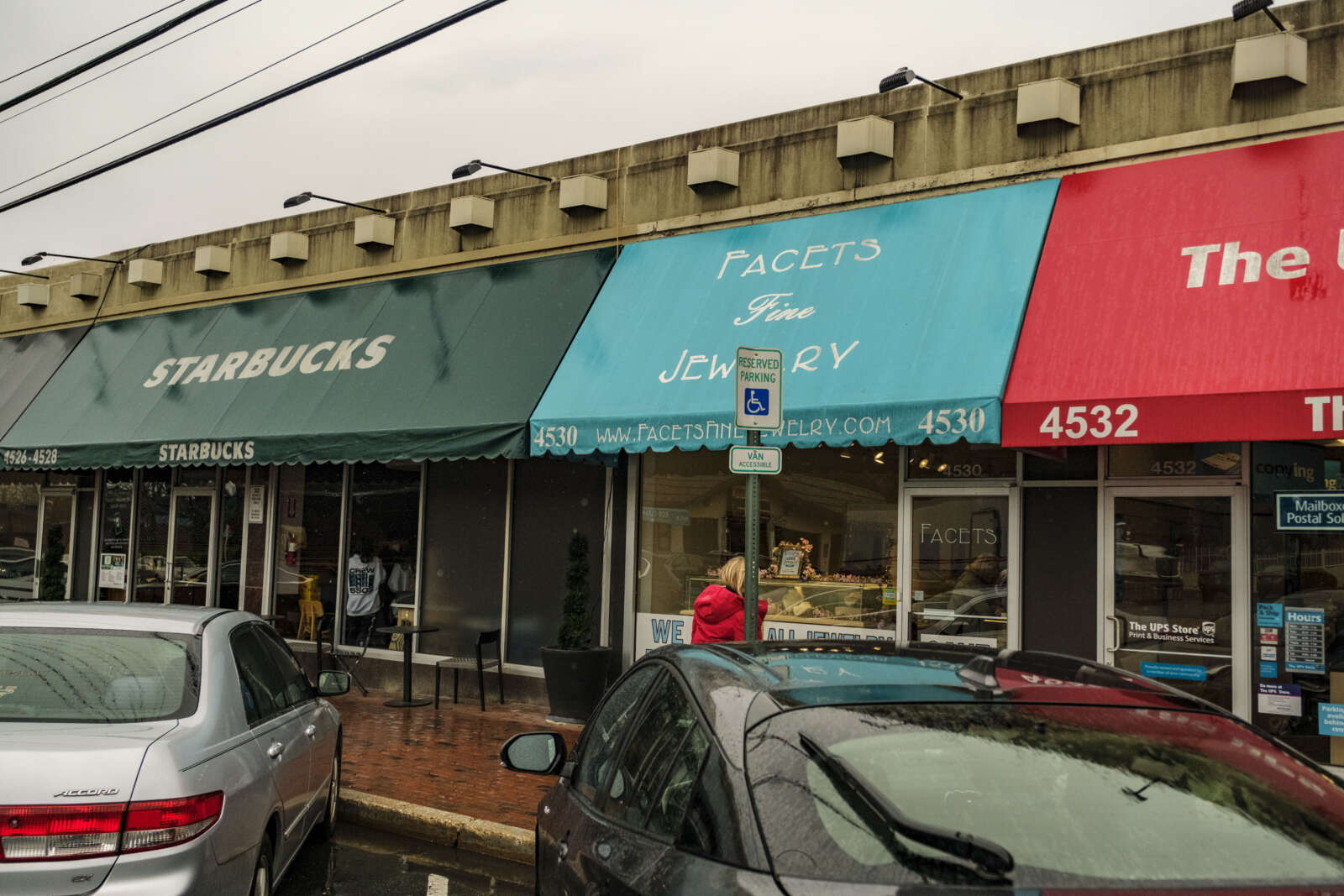 Facets Fine Jewelry is closing in May after 27 years in the Lee Heights Shops.

The shop on 4530 Cherry Hill Road is shuttering due to owners Suzanne and Tom Arnold retiring after six decades making, designing, and selling jewelry. The plan, according to the owners, is to be open until at least Mother’s Day (May 8) and then continue for a week or two after, until most of the merchandise has been sold.

The store has been named one of Arlington’s best jewelers  several times by Arlington Magazine.

But now it’s time to pack it in, the owners say.

“Age and attrition,” Suzanne tells ARLnow about why the couple, ages 75 and 80, are retiring and closing up shop. “We’ve kept rolling with it as long as we can because we really love it.”

In 1995, after working for other local jewelry shops, the couple came upon the shopping center and decided to go out on their own.

“I remember thinking that ‘this looks just right,’” she says. “‘It has a real neighborhood feel.’”

They opened Facets Fine Jewelry in September 1995 and she remembers the store filling up with folks buying Christmas gifts. Tom says the store survived for nearly three decades at the shopping center, including the difficult last two years, due to the neighborhood and long-time clients.

Tom got started designing jewelry in the 1960s in Beverly Hills, California. In fact, he hand-designed pieces for some of the biggest stars of the day.

“He remembers John Wayne ordered a little gold charm [from him]… to be given to all of the cast and crew of [a film] he worked on,” says Suzanne. “He was very generous.”

Tom also was a jeweler for Jane Russell, one of Hollywood’s leading ladies in the mid-20th century.

Suzanne says one of her favorite parts of selling jewelry is that it’s so personal.

“Customers aren’t just anonymous souls,” she says. “You become part of people’s lives because you really do mark special moments in their lives.”

For the next month, Suzanne will be just enjoying saying goodbye and selling off as much jewelry as possible, at up to a 70% discount.

When that final day comes in May, the couple says they will be sad but will be looking forward to their big retirement plans — staying local and spending their new-found free time touring museums, going to plays, and eating fancy meals.

“We are going to play tourist in D.C., Maryland, and Virginia,” Suzanne says.