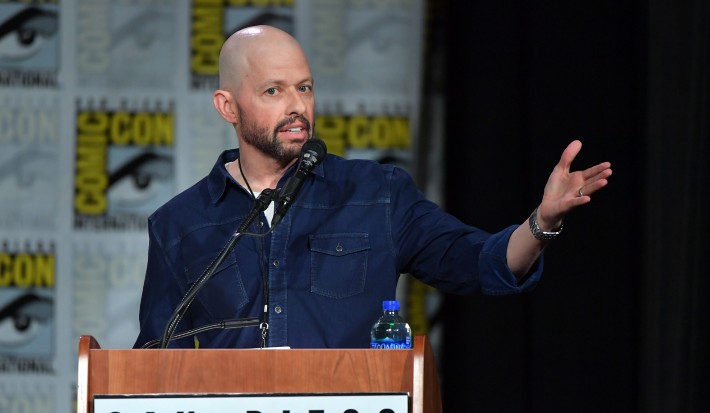 I pulled my hand out of my pocket and heard a “ping!” To my left. I walked a couple more steps and realized

My wedding ring was gone…

The actor is currently on a shoot in Vancouver, and one night recently he was walking along the coastal city’s sea wall, looking to meet up with some fellow cast members. But when he pulled his hand out of his pocket, he heard a “ping.” He quickly realized something was wrong: “My wedding ring was gone…”

Cryer went on to describe his fruitless search, in the dark, in an underlit part of the city, right by a sea wall, over which the ring could very well have plunged. He got emotional. “My wife and I have been married for since 2007 and it’s hard to be away form [sic] each other,” he wrote. “With quarantine in effect I can’t travel back and forth to see her while I’m shooting. Which sucks spectacularly.

“Losing my ring is making the pain more acute,” he added.

Eventually, he gave up, drenched and despondent but hopeful to find it first thing in the morning. The next day he tried again, and though he spotted something glinting in the grass, it turned out to be a pair of glasses. He decided to post in the lost and found section of Craigslist, but that’s when he noticed a link to something called “The Ring Finders,” an actual network of people who specialize in doing just that.

Cryer went to their website, and the day after that, he met up with one of the Ring Finders named Chris, who, though he come armed with a metal detector, was “not optimistic.” Chris told him they’d do what he calls a “closure search,” one, as Cryer put it, “that will likely be fruitless, but will at least allow me to know that I’ve tried everything.” But lo and behold, Chris did find it, inside a wad of grass, close by where Cryer had previously found the glasses. Chris even filmed Cryer learning that the ring had been found. Cryer, in turn, took a picture of Chris.

Chris then informed him that The Ring Finders are a vast network, with people “all over,” people who “really love doing this for a living because it just makes people so happy.”

So there you have it: A nice story for trying times. But there’s one more thing: In the replies, Nick Kroll told Cryer, “I’ve already optioned this story for a limited series and hope you’re ok that I’m attached to play you.”

Ben, you are the ring. You’ve always been the ring.

Ben Stiller butted in, telling Kroll, “I need to play this part. Cryer has beaten me out for too many roles. Or I could be Chris. I just want to be a part of the project.” To which Kroll responded, “Ben, you are the ring. You’ve always been the ring.”

Anyway, nice stories are nice, aren’t they? And You can read the whole epic tale starting here.