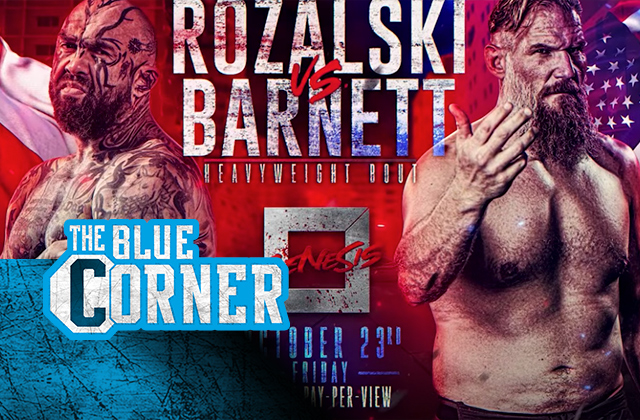 Josh Barnett’s storied fighting career has seen him span eras and promotions over the last 23 years, but now he’s set for another new promotion, and another new challenge.

“The Warmaster’s” opponent is Polish fan-favorite and former KSW heavyweight champion Marcin Rozalski (7-4 MMA), who hasn’t fought in MMA since KSW 39 in May 2017, when he scored a 16-second knockout of Brazilian Fernando Rodrigues Jr. to win the promotion’s heavyweight title.

Barnett, meanwhile, has been waiting for his first challenge in Bellator’s heavyweight division, but a planned matchup with Rony Markes has twice been canceled, meaning the American hasn’t fought in MMA since his September 2016 win over Andrei Arlovski in the main event of UFC Fight Night 93 in Hamburg, Germany.

Now both Barnett and Rozalski look set to return to action as they dispense with the gloves and throw down at “Genesis” on Friday, Oct. 23. The event will stream live via online pay-per-view.

The Blue Corner is MMA Junkie’s blog space. We don’t take it overly serious, and neither should you. If you come complaining to us that something you read here is not hard-hitting news, expect to have the previous sentence repeated in ALL CAPS.