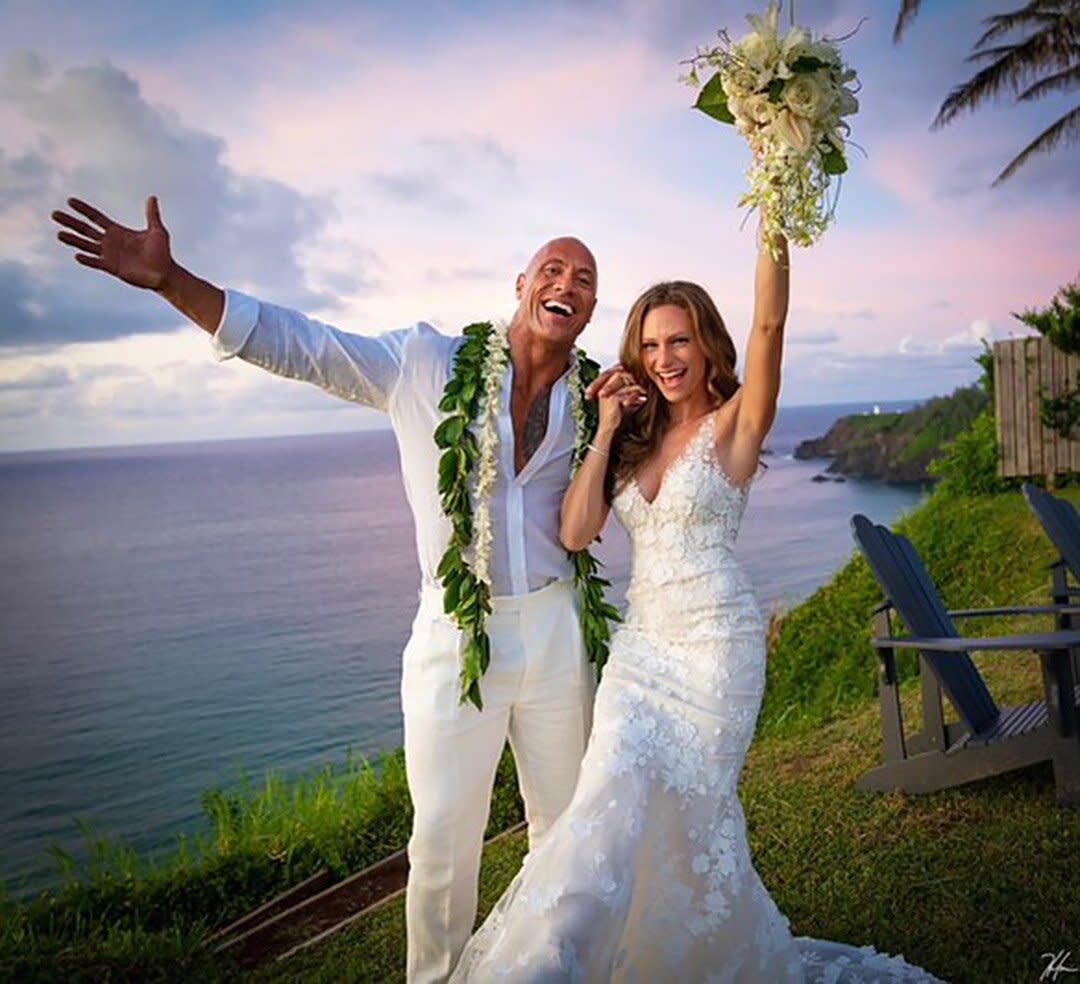 Lauren Hashian has released a touching music video set to her song, “Step Into a Love Like This,” which she first presented privately to husband Dwayne Johnson during their wedding last year in Hawaii.

“After releasing ‘Step Into a Love Like This’ and sharing our wedding video with the world, Dwayne and I received a lot of messages from people who had their own wedding plans derailed,” Hashian, 35, said of the video in a press release.

Hiram Garcia Dwayne Johnson and Lauren Hashian at their 2019 wedding

She continued, “While it wasn’t due to COVID, we had our own set of unforeseen obstacles to get to our wedding day. This year has presented so many hurdles so we wanted to do something to honor these couples. What it turned into was more than we ever expected. It became a celebration of love from all over the entire world, honoring all kinds of people, families and couples.”

The singer publicly released “Step Into a Love Like This” in August to commemorate her first wedding anniversary with Johnson, sharing at the time that she wrote and recorded the track just two weeks before the pair’s intimate beach wedding.

Johnson, 48, and Hashian first met in 2006 while the actor was filming The Game Plan and started dating in 2007. They share daughters Jasmine, 4½, and Tiana, 2. Johnson also has daughter Simone, 19, from his previous marriage.

Of her music video, Hashian said watching the more than 500 fan submissions “has been one of the most touching, special experiences” the couple has “ever had.”

“Every night, we looked forward to coming home and setting up the computer to watch more and more of these amazing videos as they rolled in,” she said. “What I learned from this whole incredible experience is that loving somebody is a true privilege, as is to be loved by someone. And no matter what is happening in the world, love is like a transformative superpower, and it will always make the ride here worthwhile.”