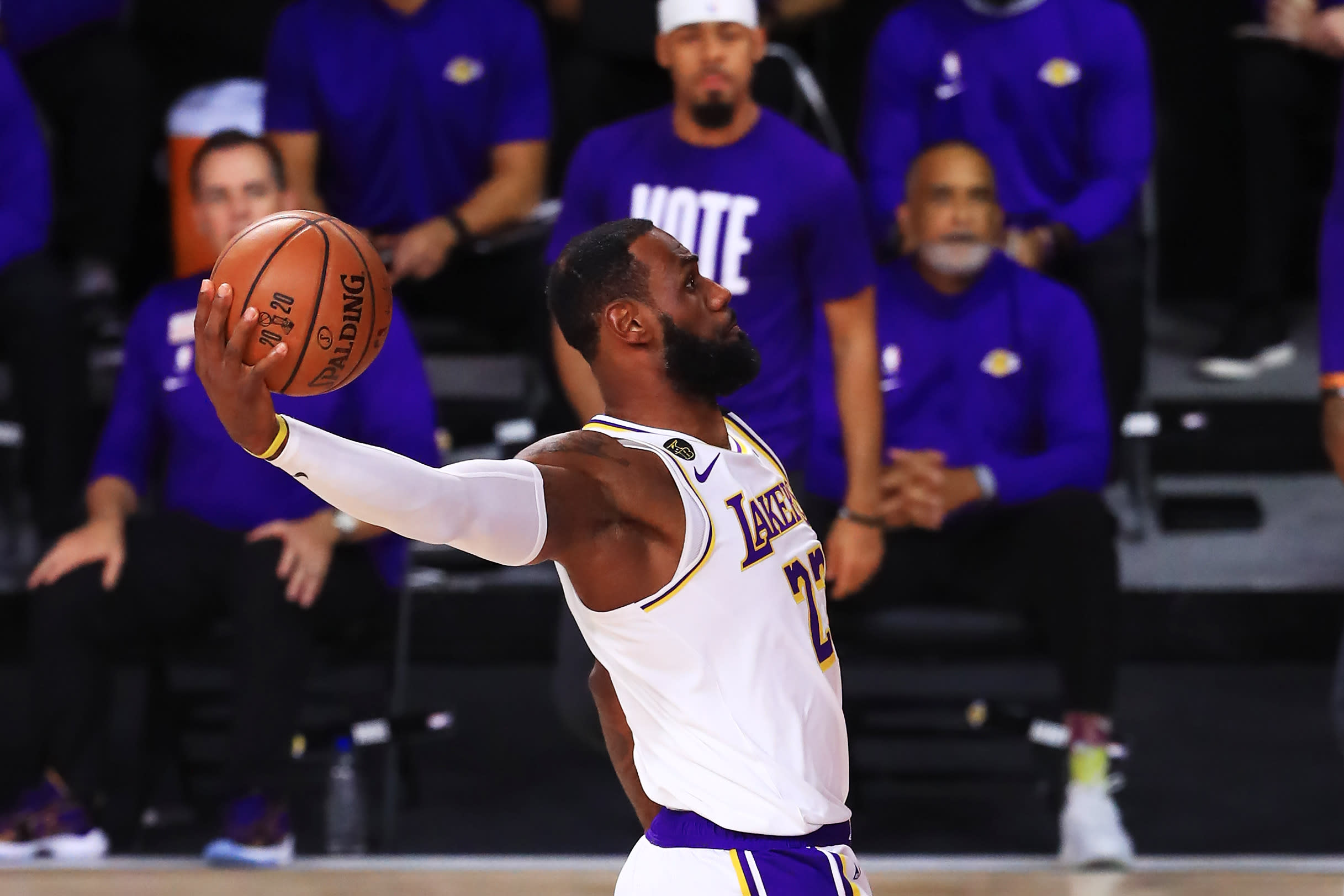 The coronation came in the second quarter.

The Los Angeles Lakers outscored the Miami Heat by 20 points in the second stanza to take a 28-point halftime lead en route to a 106-93 win that secured the franchise’s record-tying 17th NBA championship.

In his record-setting 260th playoff game, LeBron James became the first player to lead three different teams to a title, logging 28 points, 14 rebounds and 10 assists in 41 minutes on his way to a fourth ring. He was also named Finals MVP for the fourth time unanimously. Only Michael Jordan has more with six.

Anthony Davis added 19 points and 15 rebounds. He is a champion for the first time. Davis owned the interior on both ends, the reason the Lakers outscored the Heat by a 34-16 first-half margin in the paint. Davis dedicated the victory to Kobe Bryant, the Lakers legend who died in a helicopter crash this year.

“We didn’t let him down,” said Davis. “Ever since the tragedy, all we wanted to do is do it for him. … It means a lot to us. It’s a tough moment. He was a big brother to all of us, and we did this for him.”

Neither James nor Davis ignited the second-quarter stampede. It was Kentavious Caldwell-Pope and Rajon Rondo who combined for 20 of the Lakers’ 36 points in the frame, pushing the lead to as large as 30 just before the break. A Lakers team long criticized for its lack of depth had plenty when it mattered. Caldwell-Pope and Rondo made eight of their 10 shots in the quarter, and the game was over. The series was over. The NBA’s bubble experiment was over. The 2019-20 season, after 355 days, was over.

The 34-year-old Rondo scored 19 points on 8-of-11 shooting off the bench to join Hall of Famer Clyde Lovellette as the only other player to win titles with the Lakers and rival Boston Celtics. Rondo was 22 years old when his Celtics beat the Lakers by a close-out record 39 points in Game 6 of the 2008 Finals.

Sunday’s game seemed headed that way until Miami took a chunk out of the deficit in the fourth quarter.

Bam Adebayo led the Heat with 25 points, 10 rebounds and five assists, his best production since returning from a neck strain that cost him Games 2 and 3 of the series. Miami’s Goran Dragic played for the first time on the plantar fascia tear he suffered in Game 1, contributing five points off the bench.

Neither resembled the players that led the Heat to the Finals, and it took two monumental performances from Jimmy Butler to take two games from the Lakers in this series. Butler played as though his 47 minutes of Game 5 had taken their toll, totaling 12 points, eight assists and seven rebounds in the loss.

Game 6 was not the contest these thrilling NBA playoffs deserved, but history was made nonetheless. After three months in a bubble without a single positive COVID-19 test among the 374 players who participated, the NBA crowned its premier franchise and premier player champions again, just as James had promised Lakers owner Jeannie Buss upon signing with the franchise in free agency two years ago.