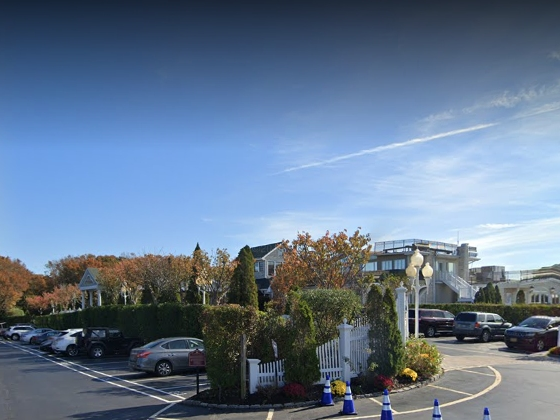 Businesses found in violation of coronavirus regulations face fines up to $10,000 per violation, while “egregious” violations can result in the immediate suspension of a bar or restaurant’s liquor license, the governor said.

“Our heightened enforcement efforts are clearly making a difference — leading to more compliance and fewer violations, which has always been the goal,” Cuomo said. “However, some business owners still believe these health and safety measures are optional, and we will not hesitate to hold those who recklessly put their fellow New Yorkers’ health and safety at risk accountable.”

Riverhead Councilwoman Jodi Giglio reached out to Patch after reading the news about the suspension and said the catering industry statewide is suffering under Cuomo’s protocols. Giglio is running for a New York State Assembly seat.

On Sunday, Giglio said, a couple who got married and held their reception at Giorgio’s were told their party could not be served alcohol. There is a ripple effect, she said, that impacts hotels, limousine companies and local businesses that cater to the wedding industry.

The decision to shut down Giorgio’s, a facility that has capacity for more than 500 guests, for having 95 guests was arbitrary, she said.

Representatives of the catering industry, Giglio said, have filed a lawsuit but have received no response from Albany.

Giglio said she is planning a rally Friday with a location and time to be announced. The intent is to ensure that local catering facilities are allowed to open at 50 percent capacity. Representatives from caterers across the state are expected to attend.

Giglio said she does not understand the reasoning behind allowing just 50 people at a facility that may have capacity for 300, 500 or 700. “What’s the logic?” she asked. “I thank the governor for allowing restaurants and small business owners to open at 50 percent capacity for seating. Why can’t it be the same for catering venues and for places of assembly?”

Local businesses are suffering, have repairs to make and taxes to pay, with no income coming in, she said, adding, “It has to end.”

Business owners are responsible, Giglio said. “They don’t want their employees, or people coming to their wedding venues, or to Sweet 16s, getting sick. They have put forth plans that have been ignored by the governor.”

Giglio said governor’s restrictions are taking a toll on the catering industry. “These people cannot afford to feed their families, pay their bills,” she said. “Allowing 50 people in an establishment that permits 500? It doesn’t make sense for them to turn the lights on.”

She also questioned why catering facilities have not been mentioned in Cuomo’s phased reopening plan.

Giglio said she was told by one East End business owner, whom she declined to name, that they had to pay $65,000 in fines plus $15,000 for an attorney’s fee. “It’s a money grab,” Giglio said. Cuomo, she said, “is using New York State troopers and the SLA to go after these small businesses owners to make up for his retail shortfall.”

Of Giorgio’s, Giglio said: “This is a family-owned business for 26 years in Riverhead Town. I will go to bat for them. The number 50 is an arbitrary number of people. These are business owners who are responsible, who care about their employees, their families, and paying their bills. They want the people who visit them to have a good time safely and responsibly. We don’t want to see a blighted building on a hill. We want all of our catering industries on the East End to thrive — they are a magnet for tourism and the local economy.”