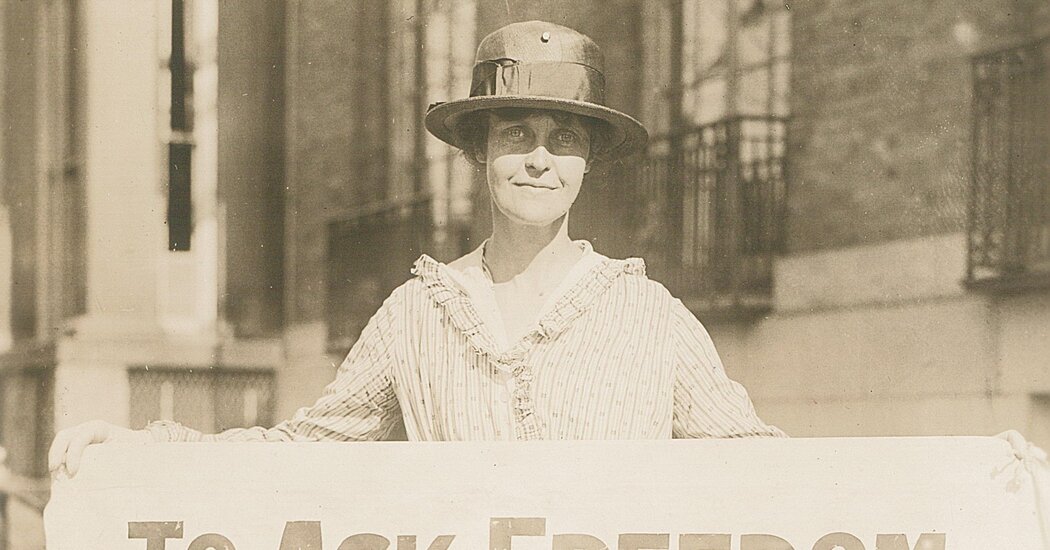 The National Women’s Party was founded in 1916 by Alice Paul and Lucy Burns, who advocated for increased militancy in the suffrage battle. In early 1917, it began organizing the first regular pickets of the White House, in which protesters, known as the Silent Sentinels, sharply challenged President Woodrow Wilson to support a federal amendment giving women the vote.

After initially tolerating the protests, the government began arresting and jailing suffragists, who were denied the status of political prisoners. In protest, some went on hunger strikes, which resulted in brutal force feedings.

The NWP’s confrontational tactics put it at sharp odds with the more mainstream National American Woman Suffrage Association (NAWSA), which at the time was focused on winning the vote state by state. And the rivalry between the two groups also influenced the archival collecting of the movement.

In 1920, after the 19th amendment was adopted, NAWSA donated some artifacts to the Smithsonian Institution (which is separate from the library), but only on the condition that any exhibition on the suffrage movement not mention the National Women’s Party or Paul.

“They were young and impatient, and wanted to push hard for a federal amendment,” Susan Carter, board president of the NWP (which reorganized as an educational nonprofit in 1997), said in an interview, referring to the party’s founders. “From the perspective of history, while those rivalries may have existed, what both organizations did actually contributed significantly to the same goal.”

After the 19th Amendment, the NWP turned to promoting the Equal Rights Amendment, which was drafted by Paul and introduced in 1923. The archive also documents its advocacy for the 1963 Equal Pay Act and its push to have a ban on sex discrimination included in the 1964 Civil Rights Act.

The proposed E.R.A. expired in 1982, after failing to gain ratification by two-thirds of the states. The party continued to advocate for it, but in 1997, as its membership dwindled, it ceased being an active political organization. Ms. Carter said the donation of its remaining archives was spurred by a desire to make them more easily accessible, including through digitization.

The newly donated materials include about 100 scrapbooks, which document events like the party’s publicity-generating pageants, parades and long-distance “suffrage hikes.” They also includes some 2,400 books and 750 periodicals from the Florence Bayard Hilles Library, said to be the oldest feminist library in the United States, which contains items dating from the 1860s to the 1970s.

Along with the donation, the library purchased 157 original political cartoons by Nina Allender, the party’s lead illustrator. Additionally, the NWP is transferring to the National Park Service ownership of banners, textiles, sculpture and other items currently on display in the party’s former headquarters, which was designated the Belmont-Paul National Women’s Equality Monument in 2016.