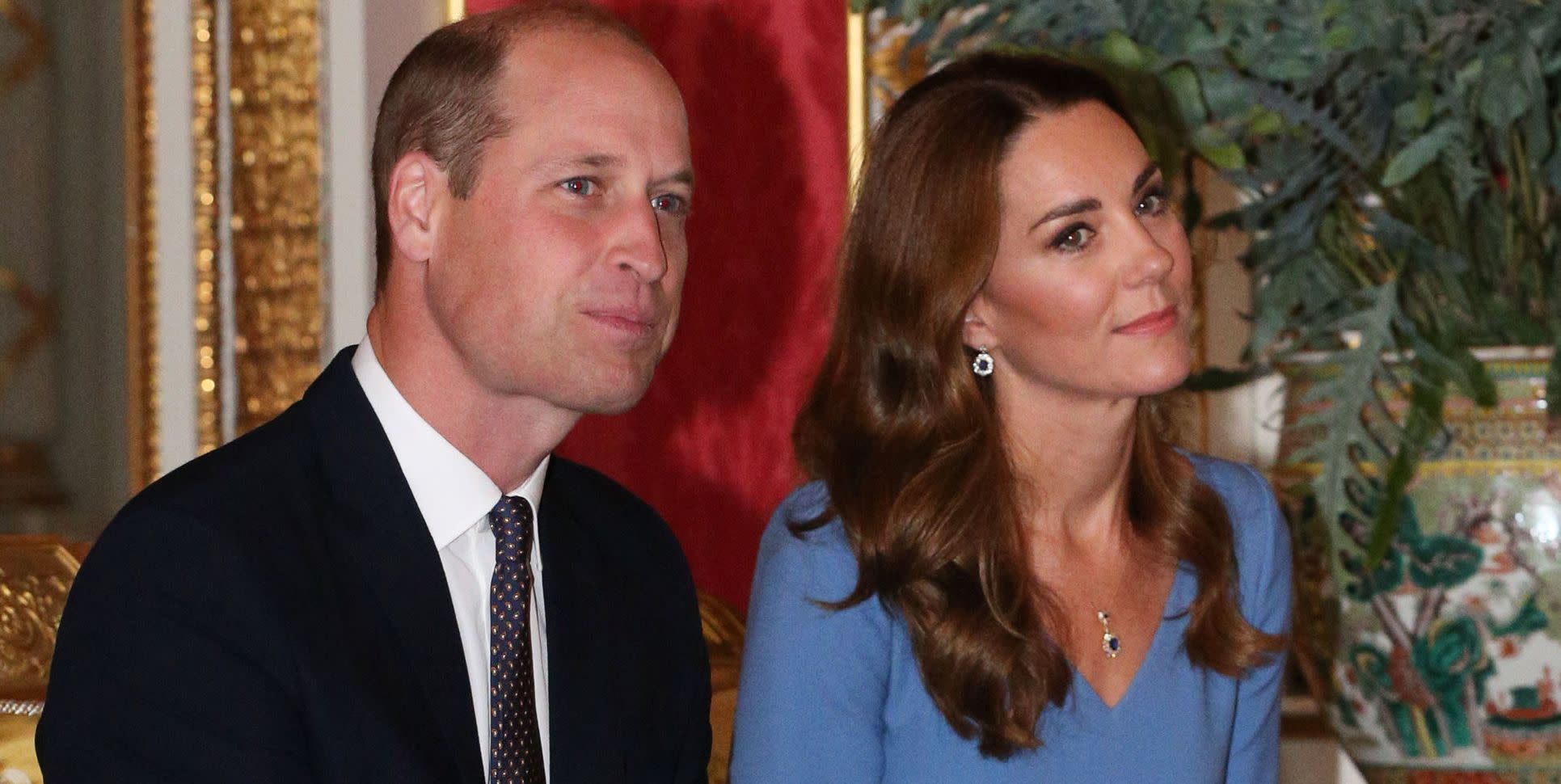 Earlier this week, Kate Middleton and Prince William held their first royal engagement at Buckingham Palace since lockdown began, hosting Ukrainian president Volodymyr Zelensky and first lady Olena Zelenska. Kate wore a cornflower blue Emilia Wickstead midi dress for the occasion, completing the look with a set of striking sapphire and diamond jewelry. Her engagement ring, which previously belonged to Princess Diana, we’ve obviously seen before, while her earrings, also remodeled from a pair of Diana’s, are also familiar to royal style trackers. But Kate finished the set with a matching sapphire and diamond pendant, strung on a fine gold chain, in what seemed to be its public debut.

As People reports, there’s a strong chance the necklace originally belonged to the same jewelry set as Kate’s earrings, though in a different form. In 1981, the Saudi royal family gifted Princess Diana a suite of sapphire and diamond jewels to celebrate her wedding from Prince Charles, designed to match her engagement ring (which again, later became Kate’s). According to People, the full set included “an enormous Burmese sapphire and diamond pendant, suspended on a thin diamond necklace” as well as “matching earrings, ring, bracelet and watch.” Diana wears several of the pieces in the photo below, taken in Brisbane, Australia, in 1983.

Seems pretty safe to say Kate’s new necklace came from Diana’s wedding gift, since the Duchess of Cambridge has refashioned her late mother-in-law’s jewelry before (and the pendant perfectly matches the earrings). Mystery solved, style sleuths!