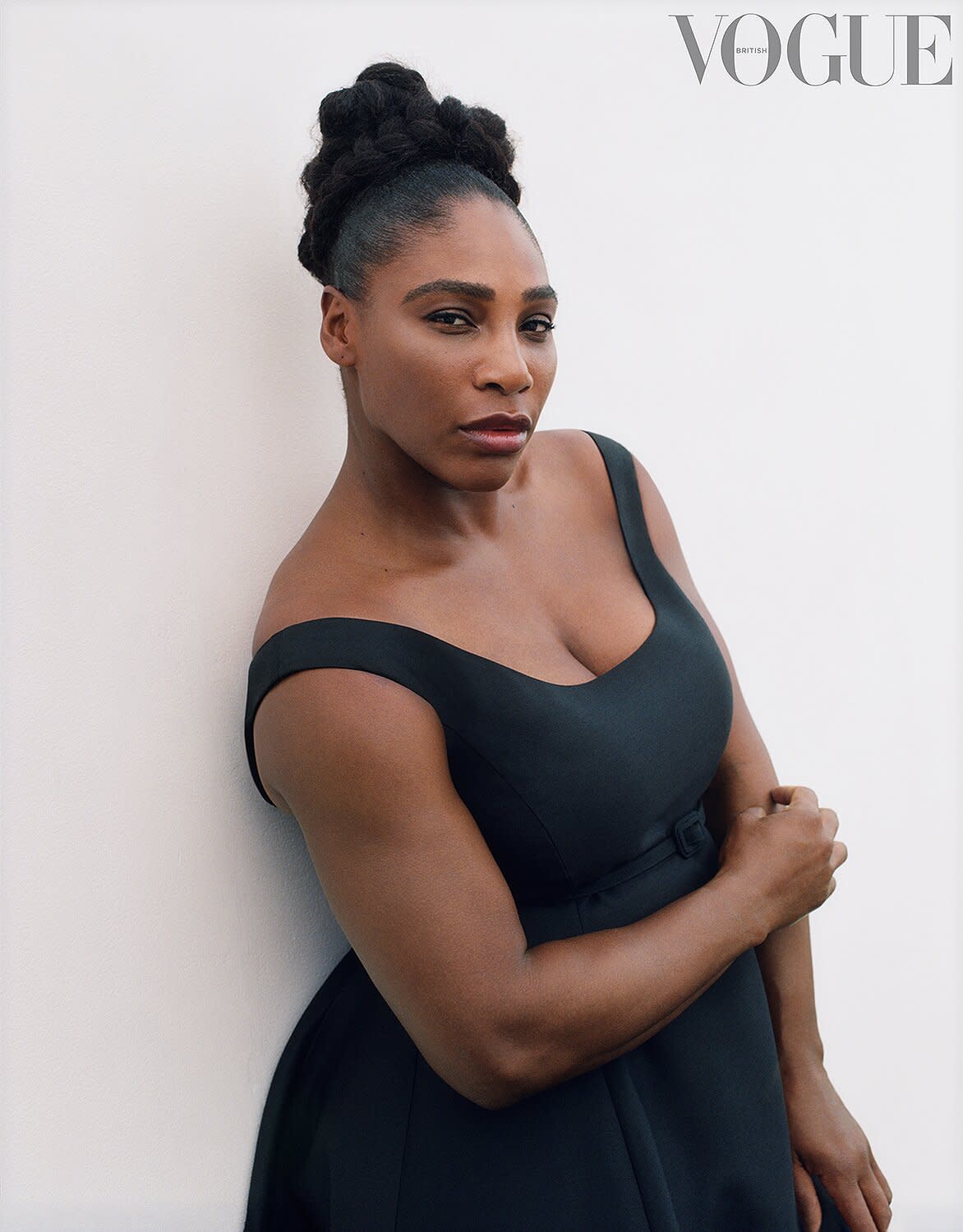 Serena Williams is powerful — on and off of the tennis court.

In a new November cover interview with British Vogue, Williams opens up about how she uses her voice to support those without a platform.

“In this society, women are not taught or expected to be that future leader or future CEO,” Williams, 39, says in the interview. “The narrative has to change. And maybe it doesn’t get better in time for me, but someone in my position can show women and people of color that we have a voice because lord knows I use mine.”

Continues Williams: “I love sticking up for people and supporting women. Being the voice that millions of people don’t have.”

In general, the tennis superstar believes she’s frequently held to different standards than her male counterparts in the sports world, telling the outlet she’s “underpaid and undervalued.”

RELATED: Serena Williams Practices in Gloves as Temperatures at French Open Dip: ‘The Things You Do’

The athlete, fashion designer, and mom of one has been outspoken against sexism, as well as in support of the Black Lives Matter movement — which she says has, in part, been amplified lately due to technology.

Williams tells British Vogue: “We see things that have been hidden for years; the things that we as people have to go through. This has been happening for years. People just couldn’t pull out their phones and video it before.”

It’s not a new conversation for Williams though. She tells the outlet that at the end of May — following the death of George Floyd, a Black man who was killed while in police custody in Minneapolis — “I had so many people who were white writing to me saying, ‘I’m sorry for everything you’ve had to go through.’ I think for a minute they started — not to understand, because I don’t think you can understand — but they started to see.”

RELATED: How to Watch the 2020 French Open

“I was like: well, you didn’t see any of this before? I’ve been talking about this my whole career. It’s been one thing after another.”

The cover comes just after Williams was forced to pull out of the 2020 French Open due to an Achilles injury.

The close friends have supported each other for numerous life events, with Serena Williams even serving as bridesmaid in Caroline Wozniacki’s wedding

The 23-time Grand Slam singles champion injured her Achilles in September during her semifinal loss to Victoria Azarenka at the U.S. Open in New York, which caused her to bow out of the Italian Open, according to the Women’s Tennis Association.

Read the full feature in the November issue of British Vogue available via digital download and on newsstands on Friday.