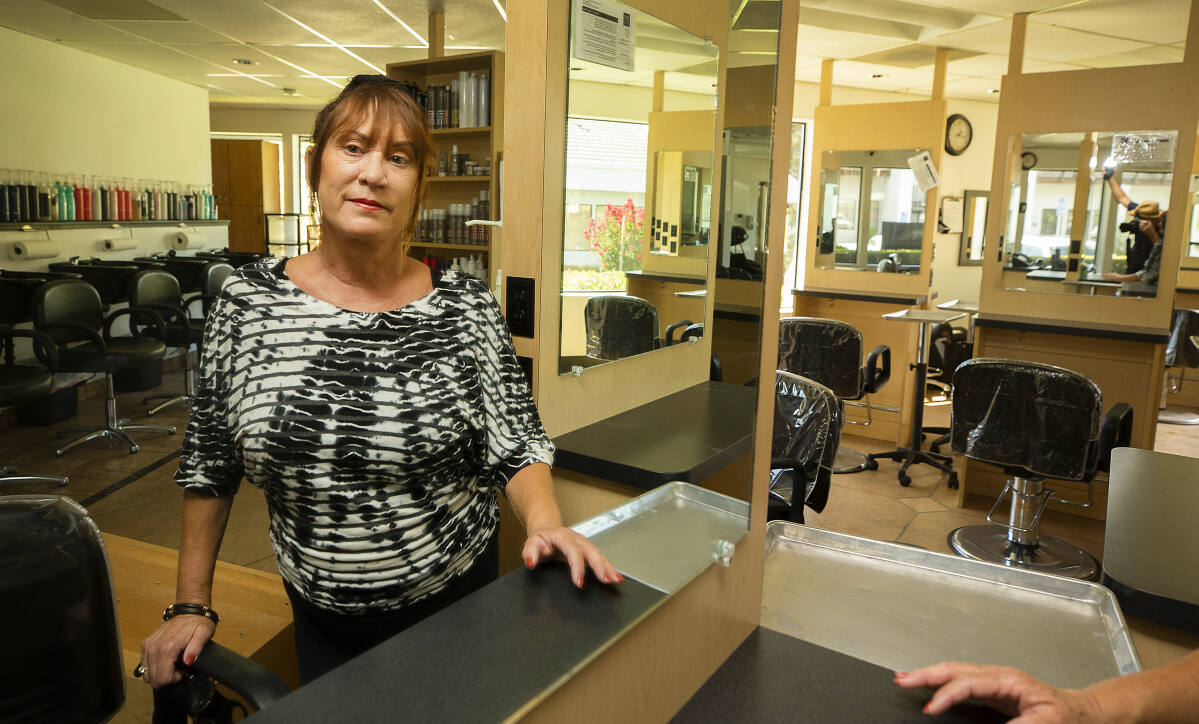 If the school cannot resume classes soon, Lytle fears it may never reopen. Between mortgage payments and continued salary expenditures, Lytle said her savings will run out by December.

“It just costs a lot of money to even keep the school closed,” she said. “I’m just devastated.”

Lytle and her staff halted virtual instruction a month ago, putting the school on hiatus with no end in sight. After six months of teaching theory through a screen, they determined the experience was not worth what students were paying for it. It also wasn’t cost efficient for the school.

Kylie Simao, admissions leader and financial aid officer, compared the process to trying to teach someone to swim without a swimming pool.

“It got to a point where we can only lecture so much,” she said. “We won’t toy with somebody’s hours towards their license.”

Each certification requires a set amount of experience before students can take their exams. An esthetician’s license to offer skin care services such as waxing and chemical peels requires 600 hours. A cosmetology license, required to cut and color hair and offer nail services, takes 1,600 training hours.

Ashley Tillman, a Lytle’s student living in Lakeport, is 252 hours away from completing the requirements for her cosmetology license. Seeing her education grind to a halt so close to her goal, she said, has caused some “mental anguish.”

“I go through bouts of feeling OK, and then it’s like my anxiety kicks up,” Tillman said, adding that she’s begun speaking more frequently with a therapist to manage her worries about finances and her family’s future. She had worked for years in retail to save enough money to attend Lytle’s without needing to work at the same time.

A single mom, Tillman has been managing her 9-year-old son Devin’s education this fall while his school remains in distance mode. Since Lytle’s shutdown, she’s been practicing her skills on friends and family members so she doesn’t get rusty.

But none of the free haircuts, colors, manicures or pedicures that she offers while her school remains closed contribute to the requirements for her license.

“We have to be clocked into school under the supervision of our teachers for any (work) to count for us,” Tillman said. “We can’t just do them on our own.”

Though every student has a mannequin to practice on, instructors said it’s a poor substitute for working with real clients and their expectations in the salon.

“You have to listen and look (in order) to shift styles well,” Lytle said. “You gotta learn when to say ‘Mrs. Jones’ and which ones want your arm around them and to be called ’Honey.’ ”

Most mannequins tend to have a similar, coarse texture of hair, Lytle said, though human hair varies much more.

They also don’t communicate much.

“I can rip her hair out with my hairbrush and she’s not complaining,” Tillman said. “I’m not asking a mannequin, ’What do you do with your hair every day?’ ”

While hair salons in Sonoma County have had the green light to resume indoor haircuts since Aug. 31, Lytle’s Beauty College has additional requirements to meet before it can open its student salon to clients. In addition to complying with state and county health guidelines, any instruction from Lytle’s must also align with requirements from the Board of Barbering and Cosmetology and the Bureau for Private and Post-Secondary Education.

“If salons can open and we can teach the theory part via distance education, then why can’t we reopen the student salon so students can continue on their education?” asked Amanda Keith, director of Lytle’s Beauty College.

Sonoma County on Wednesday aligned local health orders with state guidelines, easing local restrictions that exceeded what is laid out in California’s Blueprint for a Safer Economy guidances. Lytle’s staff are now poring over state guidance on higher education to see whether the county’s announcement will pave a way for them to open even before Sonoma County reaches a lower tier of infection spread.