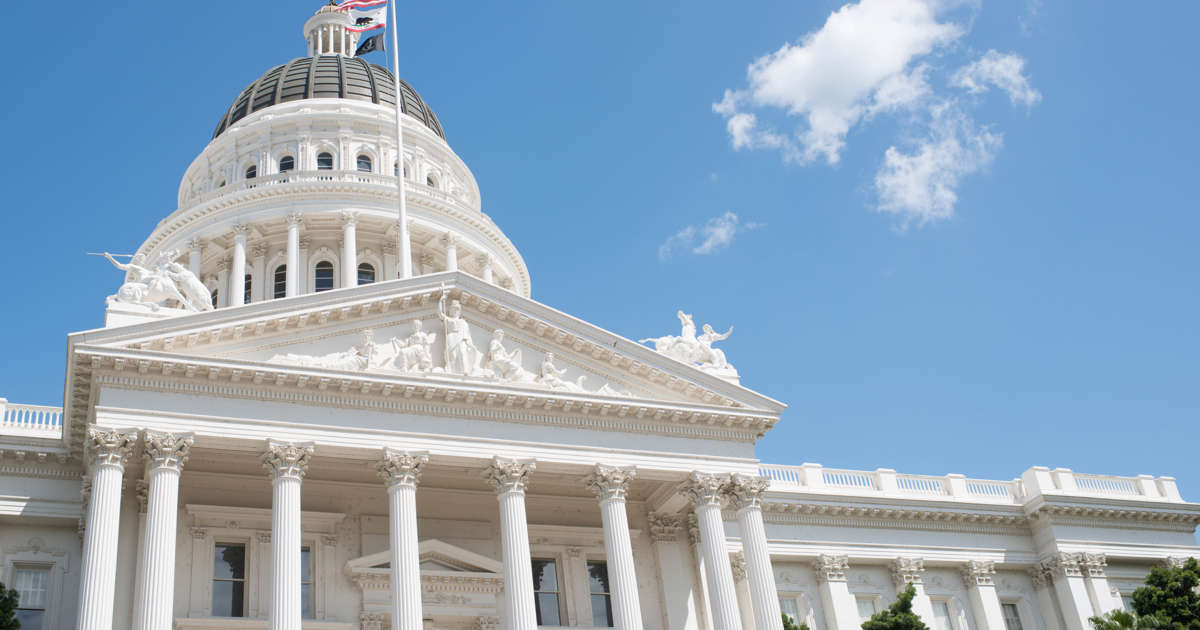 FIRST UP — Sen. Mike McGuire, D-Healdsburg, isn’t shy when it comes to touting the quality of one of his district’s most famous crops.

“World class cannabis comes from the Emerald Triangle (of Humboldt, Mendocino and Trinity counties),” he said.

Now that recognition is about to be official and enforce by law.

Gov. Gavin Newsom has signed a law, authored by McGuire and inspired by the wine industry, that ties the coveted “appellation of origin” label to the sun and soil of a region.

If you’re a cannabis connoisseur, that’s a big deal. It means Emerald Triangle farmers can market their product to tout their North Coast roots, and potentially gain an advantage over competitors.

The Uber- and Lyft-funded campaign for the ballot measure to re-classify rideshare drivers as independent contractors has secured the endorsement of Mothers Against Drunk Driving, or MADD.

“Mothers Against Drunk Driving supports Proposition 22 because it will save lives. Rideshare services help keep drunk and drug-impaired drivers off of our roads by providing a safe, reliable, convenient and affordable alternative to driving,” MADD National President Helen Witty said in a statement.

The Yes on 22 campaign argues that if voters reject the proposition, which would partially undo California labor law AB 5, “hundreds of thousands of app-based drivers who perform a life-saving service would be taken off the road in places where they are needed most.”

The endorsement coincides with a new ad from the Yes on 22 campaign featuring Witty speaking on behalf of her organization.

“The more rideshare drivers there are, the more lives are going to be saved. It’s simple,” Witty says in the ad, which you can watch here.

Speaking of Prop. 22, be sure to check out reporter Jeong Park’s fact check exploring the claim that Uber and Lyft drivers want out of AB 5.

More than 100 event professionals plan on showing up at the Capitol on Tuesday to call on the governor to allow events, such as weddings, to resume.

“Events are not listed as an industry in California’s Blueprint for a Safer Economy and while California Association for Private Events (CAPE) has worked with county and state leaders in an effort to be recognized, these requests have fallen on deaf ears. Therefore it is time to show State leaders that the events industry needs to be recognized and worked with for safe reopening,” according to a statement released by the association.

The association argues that events contribute $400 billion to California’s economy and employ more than 3 million people in the state.

“Without being assigned to any of the industry sectors for reopening guidance, private events don’t even have the prospect of reopening, regardless of a county’s color designation,” the association said in a statement.

Tuesday’s event, called “Walk for a Wedding,” will begin at Sterling Hotel, where men and women in tuxedos and wedding dresses will gather at 12:30 p.m. before walking to the Capitol at 12:45 p.m.

In addition to event professionals, brides and grooms will be on-hand to talk about how the COVID-19 closure has forced them to postpone or cancel their weddings.

California parents of K-12 children support both Proposition 15, the “split roll” initiative, and Proposition 16, the affirmative action ballot measure, according to a new survey released by The Education Trust — West.

Surveyors from Global Strategy Group spoke with more than 800 parents between Oct. 1 and Oct. 8. They found 77% of parents support Proposition 15.

“For too long, we have starved our public schools of the resources they need to support students — especially low-income students and students of color,” Education Trust — West Executive Director Elisha Smith Arrillaga said in a statement. “By passing Proposition 15, we can close corporate tax loopholes to invest in public education just as we need it most.”

“Nobody understands better than parents that our future will be brightest if every child has an equal opportunity to achieve their dreams. The shadow of systemic racism follows students of color in California from before they ever set foot into a classroom through college and beyond. Proposition 16 is our chance to take action against discrimination and level the playing field for all students,” Smith Arrillaga said.

QUOTE OF THE DAY

“I regret @POTUS does not appreciate that he swore to be the President for the ENTIRE country, including the blue state of California that contributes more tax dollars to the government than any other state. California is not hell, it’s financial heaven for the country.”

Best of the Bee:

A Sacramento-based group that represents taxpayer interests is suing California Secretary of State Alex Padilla in order to stop his office from carrying out a $35 million voter outreach contract the group says unfairly targets certain voters, via Lara Korte.

California’s corrections department is following through on a plan to close eight inmate firefighting camps, reflecting a steep decline in the state’s inmate population since the coronavirus outbreak, via Wes Venteicher and Ryan Sabalow.

Sen. Kamala Harris asked Monday why the Senate is considering Amy Coney Barrett’s nomination to the Supreme Court when it can’t figure out a way to help the millions out of work, suffering from COVID-19 or seeing their businesses suffer, via David Lightman.