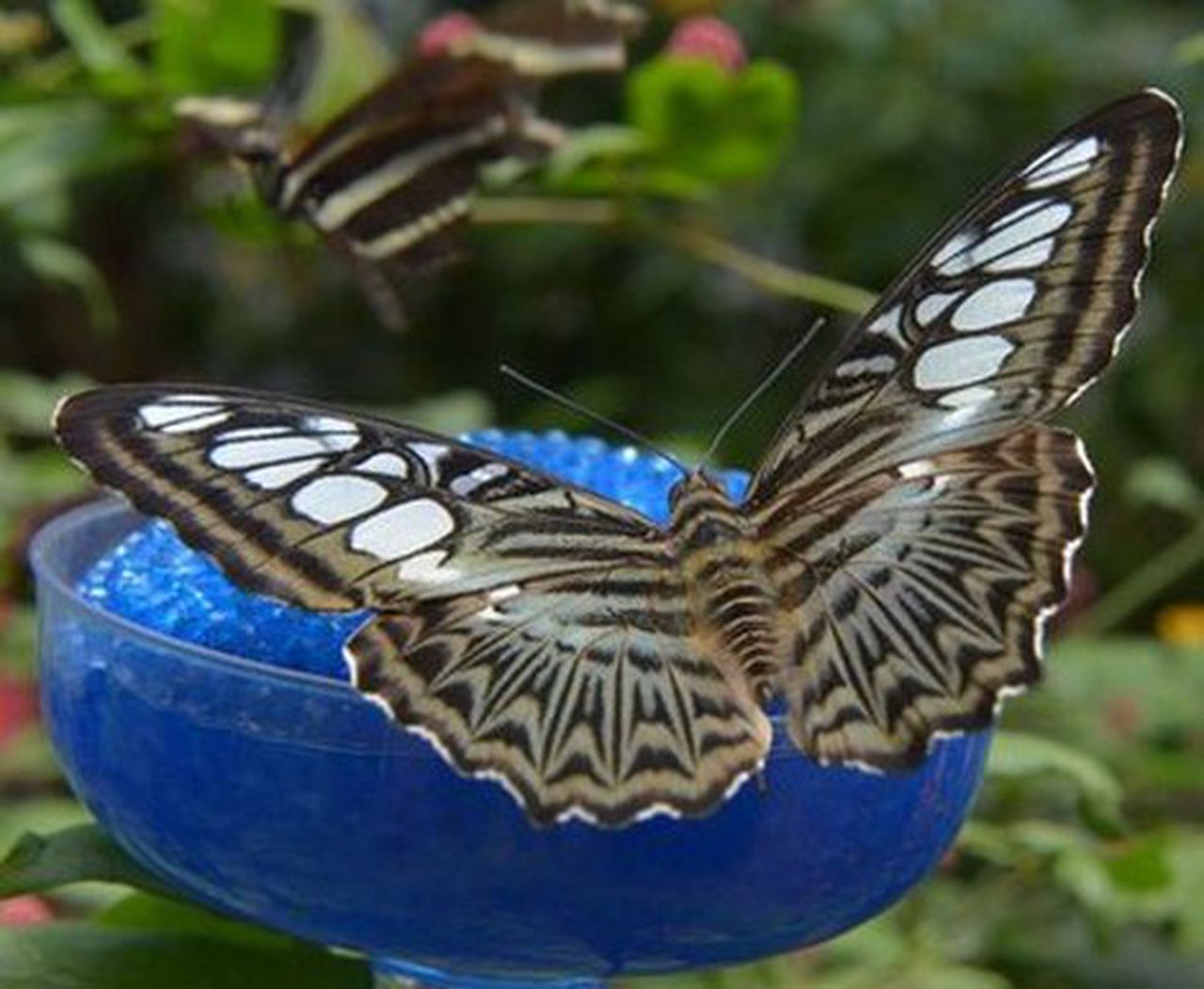 The butterflies are flying once again at Magic Wings Butterfly Conservatory & Gardens in Deerfield, providing beauty and a sense of peace during the current pandemic.

The conservatory had been closed for nearly six month since March, but is now open on a limited basis, Magic Wings’ hours are Thursday through Sunday,11 a.m. to 5 p.m., with hopes of expanding opening days in the near future.

“We had a tremendous turnout on Labor Day Weekend when we first opened. People were excited to be back and we were equally excited to welcome them back after being closed for 171 days,” said Kathy Fiore, general manager.

“We were obviously very concerned about the virus and its effects on our business, because we count on admissions to keep us open. We are an attraction with large groups of people coming through our doors, so we knew we were going to have to close at some point, then the shutdown occurred. While we closed to the public, we kept a skeleton crew of about nine employees to take care of our butterflies, creatures and plants,” she added.

As part of the reopening, a number of measures have been put into place to keep guests and staff members safe during their butterfly experience. Precautions include physical distancing, mask wearing at all times in the building, temperatures taken before being admitted, two-hour entrance blocks after which the building will be cleared and the next group of visitors allowed to enter, a waiting list for entrance once they have reached capacity, and more.

What awaits nature lovers and other curious folks inside the doors to Magic Wings is, well, pure “magic.”

Once inside the glass conservatory, visitors are greeted by some 4,000 exotic butterflies of all colors shapes and sizes fluttering throughout a serene environment with birds – Chinese Finch Quail, Gouldian Finches, Senegal Parrot – flying above, the sounds of a waterfall, and true tropical vegetation to a backdrop of calming music. The glass walls further contribute to the tropical feeling by heating up the conservatory to a sweaty 80-degrees. Also awaiting visitors is a heart-shaped pond with Japanese koi gracing the center of the conservatory.

“For some it is the 100 percent wow factor of entering a tropical environment. Others have a connection to butterflies for many reasons. We’ve had visitors from five days old to age 102,” Fiore said.

While the butterflies may startle some very young children, there is nothing to be afraid of, Fiore noted.

“Butterflies don’t have claws or teeth to harm you. Periodically they will land on visitors walking around in their house, especially if you are wearing brightly-colored clothing or scents that will attract them. And, we see all sorts of reactions from surprise to laughter,” she said.

But the Magic Wings experience begins even before entering the conservatory.

Visitors first enter an exhibits and display area where butterfly videos are presented, and you can browse through the various exhibits showing the history and evolution of butterflies. There is also a menagerie of topical creatures to explore in the display area including lizards, tortoises, frogs and other exotic insects.

It all began back in 1997 when an area man had the idea to build a butterfly conservatory. He contracted with George Miller to build a structure for his dream. Ground was broken in 1998 and two years later, in November 2000, their doors opened to the public.

“My dad was that contractor, George Miller Jr., and he got more interested in hearing about what the building would house. So much so, that he became a partner in the project,” Fiore said.

Miller brought his daughter in to join the team two years later, eventually buying out his partner. Magic Wings is a family business operated by Fiore and her brother, also named George Miller, who serves as business manager. Their father died three years ago.

Still, one other person helped to bring the conservatory to life. It was Fred Gagnon, a local entomologist, who even before the conservatory opened began propagating the butterflies, 75 percent of whom were hatched in their own greenhouse, with another 25 percent coming from butterfly supply houses.

While the gift shop remains open, the attractions food court is closed.

“We do have some picnic tables outdoors, so if the weather is nice you can pack a lunch,” Fiore said.

“Many people have also sought out our romantic surroundings as the site for their weddings, as well as for other events such as showers, birthday parties and more, which we are again booking at a reduced capacity,” she added.

For more information about the reopening and new restrictions, visit the Magic Wings website at magicwings.com or visit their Facebook page.