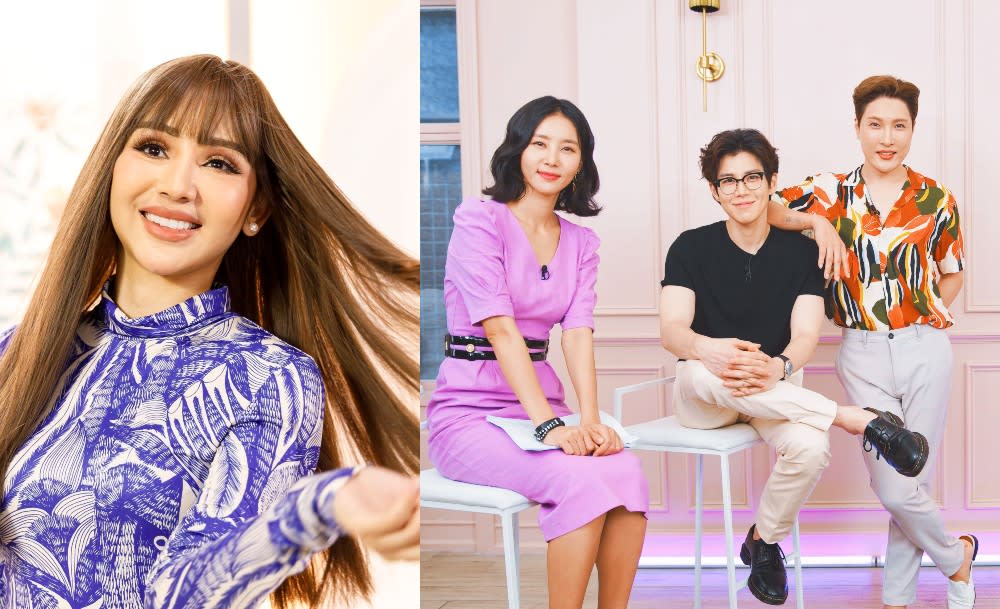 K-Beauty lovers, rejoice! Beauty series “Get It Beauty On The Road” returns to Malaysia next week for its third season.

Expect bite-sized episodes, new hosts, and fresh tips and tricks suitable for our tropical climate when the show airs on Astro Ria and tvN Oct. 5. Actress Nadiyah Shahab and 2019 Big Stage winner Jang Han-byul will also grace the downsized show to share their personal take on all things beauty and lifestyle.

The duo will co-host the six-episode series along with original hosts Kim Jung-min, who is a popular South Korean TV personality, and Kim Ki-soo, who is a comedian-turned-vlogger.

The COVID-19 pandemic had affected the production of the third season, shortening episode durations from 30 minutes to just seven minutes. Filming also had to be done separately in South Korea and Malaysia, respectively.

During a Q&A session pre-recorded last week, singer Jang, 30, said he is currently in South Korea but misses his fans in Malaysia. Jang had won the international version of the Big Stage Malaysian singing contest and starred in the Aku Benci Kpop (I Hate Kpop) Malaysian telemovie earlier this year.

“I really miss the fans who have been waiting for me,” he said during the session.

Nadiyah, 29, who has been dubbed “Malaysia’s Barbie,” expressed her excitement about sharing her skincare journey on the show.

“If only they (people) knew that actually having clear skin, radiant skin actually boosts your self-confidence. They would present themselves more confidently when they meet people,” the actress said. She starred in the rom-com series Kek Untuk Kapten (Cake For Captain).

Nadiyah will lead a segment called the “Better Girls Academy,” which features eight Malaysian fans of the show who want to learn more about beauty and fitness from experts.

All hosts look forward to meeting each other in person after borders reopen.

“With the pandemic gone, we can fly to Malaysia, to meet with Nadiyah and everyone, which would be so great,” Kim Ki-soo said.

“We look forward to your support in our new season and hope to meet all of you soon in Malaysia,” Han-byul said.

The show will be presented in three languages – Korean, English, and Bahasa Malaysia. Subtitles in Thai, Bahasa Indonesia, and Chinese will also be available.

Other stories to check out:

Quarantine babies: Cluster of pregnancies breaks out among Malaysian celebs

Nabila Razali’s ‘confusing’ song gets millions of views – and haters