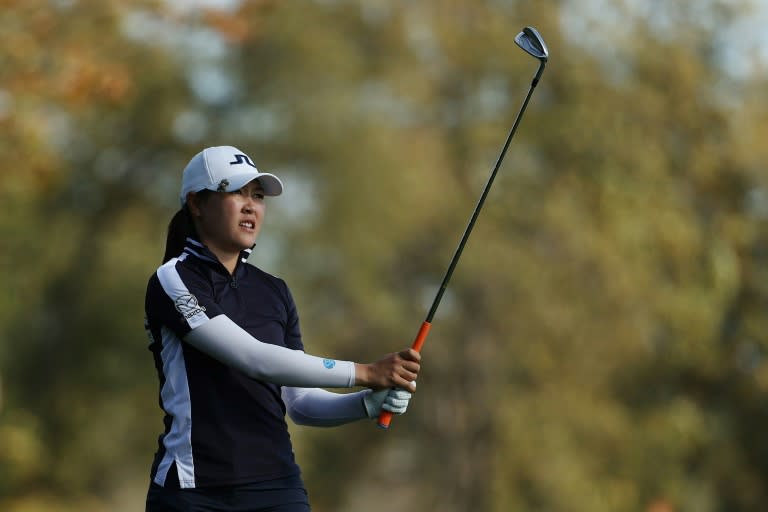 Malaysia’s Kelly Tan birdied three of her first four holes in shooting a three-under par 67 to match American Brittany Lincicome for the lead after Thursday’s opening round of the Women’s PGA Championship.

World number 189 Tan, seeking her first LPGA victory, sank three birdie putts from 25 feet and beyond to help offset two bogeys in a tough opening round at Aronimink in Newtown Square, Pennsylvania.

“Ball-striking was really good today,” Tan said. “I just feel like I was hitting to the right spot, giving myself those uphill looks, and made a few nice 20 to 30-footers.”

Lincicome managed four birdies against a lone bogey as she chases a third major victory after the 2009 and 2015 ANA Inspiration titles.

“Very happy,” Lincicome said. “Today it was kind of trusting my process, fairways and greens, being aggressive, don’t leave the putts short, and kind of just attack the golf course, and it kind of worked, which is really scary because this golf course was not easy. It was really windy. It was cold at times.”

Unheralded Tan, 26, produced her best LPGA finish with a share of fourth as a rookie at the 2014 Marathon Classic and didn’t crack the top 10 again until August when she shared ninth in the Marathon in only the second event back after a coronavirus shutdown in February.

“I try to tell myself that every day I have a little goal and try to achieve them and build confidence from there,” Tan said. “My ball-striking has been really good and I think that has been a key and it has been giving me a lot of confidence going into the next day.”

Her goal for round one was to stay calm and wait for opportunities.

“Just stay patient, take those 30-, 50-footers if you have to,” she said. “It was really hard on some of the holes to take the flag out of consideration. I think I did that really well, and I’m really proud about that.”

“It’s a major championship. You’re going to make bogeys,” she said. “I just look at it as those things are going to happen. I’m not a robot. I’m not going to hit it to a perfect spot every time. Just keep telling myself to keep giving myself chances and I did that very well coming home.

“This is a tough golf course, and I just feel like I hit it to the right spots. I could be aggressive on my putts and just really nice to see those long ones go in.

Lincicome birdied the second, took a bogey at the par-3 fifth, then added birdies at the par-5 ninth, par-4 11th and par-3 17th to claim a share of the lead, missing only one green in regulation all day despite tricky winds.

“Just trying to be aggressive,” she said. “We left a few putts short coming in. It was just tempo with the swing today and trying to swing slow.”