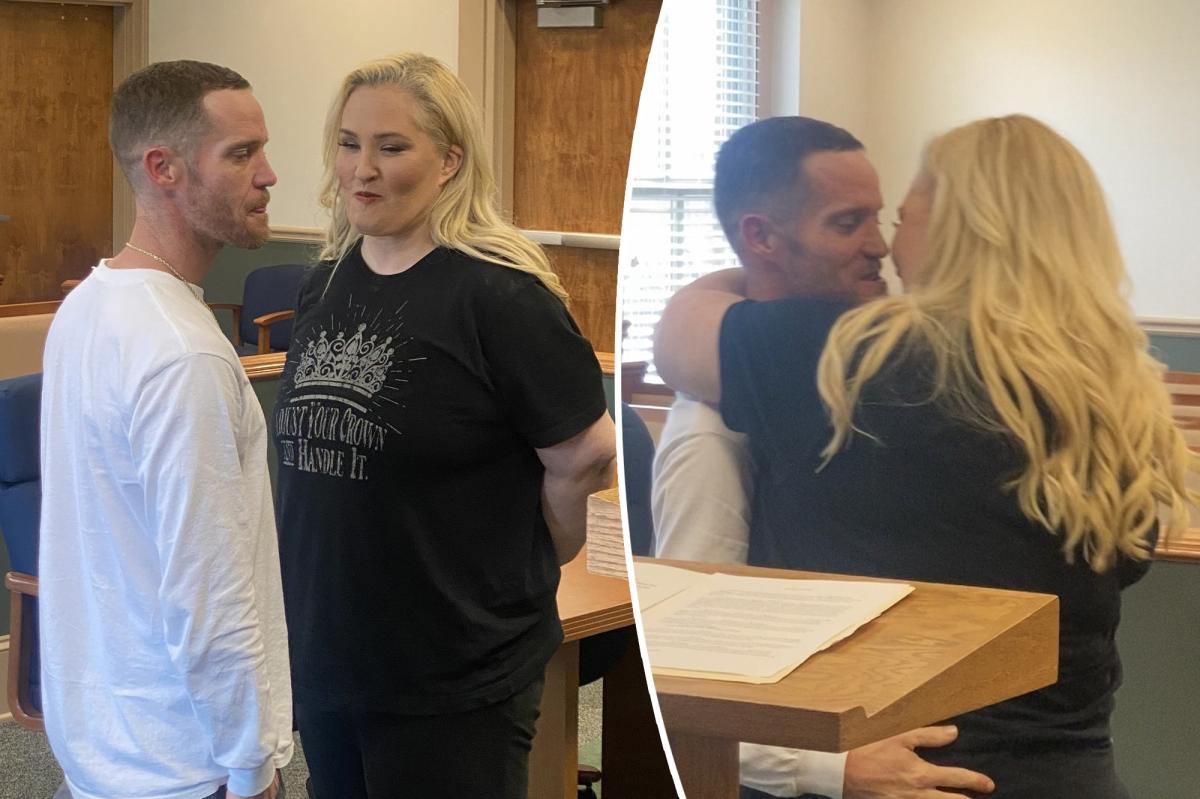 Mama June and Justin Stroud tied the knot earlier this year in a Georgia courthouse, with new photos showing just how in love the pair were when they said “I Do.”

June “Mama June” Shannon wore a black t-shirt and leggings for the occasion while Stroud donned blue jeans and a long-sleeve white t-shirt as they stood before an officiant March 23rd in the Wilkinson County courtroom and wed after dating for six months.

The couple was snapped looking into each others eyes and — of course — were photographed kissing after exchanging their vows.

“I know you guys been seeing it all over the Internet so we are here to clear up some of the rumors YES me and @officialsmallz1 Really got married back in march 23 on our
six month anniversary,” the reality star captioned an Instagram video Wednesday with her new husband.

“and yes it was so spur [of] the moment but if you wanna follow our love story make sure you turn [sic] into mama June from not to hot Road to redemption,” she added, plugging her new TLC show in which fans will apparently get to see their journey to the alter.

Page Six later obtained exclusive, PDA-heavy photos of the couple on what was assumedly their honeymoon in Panama City, Fla.

Shannon and Stroud previously sparked engagement rumors after they were spotted ring shopping at a Kay Jewelers store in the Auburn Mall in Alabama in March.