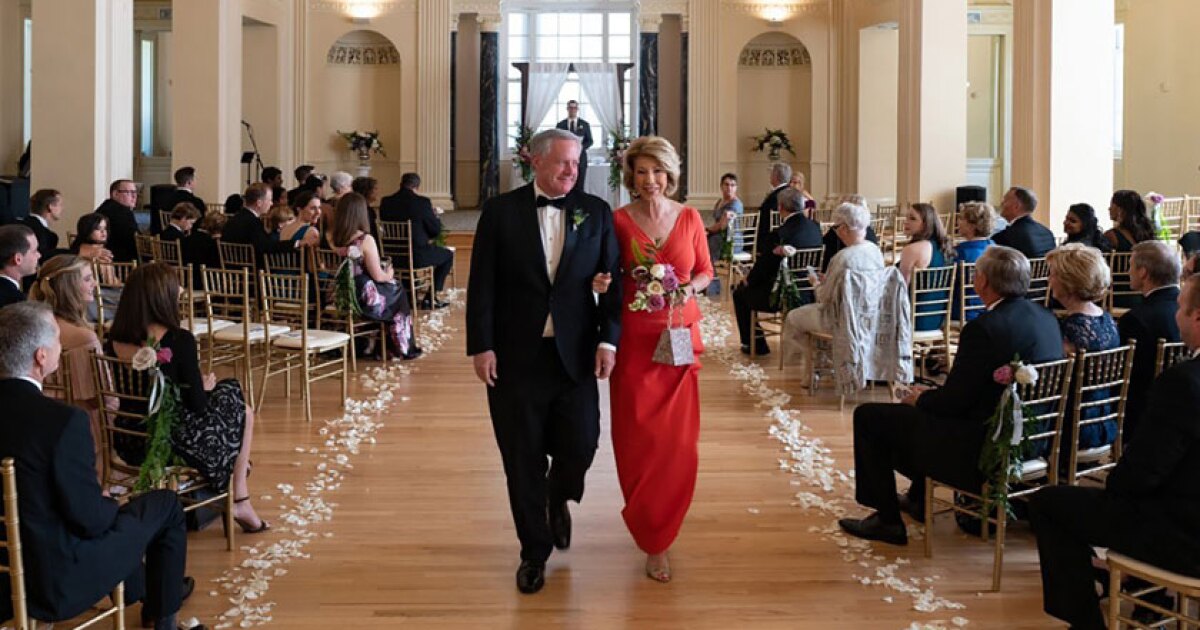 White House Chief of Staff Mark Meadows hosted a large wedding for his daughter that appeared to violate a Georgia order and city of Atlanta guidelines to stop the spread of COVID-19, a newspaper reported Thursday.

About 70 guests, including Rep. Jim Jordan (R-Ohio), wore tuxedos and ball gowns but no masks at the indoor wedding, and photographs show groups of people clustered closely together in the same room throughout the evening, the newspaper said.

Novare Events, which plans events at the Biltmore Ballrooms, verified ahead of time that it would be acting within the law and in compliance with details of the governor’s order, its president said in a statement to the Associated Press on Thursday.

“And while we do not comment on clients’ events, we can confirm that the entire 16,000 square feet of the space was reserved for this small wedding — greatly exceeding the per person square footage allowed by the Order,” Antar added.

Meadows’ staff did not respond to emailed requests for comment from the Associated Press on Thursday.

The protests over racial injustice broke out in other cities across the U.S. as well, including in Washington, where at one point Secret Service agents rushed President Trump to an underground White House bunker previously used during terrorist attacks. The West Wing was mostly empty, and many staffers were told to stay home to avoid the protests. The AP reported at the time that Meadows was out of town celebrating his daughter’s wedding.