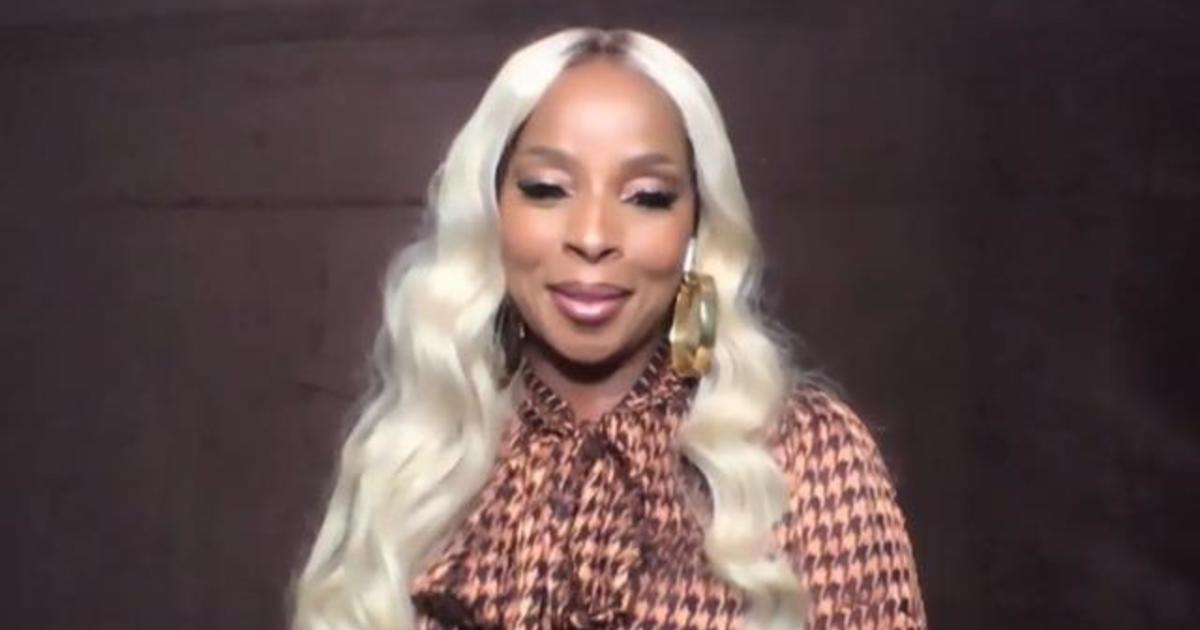 Nine-time Grammy winner Mary J. Blige is using her powerful voice to bring attention to the barriers Black women face when it comes to breast cancer screenings — according to the CDC, breast cancer has a 40% higher mortality rate among Black women than White women..

Teaming up with the Black Women’s Health Imperative, Blige took part in a PSA where she recounted her own personal experience with breast cancer in an effort to try and inspire Black women to be proactive when it comes to their health.

“I lost my aunt to breast cancer. And that has crossed my mind a bit when I’ve gone in for my annual appointments,” she says in the video. “However, I haven’t let that stop me from being sure about my health and I don’t think anyone else should either. Black women are often very private. We don’t want people knowing our business. But the more we open up, the more it allows us to share information that can be lifesaving.”

Blige joined “CBS This Morning” Tuesday to discuss the initiative, called “P.O.W.E.R. of Sure,” which stands for: prevention, own your health journey, wellness, early detection and results and resolutions.

“A lot of us when we’re growing up, in our households, our mothers don’t mention mammograms or the importance of it, or even breast cancer,” Blige said.

She said her aunt may be alive today if she had the critical information she needed.

Blige also talked about songwriting in the age of coronavirus. “I was in the pandemic feeling more creative because there’s so much to say,” she said.

Finally, Blige praised fellow artist Megan Thee Stallion who wrote a powerful op-ed in the New York Times on how racism and sexism played a role in the public controversy over her recent shooting by rapper Tory Lanez.

“I love Megan Thee Stallion. I respect her. She’s a beautiful person. A strong woman, and she’s ahead of the game already because she understands what this game is,” she said.

Gayle King: Hello, Mary J. Blige. This is so important that you’re doing this.

King: Really good to see you.

Blige: Good to see you.

King: You talk in the PSA that you had your first mammogram in your 40s and that you didn’t know what to expect — and I know that moment. You walk into that room and you look at that machine and you say, you’re going to squeeze what with what? And how flat is it going to be? How is it going to work? It is very daunting when you look at the apparatus.

King: Do you recall that first experience and what it was really like for you?

Blige: Yeah. My first experience I was a little nervous because, not just the fact that, you know, is it going to hurt but just getting diagnosed with breast cancer, like, you know, who wants to walk away with that news? But once I did it, you know, it was all about wanting more information about my body. Now I want to know everything about me because now if I can see it, you know, when it’s the 3D mammographies or the x-rays, I can change it… It’s about knowledge. You know, knowledge about your body. Knowledge about how a mammogram can save your life, it’s power.

King: You say your health is your wealth. Mary, that moment when you’re sitting there waiting for the results and the doctor walks in, you’re trying to look at their face… You say if your aunt had had this information, possibly her life could have been saved because according to the CDC, breast cancer death rates are 40% higher among Black women than White women.

Blige: Right. Exactly. Like, I believe if my aunt had this information, she would be alive. I mean, a lot of us when we’re growing up, in our households, our mothers don’t mention mammograms or the importance of it, or even breast cancer. A family member just ups and dies, and later you find out they had breast cancer. With me going and having the information that I have, there’s a bunch of women that love and respect, you know, just everything that I do and I just always want to share with them, you know, not preach to them, just me being an example of, you know, healthy living. Just trying to live healthy and this is a part of it.

Anthony Mason: Mary, it’s Anthony Mason. We’re talking about some very important health issues here. And I wanted to talk about mental health in this coronavirus, because I read that Mary J. Blige was going back and listening to a lot of Mary J. Blige music, something maybe you don’t often do.

Mason: What you heard in that and what you took from it.

Blige: Man, I took a lot of learning how to be patient, especially from my life. There is this line where it says, “Take your time, one day at a time. It’s all on you, what you gonna do.” And In the middle of a pandemic, what else can we do, except for take our time, one day at a time? We can’t go anywhere. We can’t see our family members. So we just have to pray. We have to be patient and pray for patience and, so yeah, you know, it was definitely my life and my lyrics ministering back to me and giving me inspiration.

Mason: Are you feeling more creative at this point in time or more sort of — a lot of people feel very shut down.

King: That’s why it’s good to put on a good old Mary J. Blige song. She will get you through many things, Mary J. Blige.

But this just happened before you came on — Meagan Thee Stallion wrote a very powerful op-ed in the New York Times today. She says, “I was recently the victim of an act of violence by a man. At a party I was shot twice. I walked away from him. I was not in a relationship.” And then she goes on to say, “The way people have publicly questioned and debated whether I played a role in my own violent assault proves that my fears about discussing what happened were unfortunately warranted.”

And this is a line that gets to me: “The issue is even more intense for black women who struggle against stereotypes and are seen as angry and threatening when we try to stand up for ourselves and our sisters. There is not much room for passionate advocacy, if you are a Black woman.” I just thought — Bravo, Megan, for writing it, and I’m curious about your reaction upon hearing it. I’m reading it, too, for the first time.

Blige: Well I mean, this is my first time hearing it. I love Megan Thee Stallion. I respect her. She’s a beautiful person. A strong woman, and she’s ahead of the game already because she understands what this game is. You have to be private. As public as you are, people see your life publicly, you have to be private. And you can’t give everyone everything. And as much as people think they know about me — a lot of people know a lot about me, because I’ve been really open and transparent — but they don’t know a lot about me.

King: She’s talking, Mary, about the minimalization of Black women that I think is very important to address. Does that resonate with you at all?

Blige: Well, I mean, it does and bravo to her for understanding that.

King: For understanding and speaking it.

King: It’s in “The New York Times” today. I highly, highly, highly recommend people read it. Mary J. Blige, thank you, and bravo to you for doing this.

King: Good to see you.