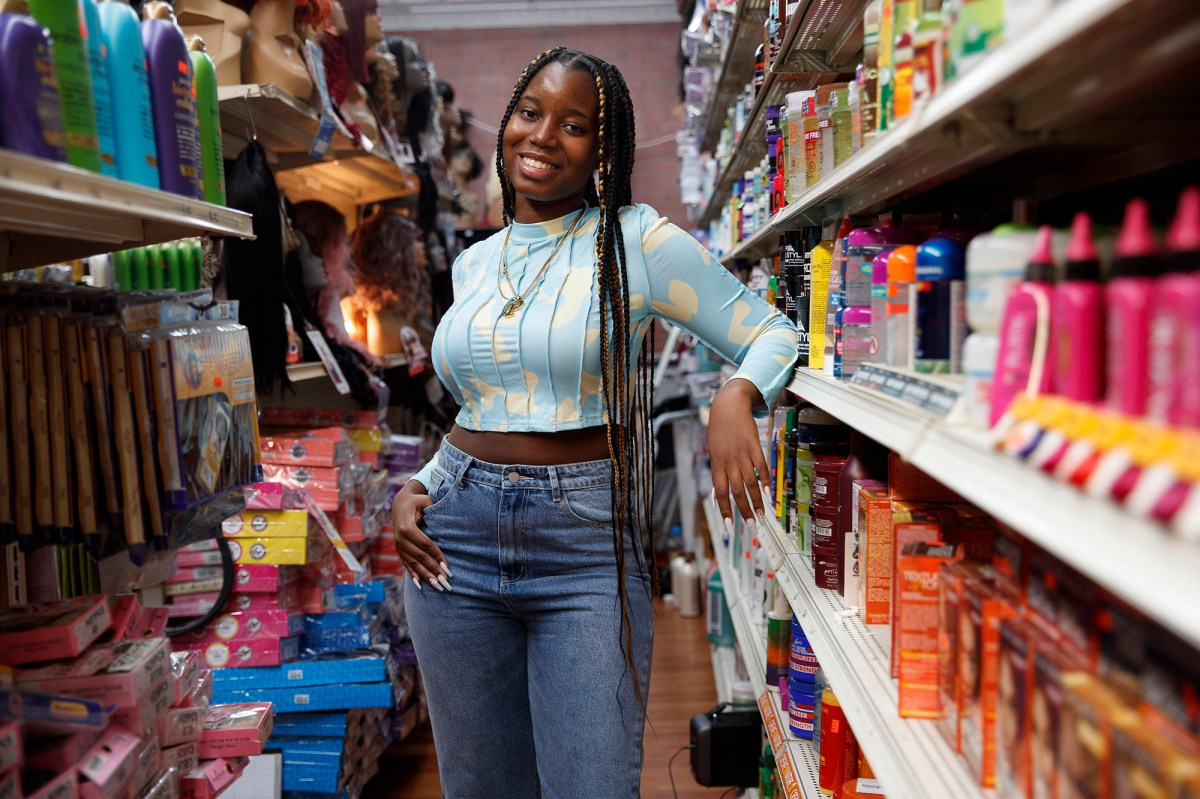 The precocious 16-year old opened her own store, Paris Beauty Supplyz, on Church Avenue in Flatbush last month. She even has an employee who is six years older than her.

“It’s not as awkward as you might think,” McKenzie told The Post of the managerial relationship. “Giselle is 22 and she is so kind and welcoming. It’s not like, ‘Oh this 16-year-old is bossing me around.’ ”

But McKenzie is very much in charge — and putting on a masterclass in the pandemic hustle. A senior at the High School for Human Services and Health Professions, she grew up working in her mother’s nearby salon, learning the tricks of the cosmetology trade, including hair and nails along with entrepreneurial skills.

When a beauty shop in the neighborhood was shutting down, the store’s previous owner approached McKenzie’s mom because of her family connections on the block.

“We purchased products from that store almost every day,” McKenzie said. “We’ve been on the avenue for about 16 years and we know everything about it.” Her 28-year-old brother, Oshane, a former Marine now studying mechanical engineering, signed most of the paperwork and created an LLC for his little sister. She said she made the financial commitment with money she had saved from toiling away in her mother’s salon.

During August, she and her family did renovations in the space including pulling up carpet and installing flooring, exposing brick walls and adding shelving. A sign was hung outside, incorporating the silhouette of the Eiffel tower into the bright pink name. When the doors opened Sept. 4, McKenzie tweeted out her excitement.

“I just became the youngest black owner of a beauty supply store at 16 years old! A simple retweet or like can help support,” she wrote alongside a picture of her standing by the storefront.

There was nothing “simple” about the response. The post boomeranged around social media, garnering 139,800 likes and over 57,000 retweets. The store’s Instagram following shot from about 60 to more than 13,000.

“It feels amazing, but at the same time I haven’t fully wrapped my head around it,” McKenzie said of being a shop owner.

As the praise flowed in, so did some haters.

“There are people out there who tell you that you are too young to do this or that. I feel like I have proved people wrong,” McKenzie said. “There will still be the comment, ‘She can’t be the owner. it’s illegal.’ ” (Her brother is technically the guarantor.)

But the online attention has brought in lots of curious customers, including from as far away as North Carolina. “One person came in and said her nephew in Antigua saw the post and told her to check it out,” McKenzie recalled.

She’s also become a magnet for parents who want their own children to soak up her drive — turning her shop into a kiddie “Shark Tank.”

“One of the best things is parents come in and bring their children to meet me and ask me questions. They ask me how I do it, and I try to give good advice,” she said. “One girl was 9 and she wanted to start a lemonade stand and a lip gloss brand, so we sat down and talked about potential brand names.”

Some of McKenzie’s teachers from her middle school days at Brooklyn’s North Star Academy have asked her to participate in career day. She notes that she’s fortunate to have a great mentor in her beautician mother, Senica Thompson, an immigrant from Jamaica.

“I mostly look up to my mother: her life story and how she built herself in this country,” she said. “I always turn to her for motherly and business advice. She is so wise and smart.”

Despite her fast success in the beauty business, the soft-spoken teen — who loves to unwind by watching reruns of “House” and “Scandal” (“Kerry Washington is my biggest hero after my mom,” McKenzie said) — isn’t going to pursue an MBA.

Instead, she’s eyeing pre-med programs at schools including Georgetown, Hampton, Howard and Johns Hopkins, with plans to become a pediatric orthopedic surgeon.

“I don’t want to limit myself to New York schools,” said McKenzie. But she doesn’t plan on abandoning her shop when she goes away. Rather, she hopes to make it more self-sufficient and get her family up to speed so they can help the store run smoothly in her absence. “I always feel I can do more.”