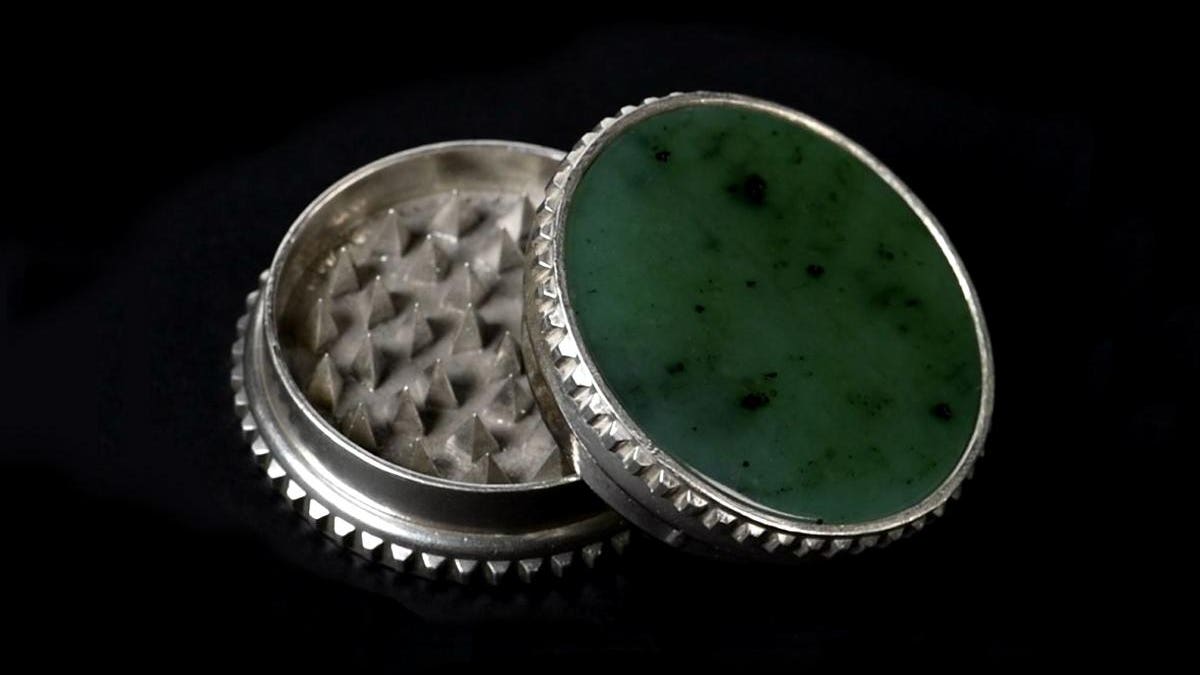 What do electronic music, precious metals and cannabis have in common? All three are passions of Toronto-based goldsmith Alex Dordevic, the CEO of Tribe and a man who wants to change the meaning of the word ‘luxury’ in the cannabis accessories space.

Established in 1993, Tribe began as a magazine documenting Toronto’s budding underground electronic music scene. It was the first in Canada to possess an online parallel, with a community now “four and a half million pages deep” according to Dordevic. Though the magazine halted publication in 2005, its forum is still active and has become a place where the multitalented publisher-turned-goldsmith can spread the seed, so to speak, among readers and cannabis consumers interested in customized high-end cannabis accessories.

While the pivot might seem an odd one, Dordevic says his idea for a business that produced lavish items out of Canadian precious metals and gems took root in the years leading up to legalization. Wanting to participate in the new industry in an ancillary market to avoid the “intense” regulations put in place by Health Canada, his plan was to create a new tier in the market for cannabis accessories while putting skills he had acquired nearly 50 years earlier to use.

“It’s a gold thread that has run through my entire life in spite of various other long careers like magazine publisher and photographer,” he says. Dordevic learned jewelry making and stone polishing from his fifth-grade teacher, opening him up to Montreal’s jewelry district at a young age and connecting him with established goldsmiths, jewelers, and gem cutters.

“I thought, I have skills to bring to bear on what could be a new world of legal cannabis,” he says, noting that the trend of having cannabis accessories manufactured for less overseas has come to influence their overall aesthetic. “In any industry, there’s a high-end category, but in the cannabis industry there wasn’t. I thought, let’s make one and let’s make it 100 percent Canadian.”

Accessories For The Affluent Stoner

While some brands had begun to tap into the market of more luxurious cannabis accessories, none, he thought, came close to what Dordevic had in mind. While he recognizes an existing and longstanding market for high-end art glass accessories, he’s introduced bespoke items to the market made of materials such as gold and silver from the Royal Canadian Mint, and Canadian gemstones including diamonds, jade, vesuvianite, amethyst, and peridot.

“Canada is absolutely brimming with treasure, and we want to showcase the beauty of Canadian materials, design and workmanship to the world,” he says. “That is the core mission.”

Dordevic has integrated his love for fine craftsmanship and cannabis into a line of accessories that includes a 24K gold dabbing nail (starting at USD$5,000), a customizable grinder made of half a pound of fine silver and an optional choice of gemstone (starting at $2,000), a pair of 14K yellow gold terp pearls ($89), and in true Canuck fashion, a limited edition dabber tool shaped like a hockey stick ($249).

Jewelry Cast From The Cannabis Plant

While the gold accessories, touted as safer than traditional materials and “meant to last,” tend to be on the more expensive side, Dordevic says Tribe’s cannabis-inspired jewelry pieces are made for the average pot consumer interested in spending their money on locally manufactured products made with traceable materials, rather than outsourced ones.

“The meaning of jewelry has changed over time, but I think people are willing to pay for real materials and not just plated gold,” he says, adding that despite his anxiety, sales have continued at a steady pace throughout the Covid-19 pandemic.

“We start with an idea for a product and then bring the plant and the team together to create it,” he says. “For the cannabis seed ear studs for example, we sorted through a full pound of seeds from a local grower to pick out the biggest and plumpest seeds to cast, because most are too small for decent ear studs.”

He’s currently working on casting fresh cannabis leaves in silver and lamenting the process (“I’ve spent three weeks trying to do this and believe me, it’s not easy,” he says), but envisions making bracelets and even engagement rings made of individual leaves cast in gold.

According to Dordevic, for his customers, it’s less about opulence and more about their connection to the plant. “The people who buy the products have a feeling for cannabis,” he says. “They don’t just use it or consume it, they have a sense for it. I think what we do captures that in a way that people can bring it with them. There’s truly a market there for quality.”