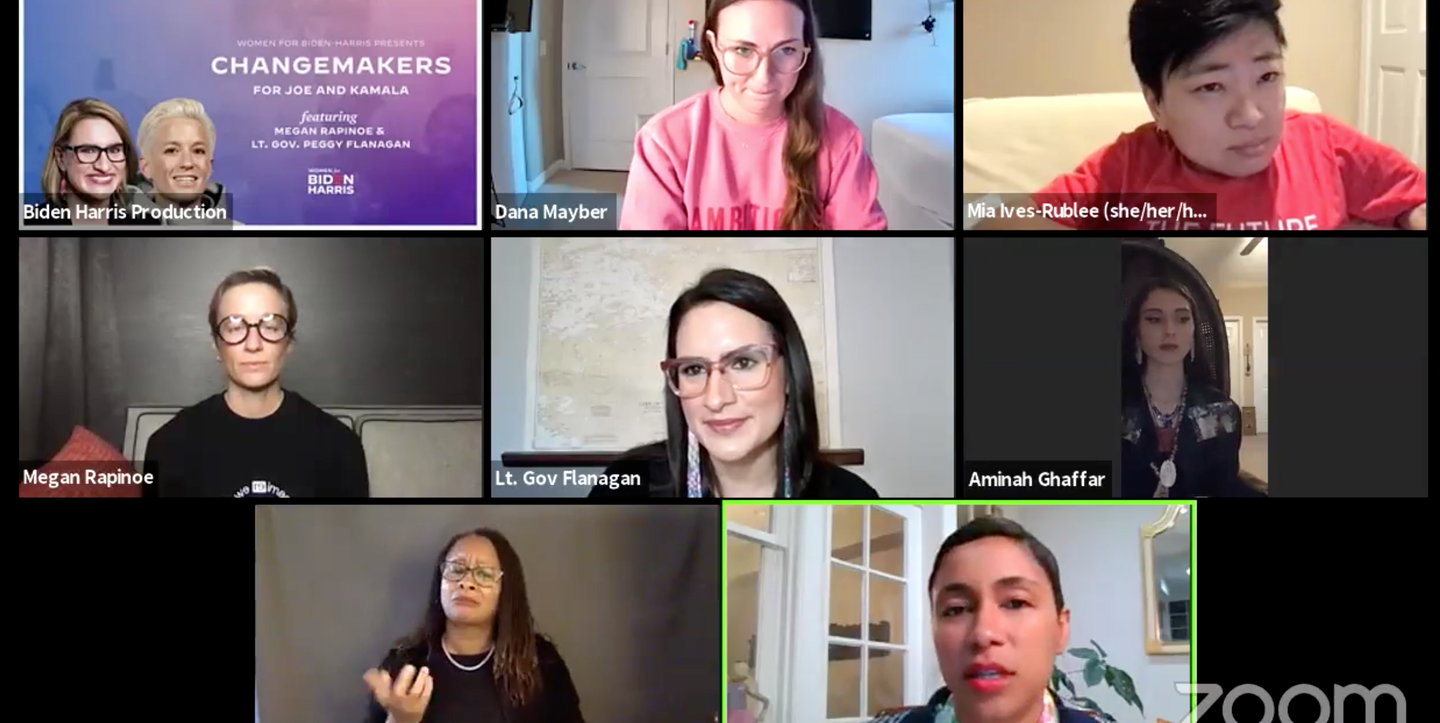 “We don’t have to live this way,” said professional soccer player and gold medalist Megan Rapinoe. “I think that there’s a better option for us,” she added, a common theme of the night. But how? Well, to vote.

“Knowing that your voice matters, knowing that you are doing the work in communities and even just voting one time, we know how much that matters,” said Megan, who also challenged people to understand the importance of getting involved. “I think when the elected officials are held accountable by the community and their priorities are in line with the community, the quality of life and the wellbeing and the wells of those communities and those people is better.”

And as for what needs to change? Well, a lot. Congresswoman Sharice Davids spoke throughout the night about what the average Native woman must do today, in 2020, to make what the average white man made in 2019. According to Equal Pay Today, a Native woman earns 60 cents to a white, non-hispanic man’s dollar.

In addition to pay inequality, the group focused on healthcare. “Particularly multi-marginalized people have been just fighting just to get air in this environment,” said Mia Ives-Rublee. “I talk to people about the reasons why I support Biden, and it’s because he has polices insuring that more people get healthcare access. Making sure that disabled people are able to get paid a living wage,” she added.

The main takeaway: Know what change you want to see in the world, and how you can make it happen. “I really encourage people just to listen. Take time to listen and take time to learn about different issues that are outside your paradigm,” said Aminah Ghaffar.

For many, this election is more important than any in our nation’s history. Whether it’s your first time voting, or you still need to register, there’s time to get involved and use your voice to create the future you want to live in.