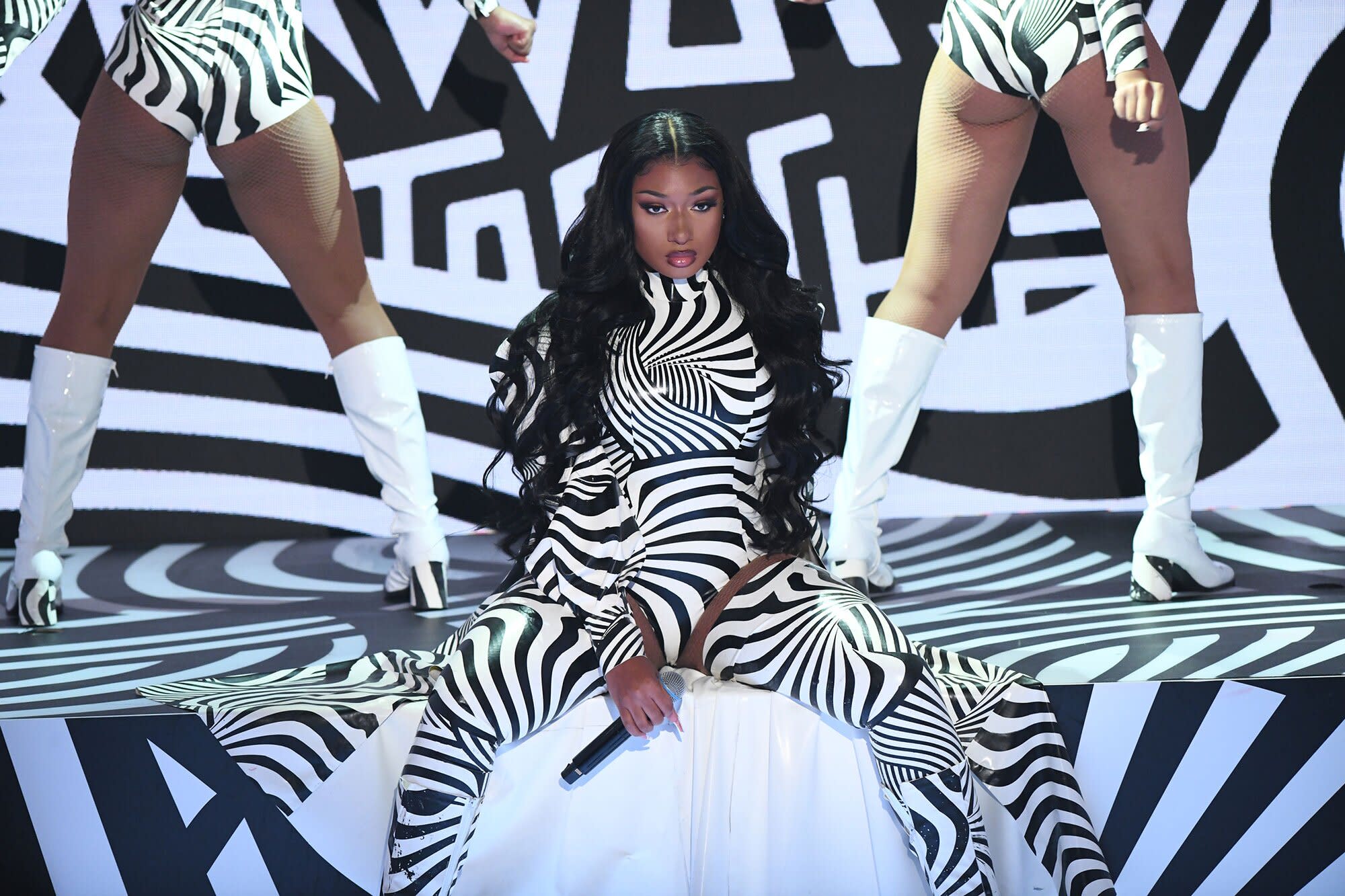 In her SNL debut, Megan performed her March release “Savage” alongside four dancers in a room enveloped by the words “Protect Black Women.” The words disappear from sight into darkness midway through the song as gunshots take over the chorus, the black screen replaced by bullet holes.

“The most disrespected, unprotected, neglected person in America is the Black woman,” an audio clip of Malcolm X’s famous 1962 speech, “Who Taught You to Hate Yourself,” says. “Who taught you to hate the texture of your hair, the color of your skin, the shape of your nose? Who taught you to hate yourself from the top of your head to the soles of your feet?”

“Daniel Cameron is no different than the sellout negroes that that sold our people into slavery,” the clip from Mallory’s reads.

After using words from Malcolm X and Mallory, Megan used her own.

Taylor was fatally shot on March 13 by Louisville Metro Police Department who entered the premises with a “no-knock” search warrant tied to an ongoing drug investigation. After a lengthy investigation, only one of the officers who were on the scene was charged with wanton endangerment for shooting into her apartment, which affected a neighboring unit. No one was charged for the murder of Taylor, a 26-year-old EMT. Taylor’s family was awarded $12 million in a civil suit against the City of Louiseville, though no justice was granted through the legal process.

Megan later hit the stage with Young Thug for a performance of “Don’t Stop,” below.