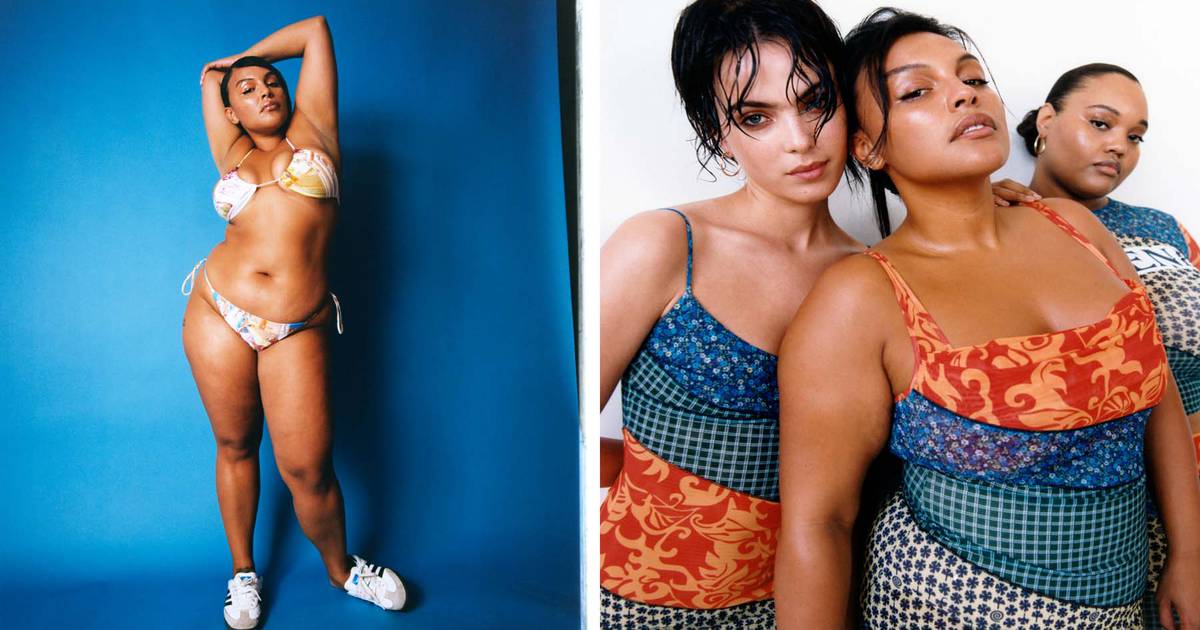 Over the last year and a half, New York and Los Angeles “cool girl” apparel label Miaou, best known for its sexy bustier tops and grommet-punched jeans, funnelled its fortunes back into its business on a launch that would usher in its next era: plus size.

For its first plus-size collection, the independent brand, which was founded in 2016 and saw rapid growth during the pandemic thanks to shoppers scooping up the matching sets for which the brand is known, collaborated with Paloma Elsesser, model du jour and friend of Miaou founder Alexia Elkaim. Miaou will offer sizes up to 4XL for a special capsule collection and parts of its core offering.

Entering plus size, which ranges from a US size 14 to 40, with typical assortments only extending to size 24, seems an obvious win for brands. The plus-size apparel market in the US was estimated to be worth more than $34 billion in 2021 according to Coresight Research, with 21 percent growth year-over-year outpacing overall women’s apparel growth.

Despite the opportunity, plus offerings in fashion are still limited. Many luxury brands cap their size range at average or just below, usually around a US 12. Plus sizes are also historically excluded from the trend cycle — only 34 percent of cut-out products available on the market are offered in extended sizes, for example, according to retail intelligence platform Edited.

Fast-fashion retailers and trendy labels like Miaou are closing that gap. But in order to get product in front of the consumers asking for it, retailers need to do their part, too.

Simply launching plus size does not ensure a brand’s success in the space. It’s also a matter of pushing forward an industry perilously resistant to change, which comes from literal and figurative buy-in from retail partners, who are able to get product in front of consumers who may have previously thought that a brand like Miaou wasn’t for them. But as Miaou’s experience proves, that’s easier said than done.

“We’re hoping that we challenge the market and we challenge brands like us,” said Elkaim, who is also chief executive. “Making clothes that are cute for bigger sizes feels like a no brainer and we’re excited that we’re able to do it.”

Though plus size has long been on Miaou’s radar, Elkaim said the brand, which squarely serves a trend-spotting consumer with an eye toward Y2K, had to wait until it could afford to invest in researching, developing and producing extended sizes properly.

“I wish that there were more sizes that we made, but it’s expensive and we couldn’t. That was the language that we were constantly using: We’re working on it, we’re working on it,” Elkaim said. “Finally, last year we were at a place financially where we could really prioritise it.”

Over the past two years, Miaou has grown 600 percent year-over-year, after starting with $1.5 million in annual sales prior to the pandemic, said Eric Best, Miaou’s co-founder, COO and CFO. The company, which has not taken outside funding and is now profitable, expects to grow its gross revenue to tens of millions by 2023, predicting that the addition of plus size will boost annual revenue growth by 30 percent.

Having the money to launch plus was one thing. But Miaou also needed Elsesser, who began modelling seven years ago and has since been featured on international runways and multiple covers of Vogue, to help them do it right. (The deal between Elsesser and Miaou includes a revenue share of the collection.) For example, the brand initially intended to release up to size 2XL for its initial plus launch; Elsesser pushed for the two additional sizes. And in the designs themselves, Elsesser suggested changes for how to cut a product made for a larger size.

“There is privilege in access and I’ve oftentimes felt really frustrated by this cognitive dissonance in knowing that brands that I work with are not providing that ease,” said Elsesser.

Dipping a Toe, Avoiding the Plunge

Even when brands and retailers have the right intention in launching plus sizes, faulty execution can lead to failure.

Some don’t offer a broad enough size range at launch, or if they do, they do not introduce graded sizing to accommodate changes in body shape further up the size range. Other retailers fail to make shoppers feel welcome in store with a lack of extended sizes kept in stock; online shoppers may not find e-commerce models that reflect the full-size range.

Miaou is working with its wholesale partners to prevent these mishaps but has found some roadblocks along the way. Selfridges and Ssense will stock Miaou’s plus size launch exclusively for one month before expanding to Revolve. Selfridges invested in the full-size range and will be opening a shop-in-shop for Miaou, the brand’s first dedicated, permanent retail space in a physical store.

But while Ssense is casting plus-size e-commerce models specifically for the new line, it is only purchasing up to size 2XL. Revolve, too, is only offering shoppers the option to purchase the Miaou extended sizes up to a size 2XL, making Selfridges and Miaou’s own e-commerce site the only places to purchase the full-size range.

“Obviously we’re a little disappointed to see that they didn’t fully invest in it,” Best said of Revolve’s decision to only purchase up to a size 2XL.

In response, Revolve divisional merchandise manager Bella Leverich said the company is eager to build out its plus offerings, pointing to work with Good American and a collaboration with the plus-size TikTok influencer Remi Bader as evidence.

“There’s definitely no hesitation on our end and we have seen the success with the two brands that I mentioned,” Leverich said. “[We are] testing this out now and hoping that we continue to engage in the extended sizes scale.”

Likewise at Ssense, the team pointed to successful plus-size offerings with the brand Sinead O’Dwyer that have encouraged it to think more strategically about inclusive sizing. “Our challenge right now is more on the operational side,” said Brigitte Chartrand, Ssense vice president of womenswear.

For all its good intentions launching plus, Miaou couldn’t convince plus retailer 11 Honoré, which specialises in plus-size designer apparel, to buy in, Best said, because the retailer said the Miaou customer and the 11 Honoré customer are different. A spokesperson for 11 Honoré declined to comment.

In the end, Miaou’s founders say they are committed to introducing even more sizes in the future — without waiting for anyone else to catch up.

“Representation has somehow convinced people that the industry has changed more than it has,” Elsesser said. “Diversity in all facets was at such a fucking profound deficit … We’re not building on foundation, we’re crawling out of the ditch.”