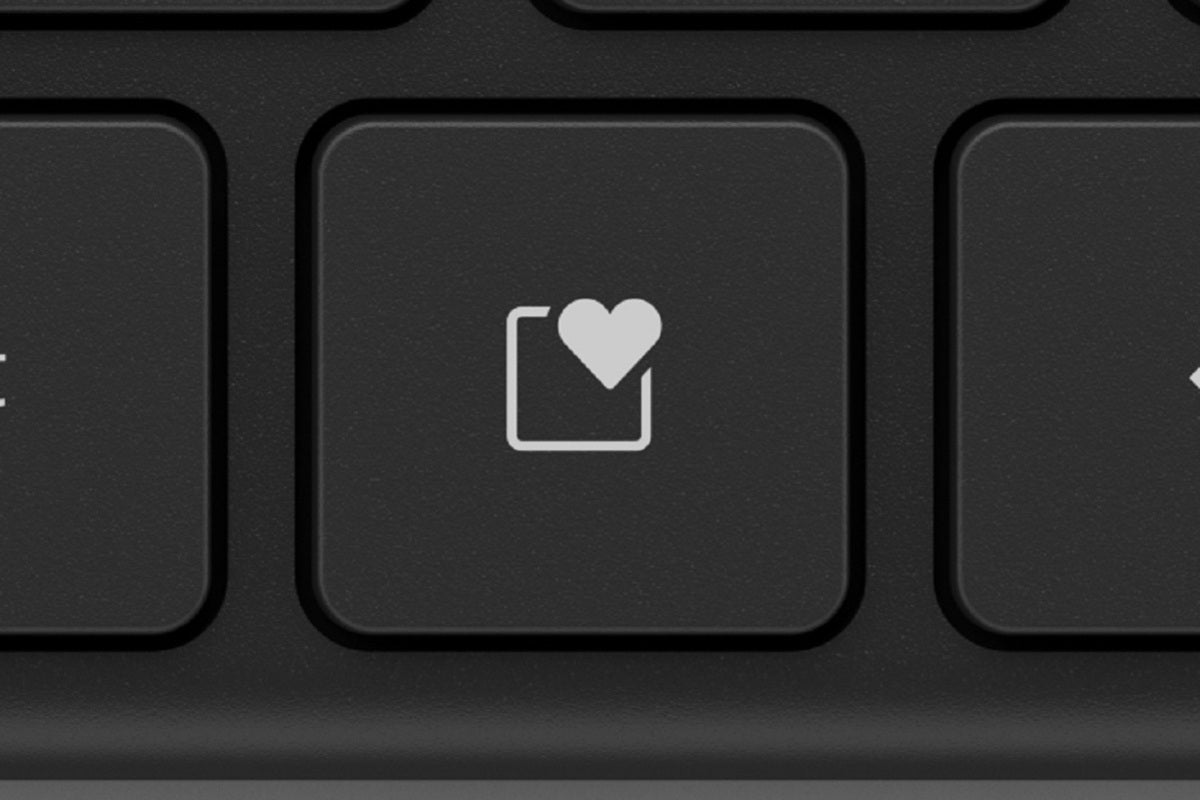 The most interesting new arrival may be the Designer Compact Keyboard. It has a “heart” key that (who knows?) may become a new signature key on Microsoft PCs.

Microsoft isn’t saying much about these new accessories, but here’s what we know:

The $70 Microsoft Designer Compact Keyboard is characterized as a “slim, narrow, and elegant keyboard optimized for modern productivity.” As more Bluetooth PC peripherals seem to do these days, you have the option of switching among three different external devices. A real plus, however, is the battery life: a full two years, though we don’t know how much the typical use is, or what type of batteries it uses.

You’ll also notice one significant difference between the Designer Compact Keyboard and others: the little “heart” key, which Microsoft calls the Expressive Input key. Essentially, it’s a shortcut to the emoji keyboard (Win + 😉 but Microsoft also plans to add GIFs and other inputs, which is why Microsoft is using the “Expressive Input” name. Right now, we haven’t seen this key on new Surface hardware, but you never know what the future may hold. (Microsoft’s Ergonomic KeyboardRemove non-product link technically has an Expressive Input key as well, but it’s a small smiley-face.)

The $25 Microsoft Number Pad is near and dear to my heart, if only because most laptops leave off the dedicated number pad that’s often included on full-size mechanical keyboards. In addition to simply making data entry easier in apps like Excel, lefties tend to use the number pad for gaming, as the left-handed equivalent of the WASD layout. With the number pad, even an traditional notebook can become a gaming PC without the need for a controller.

Microsoft’s 4K Wireless Adapter ($70) continues Microsoft’s dogged pursuit of using Miracast to project your PC’s display onto your TV. Like a Google Chromecast, the HDMI dongle connects to your TV’s available HDMI input, while the USB connector plugs into its service port.

Unlike a Chromecast, the 4K Wireless Adapter isn’t designed for streaming apps at all, as it’s a casting extension for your Windows PC or Miracast-compatible Android phone. I’ve never had much luck projecting my PC’s display to my wireless TV because of the horrendous latency, but Microsoft’s new adapter can tap into Wi-Fi (Miracast over Infrastructure) for a stronger, more reliable signal.

If you’re a member of the right-handed cabal, you’ll find that the Ergonomic Mouse has a comfortable thumb rest, with two navigation buttons within easy reach of your thumb. It’s an alternative to the Microsoft Modern Mobile Mouse, designed not to be handist and therefore accessible to both righties and lefties.

Note: When you purchase something after clicking links in our articles, we may earn a small commission. Read our affiliate link policy for more details.