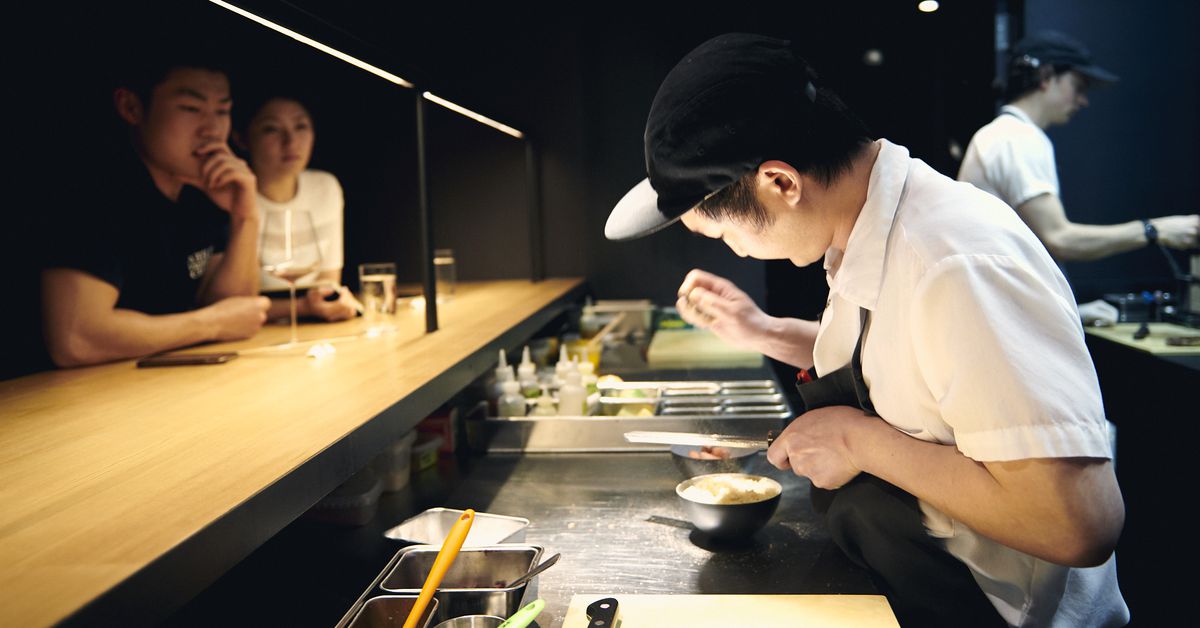 The beleaguered no tipping movement continues to sputter as more and more New York restaurants drop the policy. Momofuku Ko in the East Village, David Chang’s expensive chef’s counter spot, will nix its four-year-old effort at service-included pricing on July 1 — a move that will effectively hike up the cost of dinner by 20 percent.

Ko is reinstating tipping as part of a bigger company initiative to become “competitive” in its hiring practices, says Momofuku chief executive Marguerite Mariscal, adding that dropping gratuities “never really worked.” Ko is informing patrons of the changeover when they visit the bookings site.

The new policy allows the restaurant to keep its menu prices “the same” in a world of rising food costs, while increasing compensation for the team and maintaining benefits, a website FAQ states. Keeping prices the same, of course, is only meaningful for rare patrons who don’t leave gratuities. The set menu will remain at $280, but since that price will no longer be inclusive of gratuity, dinner will now cost $361 after tax and tip. Add on optional wine pairings at $195, and dinner for two will cost $1,224, an increase of just under $200.

The a la carte bar room, where most dishes run $7-$60, will drop the service-included system as well. Prices at the bar are already in line with what a comparable restaurant might charge before tipping, says James Parry, vice president of restaurant operations at the group. He’s right: Quadruple-fried chicken wings are $7 apiece, hamburgers with foie gras are $22, and a hake dish clocks in at $38. The transition should be less noticeable there.

Parry says Ko’s front-of-the-house hiring has been the “most challenging” of any Momofuku restaurant, and that service staff turned over completely when no tipping went into effect in 2018. Parry also says that service-included pricing didn’t help much to bridge the gap between lower paid cooks and higher paid servers. The latter group also benefited from an optional gratuity line.

In advance of the July changeover, Ko has hiked back of the house wages by about 15 percent to roughly $25/hour. Parry says the change is already helping attract back of the house staffers, including ones who had previously left.

Both Parry and Mariscal tied the developments at Ko to larger company efforts to improve its suite of benefits, including 16 weeks of parental leave, four-day work schedules and the possibility of sabbaticals. “We’re under no illusions that hospitality is a very challenging lifestyle, and we know that’s why people aren’t coming back to it,” says Parry.

In the 2010s, a la carte restaurants that tried eliminating tipping — a practice that evidences signs of sexism and racism — typically encountered a rough go of it due to lower sales and staff defections. A few venues like Fedora and Momofuku’s now-closed Nishi reversed that policy within months, while Danny Meyer ended his no tipping experiment after after a five-year run in 2020.

Fancier restaurants have more successfully employed this model, often in an effort to more equitably compensate staffers, especially cooks, who aren’t traditionally eligible for tip pools. But the pandemic jolted the hospitality industry labor market, putting pressure on wages as workers left in droves, a reality that also created a talent shortage. It’s against this backdrop that a small group of high-profile New York establishments — Aska, Atera, Eleven Madison, and now, Ko — ended their own tip-free policies, dramatically raising prices in one fell swoop by reinstituting gratuities.

Momofuku’s chief executive stressed that this might not be the end of gratuity-free dining at Ko in the long run. “I think the best model is for there to be a tip inclusive model for all restaurants,” Mariscal says, while noting that the city’s minimum wages make that difficult. Currently, most local workers must earn a minimum wage of at least $15/hour, while tipped workers can be paid a lower rate of $10/hour as long as gratuities make up the difference. Mariscal said she believes that restaurants will continue to alternate between tipping and service-included models as long as that two-tiered wage structure exists.

As Ko reverts back to tipping, the restaurant is dropping its requirement patrons fully prepay for dinner.