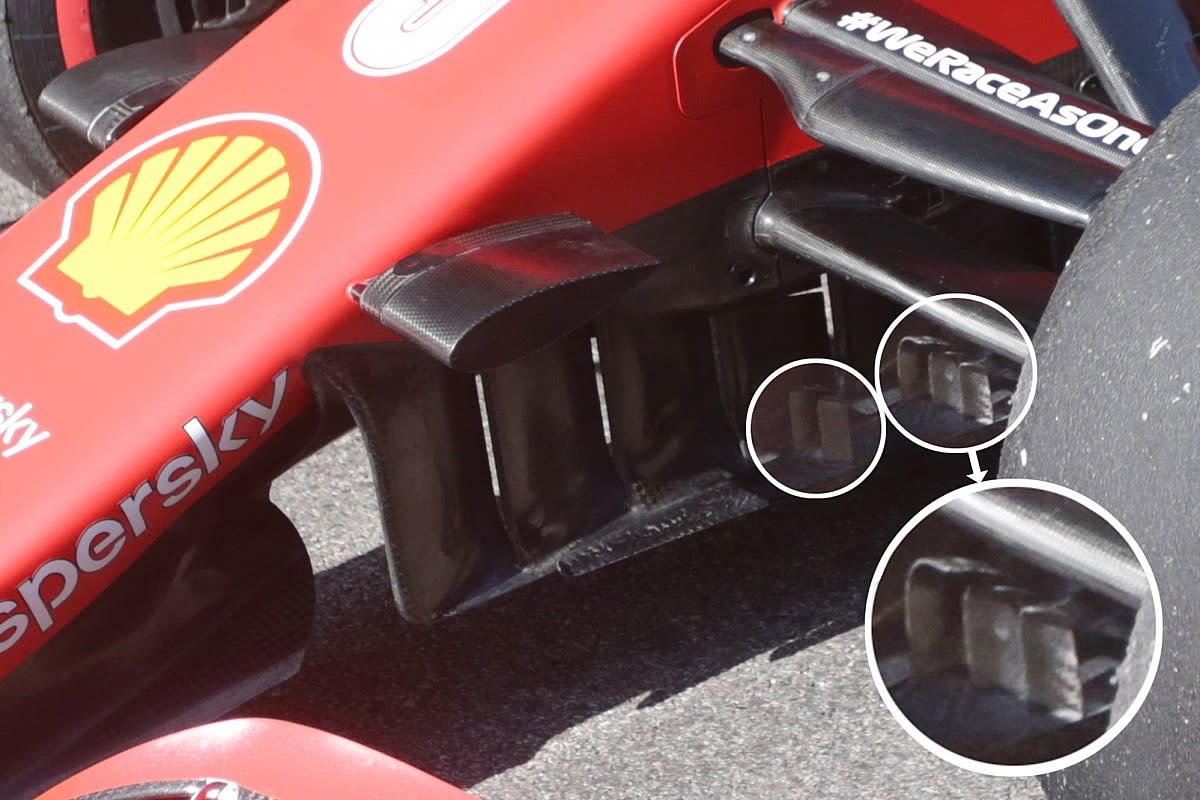 As we revealed over the Russian GP weekend, thanks to Sebastian Vettel’s qualifying shunt, Ferrari’s nose and cape have been modified in order to improve flow through what have become inlets beside the thumb-style tip.

The leading edge of the under-nose cape is now slightly lower to help draw flow through the inlets, altering how the airflow and associated pressures build beneath the surface too.

It also features a complex turning-vane structure, that mounts to both the rear-end of the nose and the underside of the chassis. Added to the footplate of the chassis portion of the turning vanes are three rows of ‘crooked finger’ vanes, each of which arches over at the top to form an L-shaped surface.

At the back of the car, a new rear wing design was installed on the Ferrari last weekend that features some strands of the Mercedes design DNA. The endplate’s upper rear cutout now features serrated edges, whilst the thickness of the endplate beneath has been reduced in order that the upwash strikes can have a more commanding role.

Meanwhile, the straked section that hangs out over the limit of the regulatory bounding box now features just two fully enclosed holes, rather than the six slots that perforated that section previously.

McLaren, Renault and Racing Point also brought new parts to the table in Sochi, so in our explainer video Jake Boxall-Legge uses the latest animations and snapshots from the race to dissect how the new parts influence each car, for better or worse…