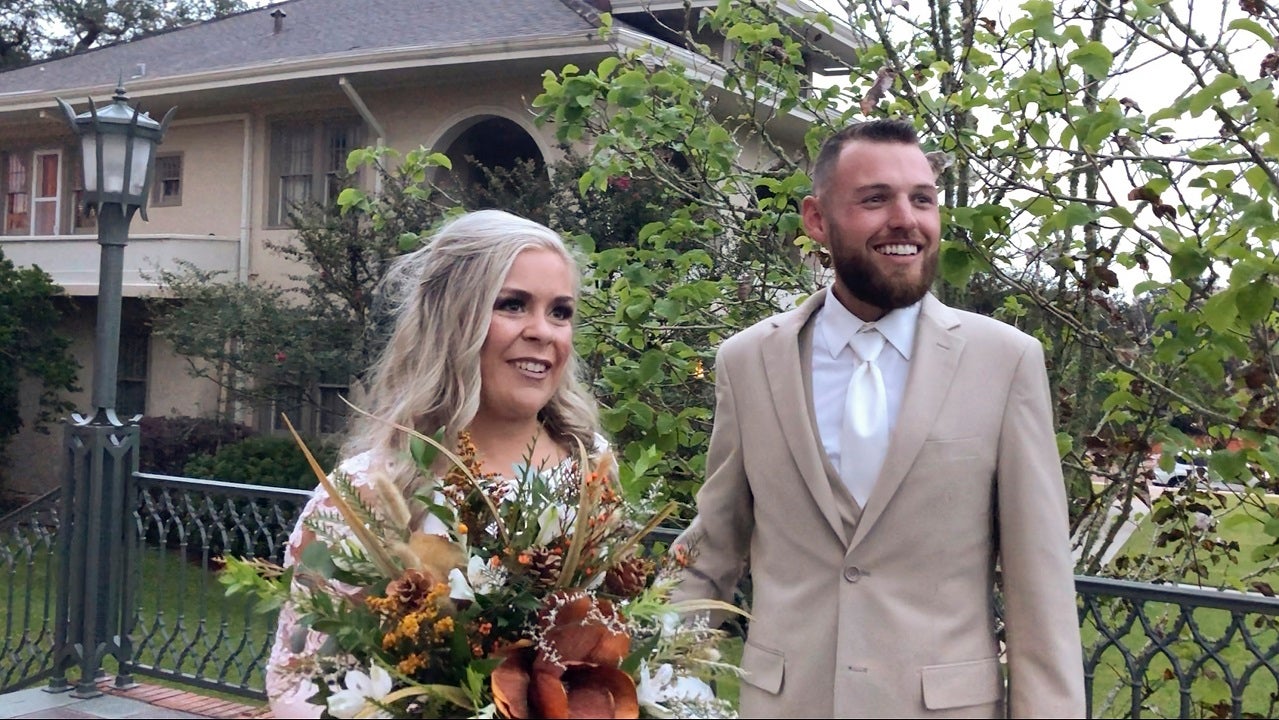 A Louisiana couple planning to get married Saturday had to push their nuptials up a few days as Hurricane Delta slowly made its way toward the state — then made landfall Friday.

Ian and Taylor Gaspard, of Abbeville, 80 miles east of Creole, where Delta made landfall, were supposed to exchange vows Saturday in front of 300 guests inside Saint Mary Magdalene Church.

Their plans were scuttled because of Delta. In an effort to beat the storm, they held the ceremony at the church Thursday in front of friends and family.

In this image made from video, Ian and Taylor Gaspard from Abbeville speak to a reporter after getting married Thursday. Hurricane Delta sped up the Louisiana couple’s wedding by a few days but judging by the smiles on the bride and groom it certainly didn’t dampen the affair. (AP Photo/Rebecca Santana)

“It wasn’t supposed to be coming to us, and then all of a sudden it was supposed to be coming, like, right to us,” Taylor Gaspard said. “So, of course, I got hysterical, and my little superman here came in and saved the day,” she said, gesturing to her beaming husband.

The wedding was thrown together in just 16 hours, she said.

The bride’s mother told Houston-based KTRK-TV that her daughter cried for three days at the thought of not having a wedding.

“She hadn’t eaten and she’s really, really, really strong in her faith,” Linda Choate said. “I just said, ‘Taylor, just chin up baby and hit your knees. He’s got you.’ And we’re here today.”

The groom, Ian Gaspard, assured his bride it would all work out.

Louisiana has been battered this year with four storms. Hurricane Laura most recently ravaged parts of the state in August.