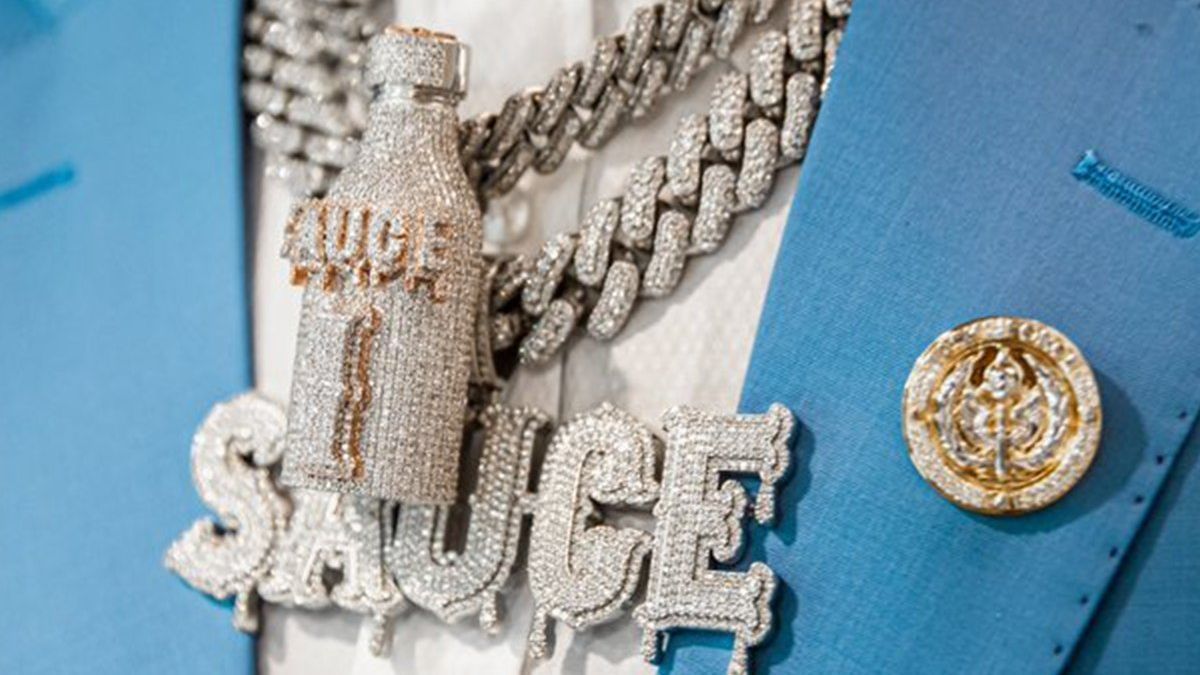 The newest group of football prospects hope to make a name for themselves, and it starts at the 2022 NFL draft. A handful of draftees have turned heads before playing a single down in the league because of their draft-day outfits.

Distinctive wardrobe selections often make an appearance during the draft, like Dallas Cowboys running back Ezekiel Elliott’s crop-top suit look in 2016. The 2022 class didn’t disappoint with their own eccentric ensembles. Jewelry was a common theme, as a number of players wore some impressive chains and pendants to compliment their looks.

Other players used their suit jackets as a fashion statement with vivid colors, special designs and sentimental messages. Fire footwear was also on display, featuring some shoes that cost a pretty penny.

Here’s a look at some of the eye-catching fits from the newest class of NFL players at the draft:

His nickname might be “Sauce,” but former Cincinnati Bearcats cornerback Ahmad Gardner brought major drip to the draft. The projected first-round pick rocked two flashy chains brandishing his famous monicker. One of the pendants is a sauce bottle, a fitting addition to Gardner’s wardrobe. He also donned a blue suit that pairs well with the ice around his neck.

Jameson Williams wore red for the Alabama Crimson Tide, and again for draft night. He complimented the vibrant suit with a very large pendant that hung from a necklace.

Jameson Williams had to pull out the TD celly on the red carpet. @bigsgjamo | @AlabamaFTBL

Offensive lineman Ikem Ekwonu arrived at the draft in a white suit that has hints of green throughout. The patterns on the lapel and wrist of his jacket pay homage to Nigeria’s flag. His mother and father both lived there before coming to the United States. He also showed off a necklace that featured his nickname “Ickey.”

Jordan Davis won the College Football Playoff National Championship with the Georgia Bulldogs this past season, and he made sure to bring his championship ring to the draft. The defensive lineman wore a black and red suit, his alma mater’s colors.

Oregon alum Kayvon Thibodeaux didn’t play around with his draft day fit. He wore a Dolce & Gabbana suit with red stones adorning the jacket. He also sported black shoes that “just came straight in from Italy” according to the projected first-round pick.

Former Ohio State Buckeyes wide receivers Chris Olave and Garrett Wilson showed up to the draft in some sleek suits. Olave went with an all-black look, while Wilson opted for a two-toned ensemble.

Those @OhioStateFB WRs came through looking their best. 😎 (by @Invisalign)@chrisolave_ | @GarrettWilson_V

Florida State Seminoles alum Jermaine Johnson II chronicled his scholastic journey with his draft day outfit. His yellow and black suit jacket featured all of the schools he’s attended on the inner lining, from Eden Prairie High School in Minnesota to Florida State. The piece was custom-made by menswear company Gentleman’s Playbook.

Evan Neal used the inner lining of his suit to pay homage to his hometown of Okeechobee, Florida. The former Crimson Tide offensive lineman topped off the look with some stylish shades.

Evan Neal is repping his hometown on the biggest stage. ❤️🤍

Former USC Trojans receiver Drake London also had some jewelry on, wearing a chain that featured his initials and the peace sign.

Which team is drafting the @OleMissFB QB?