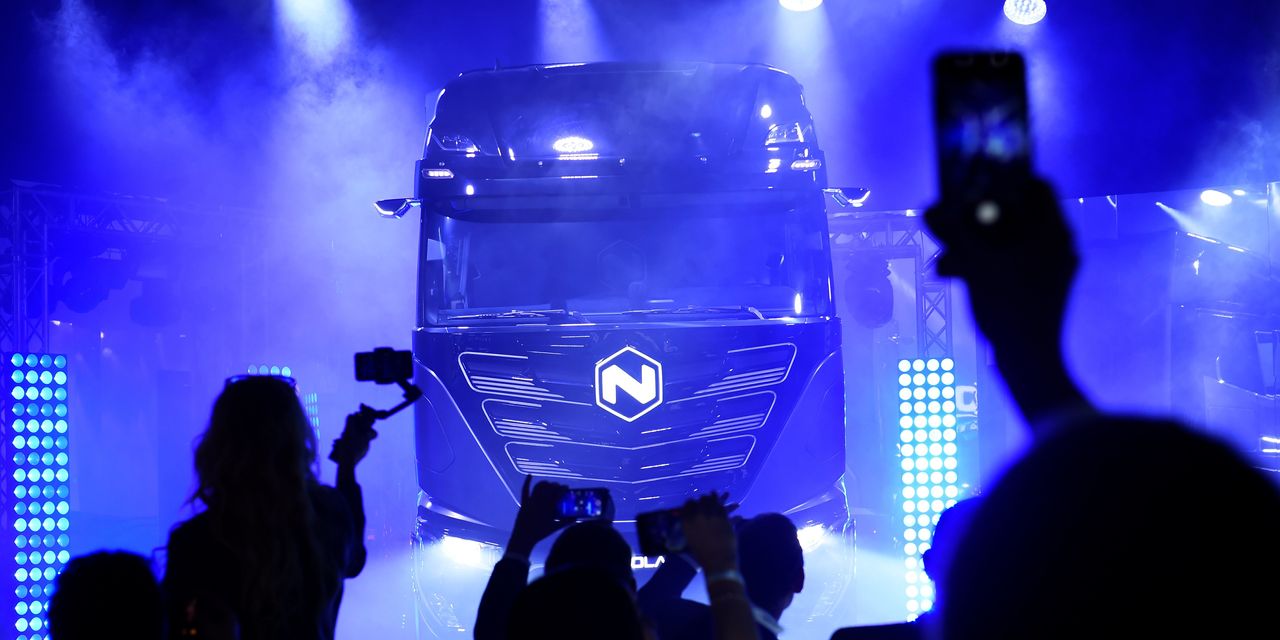 this summer became more valuable than

on big promises made by its then-executive chairman and the enthusiasm of small investors.

Now, with the executive chairman gone and shares of the electric truck maker down about 80% from their peak, the company must rely on the strength of its business model. That model attracted auto sector luminaries, big-name investors and industry giants. But it depends on delivering big technological advances and dramatic cost reductions.

Founded in 2015 by Trevor Milton, the company is one of several startups competing to find ways to accelerate the move to clean energy in the auto industry. Nikola has specifically targeted trucks, which have been more challenging because of the weight of batteries needed to power them. While Nikola plans to use batteries at first, Mr. Milton focused on the potential of hydrogen as a source of non-fossil-fuel energy for the trucks. Hydrogen hasn’t been tried in the auto industry in any real way because of its cost.

The company’s big insight was that hydrogen-powered vehicles could be economical if the same company that built them also sold the fuel to run them. The sale of the fuel would pay for the hydrogen station network needed to make hydrogen-powered trucks viable. That solved the chicken-and-egg problem—no one would buy the trucks without a place to fuel them.

“The only way to drive that cost down was to integrate it in with the truck to where, when you buy our truck, we provide the hydrogen service to you, all the fuel you need for the entire life of it,” then executive chairman Trevor Milton said on a podcast in July. “And you just pay us per mile.”

That approach faces challenges of technology and costs. Nikola played down those details in a March presentation that assumed that it could purchase electricity at well below current prices and that its hydrogen power stations would run at full capacity. In a footnote, it said: “Savings are expected in 2025 and beyond due to anticipated advances in technology.”

Mr. Milton resigned earlier this month, after a short seller raised questions about whether he overhyped the company. A spokesman for Mr. Milton said he declined to comment. Mr. Milton has called the allegations against him false.

The chicken-and-egg insight that underpins Nikola’s business model also helped it vault to prominence. The company got backing from

NV. Those companies didn’t take much financial risk with Nikola. For instance, General Motors accepted $2 billion worth of Nikola stock in exchange for supplying the startup with its battery and fuel cell technology; the deal didn’t include any cash.

Having those backers gave Nikola a boost after it became a publicly traded company in June using a reverse merger with a blank-check investment company. These companies, called special-purpose acquisition companies, or SPACS, allow startups to go public without much of the due diligence required for a traditional initial public offering.

soar. “We needed a method to get to the market, to get publicly traded quickly, and that’s really what the SPAC was there for,” Mr. Milton said in a March television interview. “This is a retail story,” he said, referring to small investors.

A crucial element of Nikola’s pitch is its plan to slash the cost of producing so-called green hydrogen, which relies on renewable energy to create the hydrogen fuel.

Nikola said in an investor presentation this year that it could produce green hydrogen for $2.47 per kilogram—a price analysts say is likely unattainable in the near term. Analysts at

said in June that the cost of producing, storing and distributing green hydrogen is currently prohibitive, adding that electricity accounts for 80% of hydrogen production costs.

The Nikola presentation assumed that the company could purchase renewable power for 3.5 cents per kilowatt-hour. Industrial customers pay, on average, nearly 7 cents for grid power, and commercial customers pay nearly 11 cents, according to the Energy Information Administration.

The business model is based on “unproven concepts around renewable energy,” said Gordon Johnson, energy analyst at GLJ Research. Nikola said earlier this month it believes its business plan will be profitable over the long term.

In securities filings, Nikola acknowledged that its ability to produce hydrogen economically depended on its ability to purchase power at prices below retail rates. It said it planned to build its first stations in California, where retail electricity rates are among the highest in the country.

Nikola Chief Executive Mark Russell said in an interview the company hopes to buy power in the wholesale market when prices are low. But prices can be volatile. The company could also contract to purchase power directly from wind and solar developers through long-term agreements that include transmission costs.

Hydrogen, which is used in chemical production and a range of other industries, is most often produced from coal or natural gas through carbon-emitting processes. The production of green hydrogen, on the other hand, eliminates those emissions by using renewable energy to strip hydrogen atoms from water molecules through a process called electrolysis. Currently, green hydrogen accounts for only 1% of global hydrogen production.

Production costs, however, have fallen by roughly 40% in the past five years, alongside wind and solar prices. Green hydrogen can be produced for a minimum of about 4 euros, equivalent to roughly $4.65, per kilogram, according to data firm

That price doesn’t include retail markups. By 2030, IHS Markit expects green hydrogen costs could drop below €2 as more projects are deployed at scale in areas where renewable power can be purchased inexpensively.

“That has been considered the Holy Grail because that’s where you start becoming competitive with more traditional hydrogen,” said Soufien Taamallah, IHS Markit’s director of energy technologies and hydrogen research.