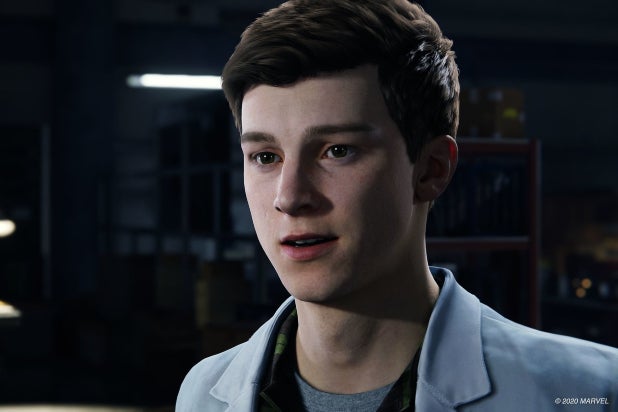 Sony revealed some choice screenshots from the upcoming remastered version of the game yesterday, and fans were quick to note the resemblance between Holland’s real-life visage and the Peter Parker in the game. The change was notable — Sony essentially gave the web-slinger a whole new face — in part because Sony wanted the remastered version to show Parker as closer to his actual age in the game, 23.

Also Read: Everything We Know About the Upcoming ‘Marvel’s Spider-Man: Miles Morales’ Game

In the original “Spider-Man” game, Parker is modeled after John Bubniak and voice acted by Yuri Lowenthal (who will also lend his voice to the remastered take). Sony said it was looking for a “better match” in recasting Parker.

“In order to bring the best performances to players with our next-generation Marvel’s Spider-Man games, we have recast the face of Peter Parker,” Sony said in a blog post about the changes to the upcoming “Remastered” game.

“We loved working with John Bubniak on the original game; however, to get a better match to Peter Parker/Spider-Man actor Yuri Lowenthal’s facial capture, we have cast Ben Jordan to be the face model for Peter Parker on the PS5 console. He looks incredible in-game, and Yuri’s moving performances take on a new life.”

Jordan confirmed the role on his Instagram page, and said he was “excited” to be the new face of Spider-Man. You can see what the man looks like in real life below.

Sony’s decision to recast Parker had fans taking to Twitter Wednesday and Thursday wondering if the studio would also revise the appearance of his love interest, Mary Jane. In the current version of the game, M.J. is portrayed as a white redheaded woman, but some fans were pushing for a Black M.J. in the remastered take — after Zendaya’s portrayal of M.J. in the 2017 and 2019 films “Spider-Man: Homecoming” and “Spider-Man: Far From Home.”

Sony did not immediately return TheWrap’s request for comment regarding if any other characters are getting an image change for the remastered game.

The PS4 version of “Spider-Man Remastered” is tuned up to meet the next-generation console’s specs and offered to fans for free if they order Sony’s upcoming “Marvel’s Spider-Man: Miles Morales” game for the PS5 — which focuses on the “Into the Spiderverse” hero. The game’s ultimate edition will retail for $70 and go on sale Nov. 12, Sony said.

Check out a clip of the new Parker talking with mentor Otto Octavius (spoiler: he soon becomes Doc Ock) below.

If you’re itching for strategy and human contact while on quarantine, try these online board games

Tired of the constant binge-watching and desperate to make at least some kind of human connection while stuck under quarantine due to the coronavirus? Fortunately, many of your favorite strategy tabletop games are available online, so you can play with friends while still practicing proper social distancing. Here are some favorites you can play online to help pass the time.