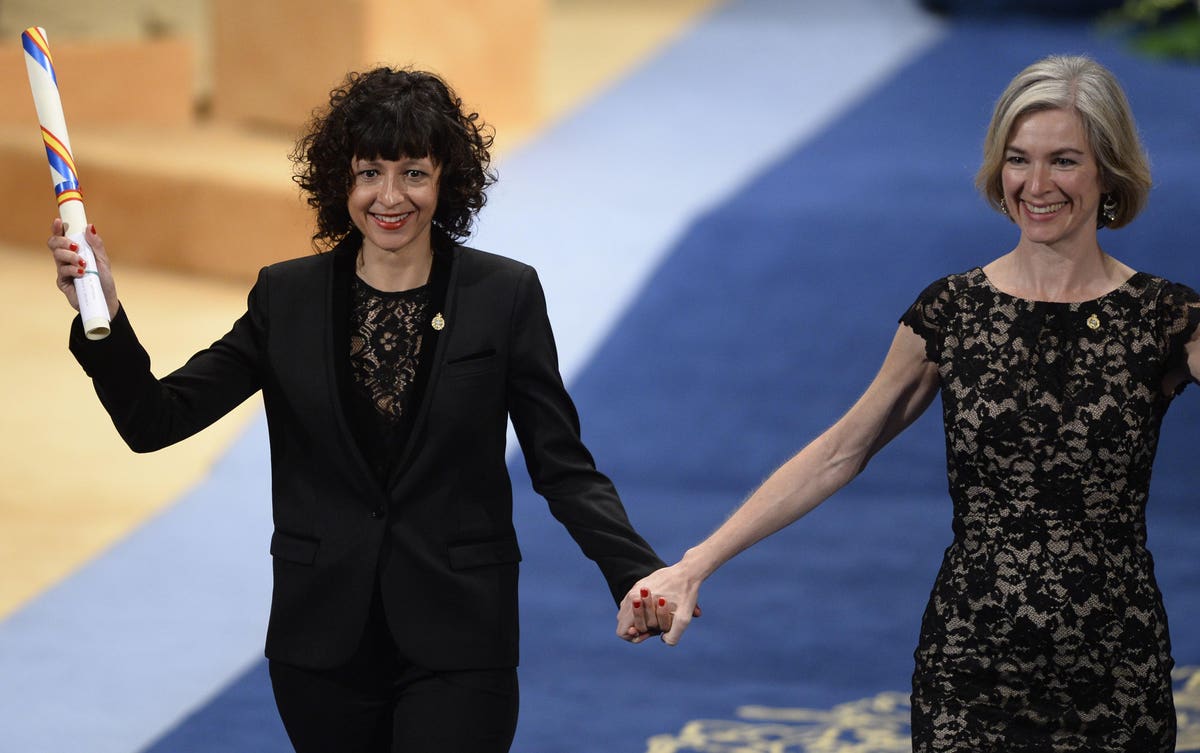 Dr. Jennifer Doudna, a biochemist at UC Berkeley and French researcher Dr. Emmanuelle Charpentier of the Max Planch Institute accepted the Nobel Prize in Chemistry for developing the CRISPR-Cas9 genetic scissors, a technology that can rewrite DNA in cells. This enables treatment of diseases such as sickle cell anemia and muscular dystrophy through making corrections in the cells of tissue, according to Doudna.

“I really hope this is breaking that glass ceiling so that in the future it’s not surprising that two women or more win awards,” Doudna said.

Dr. Andrea Ghez, an astronomer and physics professor at UCLA also made a mark as the fourth woman in history to win a Nobel Prize in Physics—a prize first won by Marie Curie in 1903.

“I’m delighted to be part of the change—the change being more women visibly succeeding because I think that’s an important way in which we encourage the next generation,” Ghez said.

These major wins shed light on the evolution of gender roles and the potential for women when granted opportunities. They signify the strength and power of women in science—a field that society historically favors for men. Through their years of work, passion for their specialties and unrelenting perseverance, these 2020 Nobel Laureates prove that defying gender stereotypes in the face of resistance, finding a supportive network and pushing past the seemingly impossible are important for progress. The talents of women have been there, but slowly, more avenues are opening up for them; the patriarchy is losing its hold on rigid gender roles, a more socially connected world is fostering communication and policy change and women all over are supporting other women and resisting unequal treatment.

Ghez shares the 2020 Nobel Prize in Physics with Reinhard Genzel from the Max Planck Institute for Extraterrestrial Physics for their discovery of a black hole in the Milky Way’s galactic center. Considered a breakthrough finding for the study of the universe, “these black holes are a million to a billion times bigger than the previous ones we saw,” Ghez said.

“This has been a remarkable journey because people didn’t think this project was possible,” she said.

Inspired by the moon landing, Ghez grew up with a keen interest in science. “That got me curious about the universe,” she said. Among physics professors, women make up only 10%, Ghez said. “There were always people who said you can’t do this because you’re a girl, so I kind of got used to that.” When the project that earned this year’s prize was first declined, Ghez wasn’t worried. She was used to rejection, and overcoming others’ skepticism had become second nature to her.

“I think it’s really important for women to support women,” she said, adding that the support doesn’t just have to come from other women but can come from men too.

Doudna emphasized the significance of having supportive people as well. Along the way, some people doubted the work she was doing. “I’ve been fortunate that I’ve had a lot of supporting mentors and teachers and colleagues that have been there for me when the going got tough,” she said. “I’ve also had to face naysers; people who very early on in my training said, ‘girls don’t do science.’ I heard that from a high school guidance counselor once.”

It took a long time to get here, and science isn’t the only field that shut out women for hundreds of years. The appointment of the first female justice to the United States Supreme Court occurred 192 years after the first justices were sworn in, taking the country nearly two centuries to accept a woman into this revered legal role. Women in the U.S. were granted the right to vote 131 years after men were conferred those same rights. History has shown that women were not incompetent; they were not underqualified. They did, however, live in a time that far too often handed almost every opportunity to a man.

In the United States, growing economic opportunities for women contributed to delayed marriage or no marriage, and this eventually helped erode the rigid patriarchy that governed familial life in the country’s early years. After 1950, women increasingly kept their jobs even after marriage. This led to a transition, in some households, from male breadwinner families to dual-earner families. More women in the workforce resulted in a growing terrain of female influence and more opportunities over the years for women to advance, invent and be on par with men.

Today’s socially connected world breeds communication, which drives people to compare their situations to other societies and advocate for change. For example, some countries including France and Germany implement gender-equality policy-making to increase the number of women in research and academia. This has led to the creation of “competitive gender equality markets,” according to a 2013 study published by the European Commission. These gradual but critical changes have helped put women on the professional map.

On Doudna’s and Charpentier’s win, Dr. Patricia Jones, Clinical Director of Chemistry at Children’s Medical Center of Dallas and former president of American Association for Clinical Chemistry said the CRISPR work is “huge and very promising.” “It makes me happy to see these two women win the Nobel Prize because again it shows what women are capable of doing and are doing on a daily basis now.”

During her acceptance speech, as documented on a video posted by AFP News Agency, Charpentier said that she hopes girls and young female scientists “understand that nothing is impossible.” They can “find great discoveries, great findings that can be impactful,” she said. “It’s independent of the gender.”

Carrying on the female influence and maintaining progress will require women to continue fighting for their rights and positions in every sector.