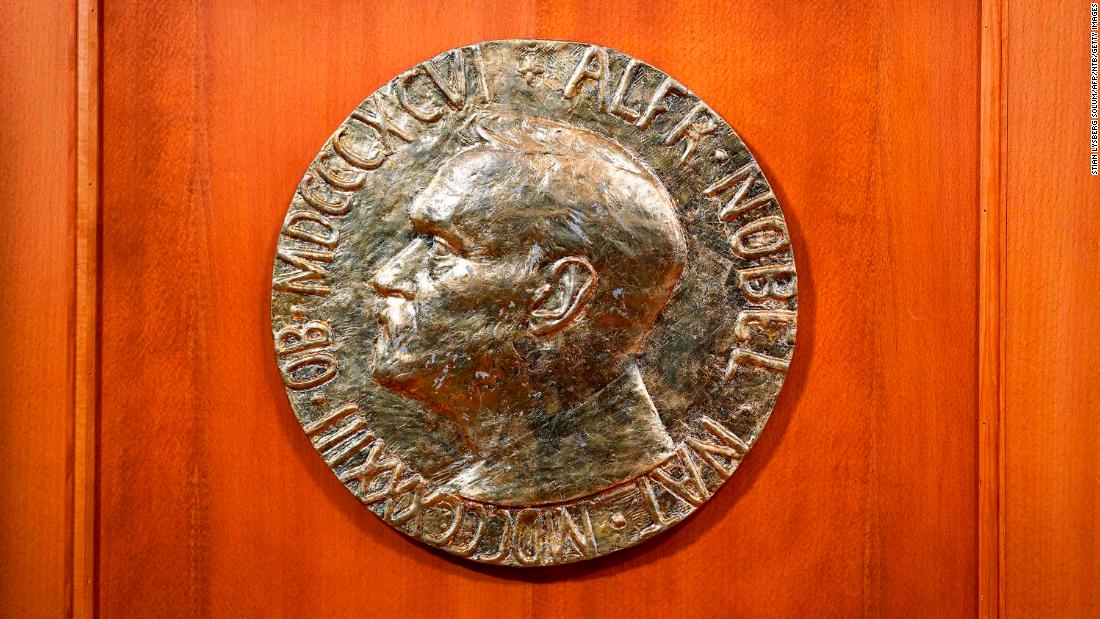 women
Of 931 individuals and 28 organizations to have won the prize since the awards began, just 16 are Black. No Black winners were named in 2020.
Twelve Black people have won the Peace Prize, three the Nobel Prize in Literature, and one the associated Prize in Economics awarded by Sweden’s central bank in Alfred Nobel’s honor. No Black recipients have ever won one of the science prizes.
On Monday, the Nobel Prize in Medicine was awarded to Harvey J. Alter, Michael Houghton and Charles M. Rice for the discovery of hepatitis C virus, which led to the development of tests and treatments.
Tuesday’s Physics prize went to Roger Penrose, Reinhard Genzel and Andrea Ghez for their discoveries about black holes. Ghez became only the fourth woman to win a Nobel physics prize.
Emmanuelle Charpentier and Jennifer A. Doudna on Wednesday became the first two female scientists to jointly win the Chemistry prize, with no male collaborator — and only the sixth and seventh women ever to win in the category.

While the number of female science winners may be slowly improving, the diversity problem is even worse when it comes to race.

“I think the problem really with the lack of racial diversity is not a problem of the Nobel awards, rather that’s more a societal systemic problem.”

A lack of diversity in science can lead to a lack of information about certain demographics, he added. “To do real good science we need everybody’s input, not just 30, 40% of the population.”

The literature prize on Thursday was won by American poet Louise Glück, bringing the total female winners of a Nobel Prize to 57, still just 6%. The number of Black winners is less than 2%.
The Nobel Peace Prize was this year awarded to a United Nations organization, the World Food Programme, for its “efforts to combat hunger” and its “contribution to bettering conditions for peace in conflict-affected areas.”
Founder Alfred Nobel wrote in his will that it was his “express wish that when awarding the prizes, no consideration be given to nationality.” However, the vast majority of the literature laureates wrote in English.

“I think that what matters is who is nominating, and who’s in the room,” said Patricia Matthew, an associate professor of English at Montclair State University, who has written about race diversity in higher education and popular culture. “I also think part of the challenge is not understanding or appreciating the impact of the work that Black, African, people of African descent, the impact of their work globally.”

Matthew said she thought Glück was “phenomenal” but said the world could be improved if Black writers such as Sonia Sanchez, Amiri Baraka or Rita Dove were to receive global recognition from an organization like Nobel. “If you see people who look like you succeeding globally it’s easier to dream that you can make some contribution,” she added.

The statutes of the Nobel Foundation restrict disclosure of information about the nominations for 50 years.

CNN contacted the Nobels for comment but has not yet received a reply.

The Royal Swedish Academy of Sciences supplied a comment written by its chair in Nature journal in 2019.

Göran K. Hansson, Secretary of the Royal Swedish Academy of Sciences, last year wrote to Nature that the organization shared the concern “about the shortage of women and of scientists from outside Europe and North America among Nobel laureates.”

He said the Nobel Committee made “substantial efforts to approach research universities across the world” but that “the inequitable distribution of Nobel prizes is a symptom of a bigger problem” with science being dominated by Western Europe and North America.

Hansson pointed out that fewer than 15% of senior authors in Nature are women and just 2% of authors were from Africa, South America or western Asia. He said the process strives to ensure “that all scientists get a fair chance” but others must also work to improve the situation by encouraging women to pursue science careers and supporting research in low-income countries.

“The prize should reflect the world that we live in now,” Matthew said. “I think as the leading prize it should want to honor and reflect the best globally, not just a narrow subset.

“I do think that if it’s a global prize that it should reflect global cultures, reading and uplifting the work of people who write in different languages, who speak to the global condition in different ways.”