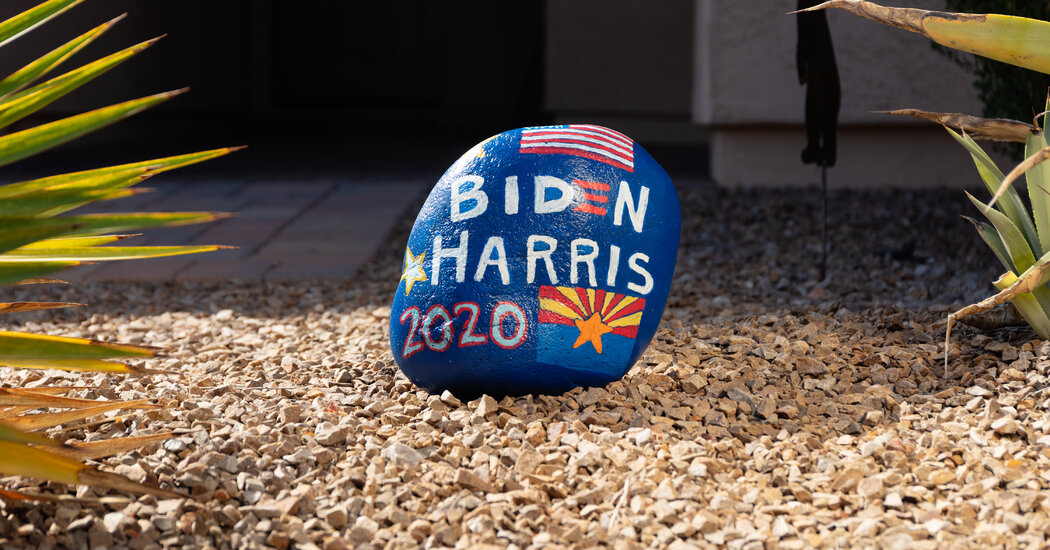 It’s not just prominent Mormons like them objecting to Mr. Trump. The former Arizona Republican state senator Bob Worsley, the founder of SkyMall, has endorsed Mr. Biden and is reportedly publicly organizing for him. Mr. Worsley has said, “I’ve never voted for a Democrat in my life, but we think this man is an abomination.”

In 2016, Mr. Trump won Arizona by only 3.5 percent. The polling average for the state has Mr. Biden up by about three points.

Post-convention, publicly released polls of Arizona voters whose details are accessible and that recorded support for each candidate by party ID — from New York Times/Siena, Fox News, OH Predictive Insights and CBS News — have shown Mr. Biden attracting more support from Republicans than Mr. Trump attracts from Democrats. A private rolling poll of Arizona voters recently conducted by a nonpartisan pollster has found the same thing.

Mr. Trump does seem particularly abhorrent to these voters. As Emma Petty Addams of Mormon Women for Ethical Government put it, “While our members fall all over the political spectrum, we have found that many continue to become more frustrated with rhetoric and policies from this president’s administration and how it doesn’t match their values.”