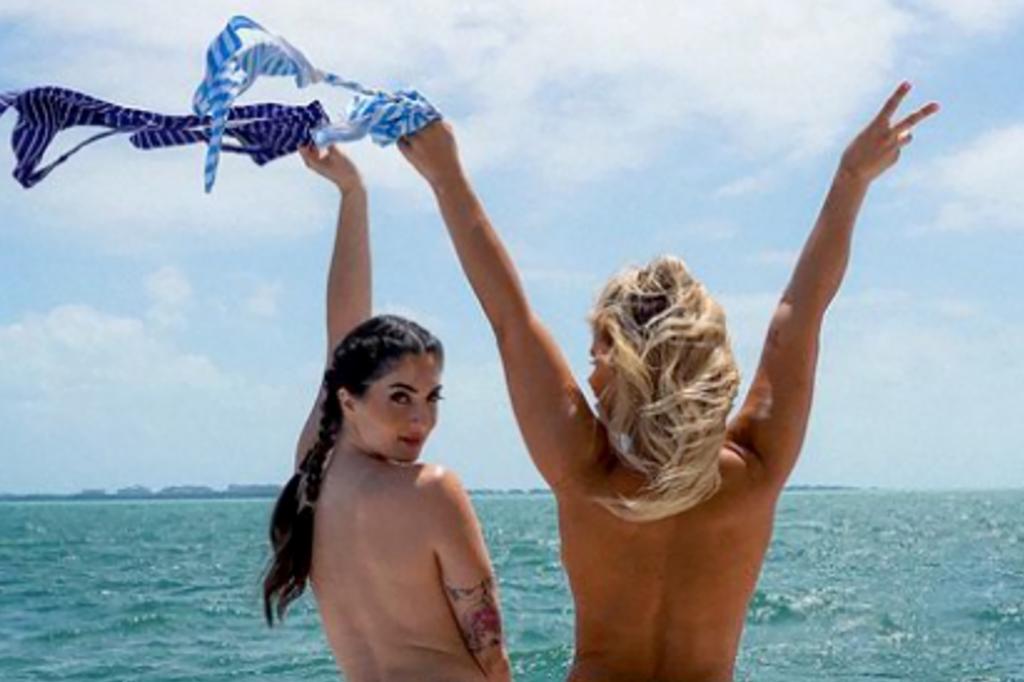 Paige VanZant ditched her bikini top during a cheeky yacht cruise this week.

The former UFC fighter, 28, dropped her top in new social media photos, where she was joined by model and fellow content creator, Airwrecka.

“T–ts to the wind,” VanZant captioned the pics, according to The Sun.

In one shot, VanZant and Airwrecka can be seen raising their bikini tops in the air, while another snap featured VanZant holding up a peace sign as Airwrecka looked back at the camera.

VanZant also tweeted a pair of photos Friday that featured the duo posing on a set of stairs aboard the yacht.

The All Elite Wrestling personality often collaborates with Airwrecka on other photoshoots for VanZant’s exclusive fan website, where people can pay for sultry pics and videos of the fighter.

VanZant recently impressed in her pro wrestling debut last Sunday at AEW’s “Double or Nothing” event, where she teamed up with Men of the Year, Ethan Page and Scorpio Sky, to defeat Frankie Kazarian, Sammy Guevara, and Tay Conti in a mixed tag-team match.

VanZant had appeared on an AEW “Dynamite” episode back in March and attacked Conti, making for a more suspenseful storyline.

With her debut now behind her, VanZant is already looking forward to her next bout.

“I came out of this match unscathed,” she said after her AEW debut. “I have zero injuries, I put on a dominant performance, I can’t wait for my solo match.”