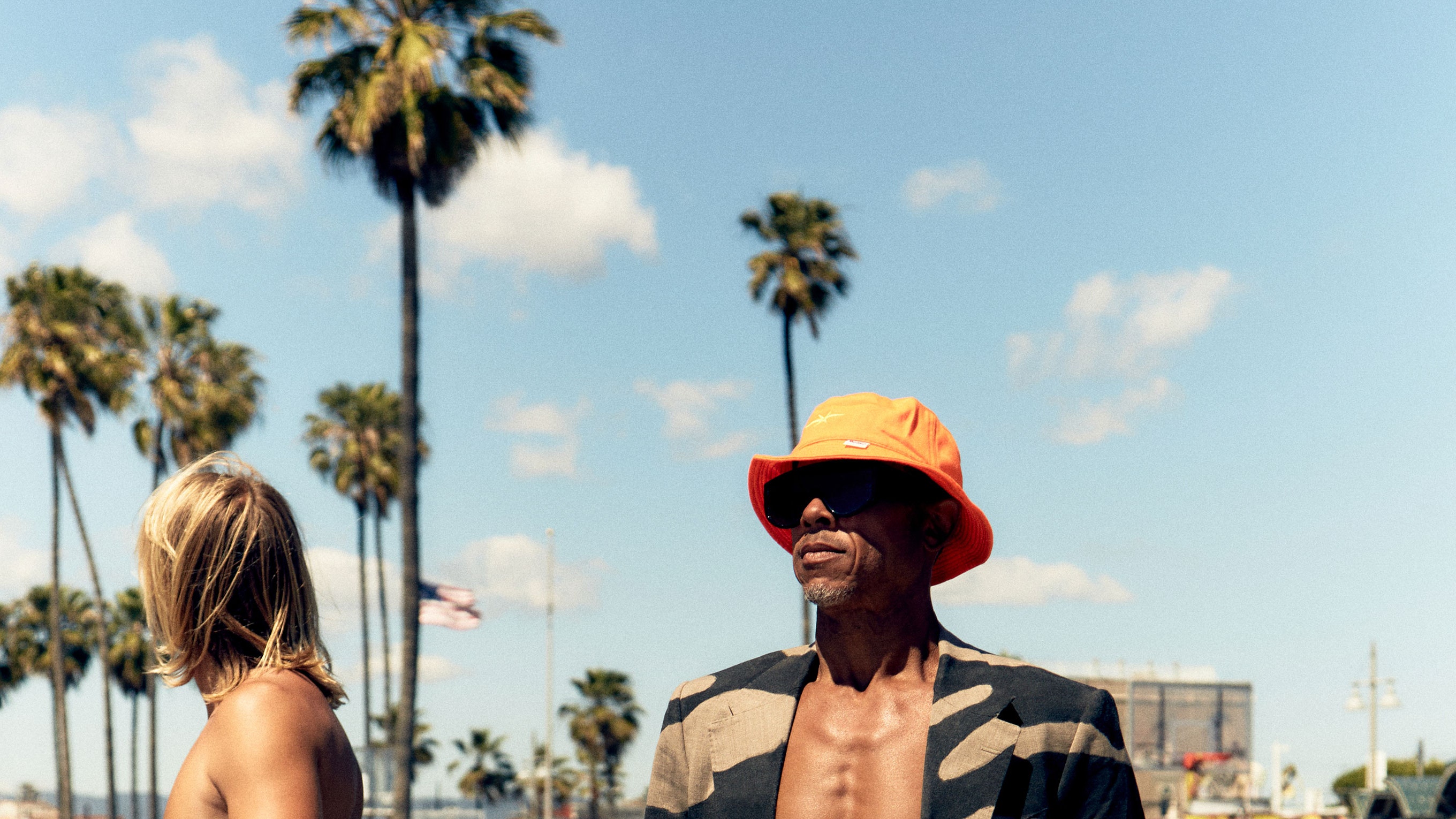 After 18 years away mostly roaming between the precipes he loves to climb and menswear gigs in New York, Antwerp, and Paris, Spencer Phipps is moving home to California. Once he’s finished shuttering his office in the French capital, the designer will return after half a life to reconnect with the state whose many-splendored
multitudinousness has long inflected his work. This preface collection to his new LA-based phase suggested that the old adage exhorting the eye to travel still bears fruit. Phipps’s specific wearable cocktail—blending technical wear and backwoodsy Americana, formal wear with upcycling, and consistent irony with a multi-faceted approach to self-identity—looked particularly at home on the street-cast models shot at Venice Beach and across other LA locales.

A stretchy miniskirt stitched from a rainbow of conjoined waistbands from upcycled sports shorts epitomized the range of this Phipps spectrum, and the manner in which his purpose and playfulness subverts the “very white bread, granola-boring” arena of technical wear. A designer-accessorized Woolrich overshirt in buffalo check—an ironically now-Italian in origin garment that’s a touchstone across American subcultures—was styled against a sarong. Moto gear rode in tandem with tuxedos to create a clash of uniform in order to deny uniformity. Phipps revived his Smokey Bear motif in ‘Only You’ printed t-shirts and pajama shirts and shorts printed with vintage ad campaigns.

Phipps said he decides which elements to mix through instinct: “what I find that fits the message and what creates an interesting look: what clashes in a nice way.” He added: “these identities that I’m talking about and this kind of language I’ve developed, it’s very specifically American. And all these elements come from the base of American reference points.” Phipps is developing a style of dressing that defies the onlooker’s imperative to categorize in order to reflect more sincerely the multiple facets of gender, sexuality, and lifestyle that are the building blocks of individuality. Vive la difference.