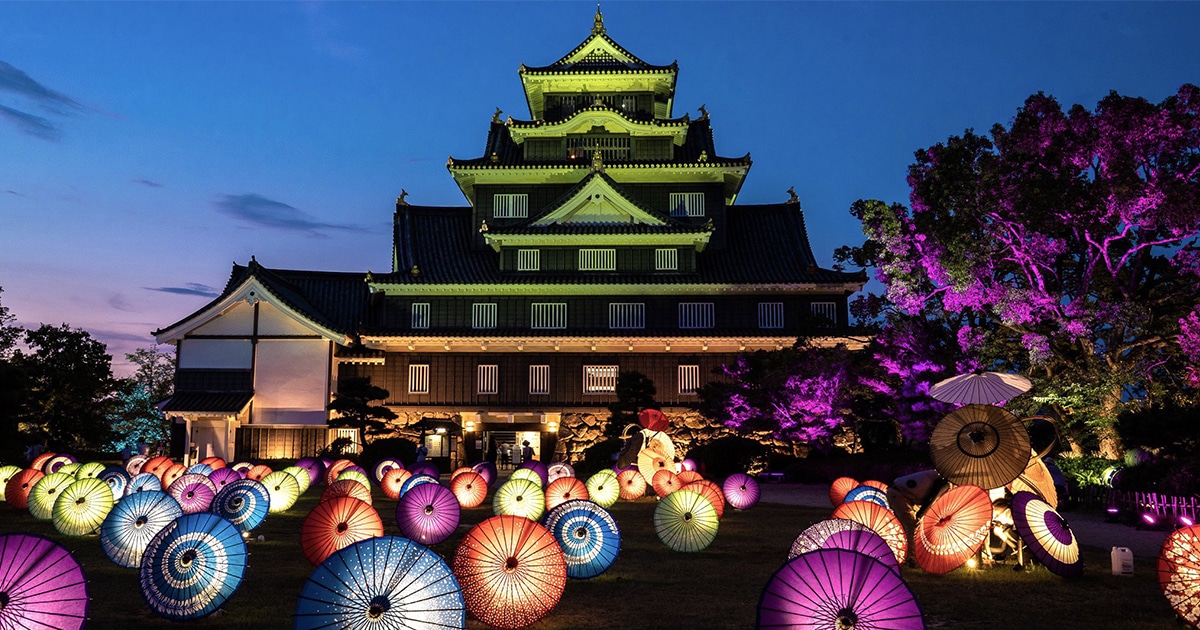 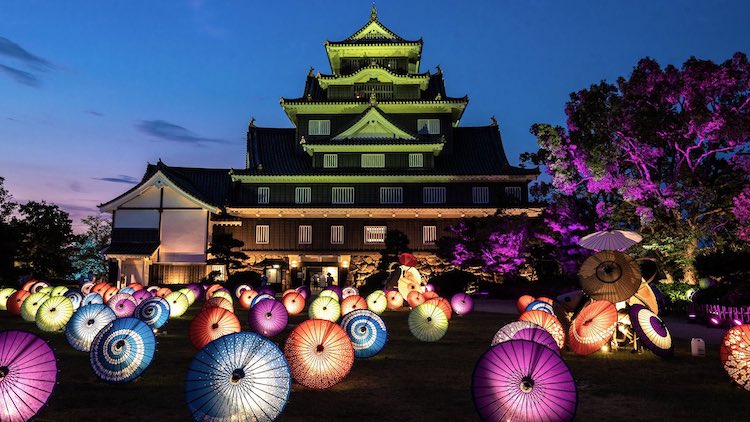 From its ancient temples and breathtaking nature to its colorful city life, Japan is full of wondrous beauty. Photographer Yukari Mitani travels around his home country snapping and sharing photos of some of its most charming locations. His most recent adventure brought him to the historic Okayama Castle in the city of Okayama, where he captured its beauty at night.

Okayama Castle—also known as “Crow Castle” because of its black exterior—has a history dating back centuries. It was built in 1597 under the direction of Hideie Ukita, a daimyo (lord) of the Sengoku period. It was used as a military facility, but it was also the main headquarters for merchants and craftsmen to meet and work on developing Okayama city. Hideie was eventually captured by the Tokugawa Clan and exiled to the island prison of Hachijo, so the castle passed on to Kobayakawa Hideaki, also a daimyo.

Much of the Okayama Castle was destroyed in 1945 during World War II. It had two surviving watchtowers, and the rest of the structure was replicated in concrete in 1966. The watchtowers are now listed by the National Agency for Cultural Affairs as Important Cultural Properties.

Nowadays, the Okayama Castle is a popular tourist attraction; Mitani’s photos show just how beautiful it can look when lit at night. He photographed the exterior during an exhibition inspired by “blooming flowers of lights in a dreamy flower garden” (which closed on August 31st, 2020). During this time, colorful bangasa (Japanese paper umbrellas) were laid out in front of the castle and lit up to show their pretty colors and patterns. 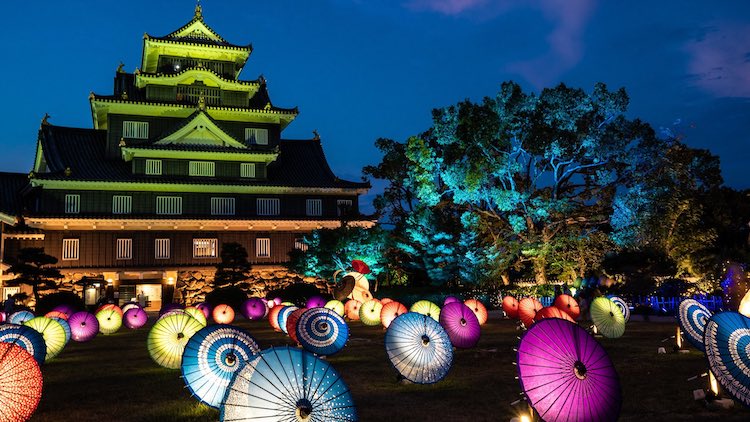 Countless colorful bangasa (Japanese paper umbrellas) were laid out in front of the castle and lit up to show their pretty colors and patterns. 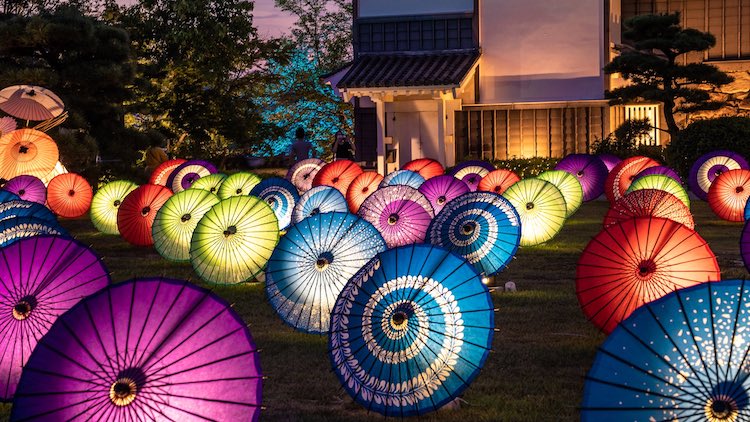 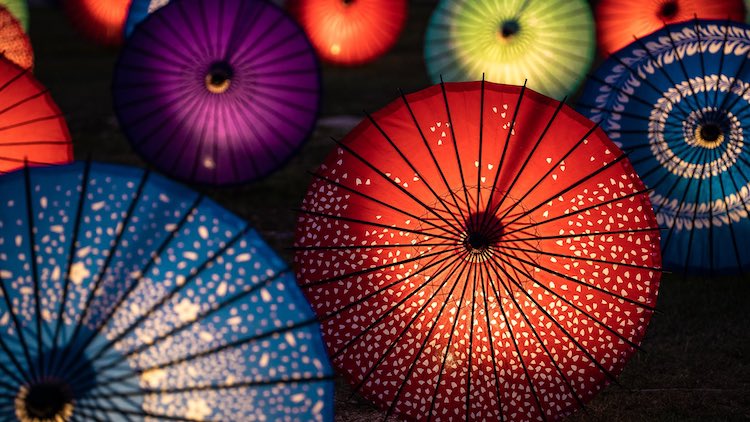 All images via Yukari Mitani.

Photographers Show Off Their Image Editing Skills in Japan-Themed Contest