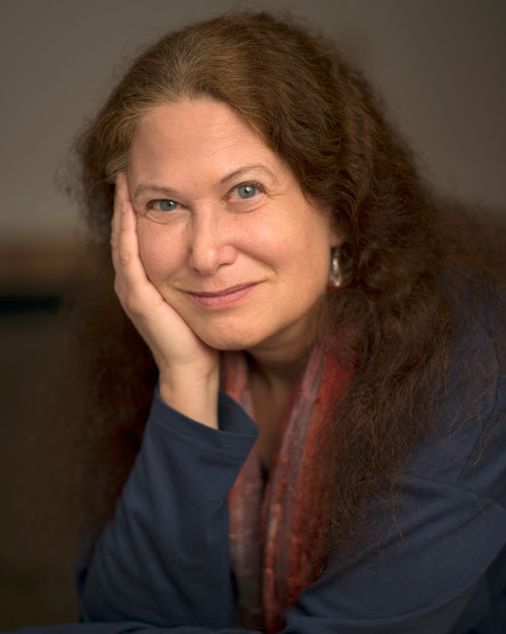 A. This Sept. 9 was world-displacingly wrong. I have not recovered from it. The morning began dark red, then grew darker. Streetlights never turned off. The neighbor’s cat clung to my side, as unnerved as I was. It felt as if the veil of normality had been torn away — as if, that day, you were seeing the world as it actually is: This is what we have done to the planet. Climate change is no longer a future crisis. I’m breathing its smoke now, still, today. In 2016, I waded its sea rise, on Captiva Island in Florida. The recognition stops you, silences. And still, you have to find a way to act, to live. As a person, as a poet, response must be made.

Q. While the poems in “Ledger” were written earlier, they do clearly resonate with this larger moment. I was struck by one particular aspect of this collection’s uniqueness: the diverse registers of its language. Flinty scientific facts are often woven into poems of great lyricism and vulnerability.

A. Marrying the knowledge of science with the emotional and the imaginal feels to me this moment’s task. Integration of the factual with the felt is the scale by which we weigh scientific knowledge. Science’s vocabulary makes visible and names what is. The response of the emotions carries those facts into their full human meaning. It lets us mate scientific discovery with appropriate awe.

“Ledger,” as the book’s title suggests, attempts an accounting of the unaccountable, a fathoming of the unfathomable. The crises of biosphere, climate, social justice, of Mediterranean refugees and our current American fractures. “Ledger” was written into the face of reality denial. Who could have imagined that poets would need to come to the defense of scientists? It holds, too, poems looking at time, love, and transience; at surprise, doubt, and staying somehow upright in a strong wind. All these concerns are equally intimate, equally personal. I’ve come increasingly, over my life, to a sense of shared fate and what Robinson Jeffers described as “falling in love outward.” A life is particular, individual, irreproducible, your own. It is also one inseparable thread in a larger fabric: this enormous, varied, fragile, and gorgeous existence.

Q. At such a fraught and precarious moment, can too much beauty be numbing, distracting, or soporific?

A. The beauty-recognition in “Ledger” was, for me, despair’s antidote. The book’s final poem, “My Debt,” was written in apology, immediately after an earlier poem’s purgatorial descent into abyss. … Despair, I realized, is the surrender. Despair forecloses action, agency, choice. And I realized also: it is rude not to find joy in the opulence we still walk amidst, every day. I can eat a peach today, I can pick a cherry tomato off my own plant. I can see the mountain. Mountains exist! What are we fighting for, if not the continuance of this world’s thriving?

We see beauty most, perhaps, when it’s most imperiled. Beauty in art makes the unbearable bearable, by showing a path of viable witness. It maps and enacts possibility — which is hope.

Q. Is there a line that should not be crossed when it comes to politics overtly entering the domain of poetry?

A. [Spanish painter Diego] Velázquez’s “Waterseller of Seville” — a painting I love — shows an old man selling a glass of water to a young boy. A sweet, dark fig is placed in the glass, for free. This painting, for me, is life-changing and instructive. One human hand offering, another human hand reaching. The thrown-in fig. This is the work of poetry, this transmission of sustenance. Not to be a billboard. Not to be a siren. We do sometimes need the emergency sirens of directly political poems. “Ledger” holds some, and they’re poems I’m glad to have written. When a city is on fire, we need the clanging bell that calls people to come with hoses and buckets of water. Still, cultural conflagration requires slower, deeper changes in the molecular ways of the psyche. It requires changed conceptions of what it means to be human. Both Velázquez’s “Waterseller” and Picasso’s “Guernica” hold the longing for figs, “Guernica” in the grief and terror of what is being destroyed. A poem overly political holds no remembrance of the fig’s fragrance. There’s room in art for rage, room even for exhortation. But overly-simplified thought divides, dismisses, strips, starves. We turn to art in the hunger for more, not less. … And every piece of new knowledge that comes to us through good art will conduct us into the gates of empathy, toward knowing each life as inextricable from all existence.

Interview was edited and condensed.