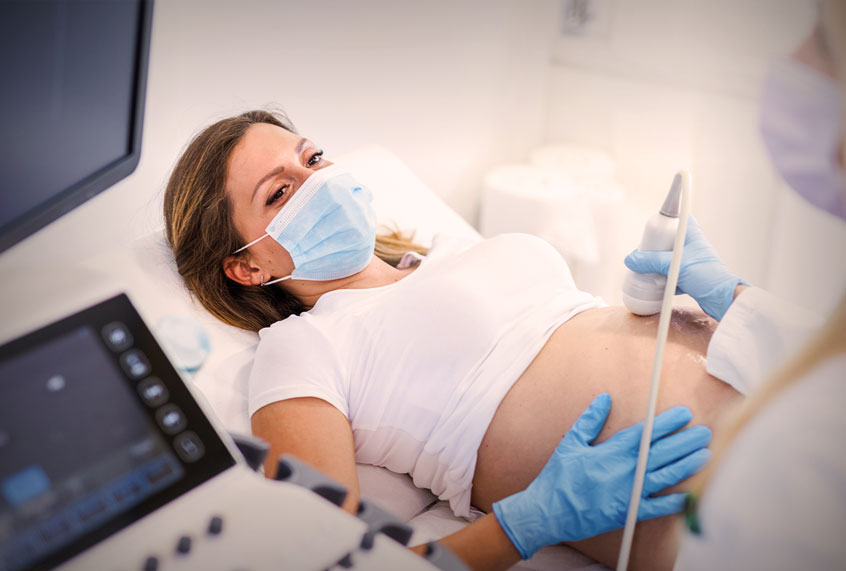 Pregnant women with COVID-19 can have symptoms that last more than two months, far longer than the average patient, according to a new study published in Obstetrics & Gynecology on Wednesday.

The study, led by researchers at the University of California–San Francisco and University of California–Los Angeles, is the largest study to date of non-hospitalized pregnant women. A quarter of the 594 women studied had COVID-19 symptoms that lasted two months or longer. Non-pregnant patients who experience symptoms for more than a month or two after testing positive are informally known as “long-haulers.”

“We found that pregnant people with COVID-19 can expect a prolonged time with symptoms,” senior author Vanessa L. Jacoby, MD, MAS, vice chair of research in the Department of Obstetrics, Gynecology, and Reproductive Sciences at UCSF, and co-principal investigator of the national pregnancy study, said in a statement. “COVID-19 symptoms during pregnancy can last a long time, and have a significant impact on health and wellbeing.”

The paper is part of an ongoing study in the United States called The PRIORITY study (a partial acronym for Pregnancy Coronavirus Outcomes Registry), which is focused on analyzing symptoms of women who are pregnant, or up to six weeks after pregnancy and have a confirmed or suspected case of COVID-19. Nine percent of the women studied were Black; thirty-one percent of the participants were Latina. Notably, 67 percent of the women had contact with a person who was symptomatic or tested positive for COVID-19; 21 percent had a history of recent travel. Health care workers represented 31 percent of the women.

The study found that the most common early symptoms for pregnant women were a cough, sore throat, body aches and fever. Fifty percent of the participants had symptoms after three weeks of infection; 25 percent still had symptoms at eight weeks.

“The majority of participants in our study population had mild disease and were not hospitalized,” Yalda Afshar, MD, PhD, assistant professor in the Division of Maternal Fetal Medicine, Department of Obstetrics and Gynecology, at the David Geffen School of Medicine at UCLA. “Even so, it took a median of 37 days for symptoms to ease.”

“For instance, in a nonpregnant population–based cohort of 1,099 patients in China, the most common presenting symptoms were fever (43.8% on hospital admission) and cough (67.8%), compared with cough (20%) and sore throat (16%) as the most common first symptoms in our cohort, with fever present in only 12% of the population,” the authors of the study stated. “One week after symptom onset among PRIORITY participants who tested positive for SARS-CoV-2 infection, cough (41%) and fatigue (33%) were prevalent but fever remained uncommon (5%).”

This study continues to shape a theory that pregnant patients “have a different clinical presentation of and morbidity from COVID-19 compared with the nonpregnant population,” the authors note.

“We demonstrate that the presenting symptoms in this primarily outpatient cohort of pregnant patients differ from those in nonpregnant populations, with a lower prevalence of fever and higher rates of fatigue, body aches, and headaches,” the authors write. “Pregnancy also confers a prolonged course of disease for patients with COVID-19, where 25% of patients have persistent symptoms 8 weeks or more after disease onset.”

While there are still a lot of unknowns about COVID-19 and how it affects the pregnant population, researchers hope these results can better inform clinicians.