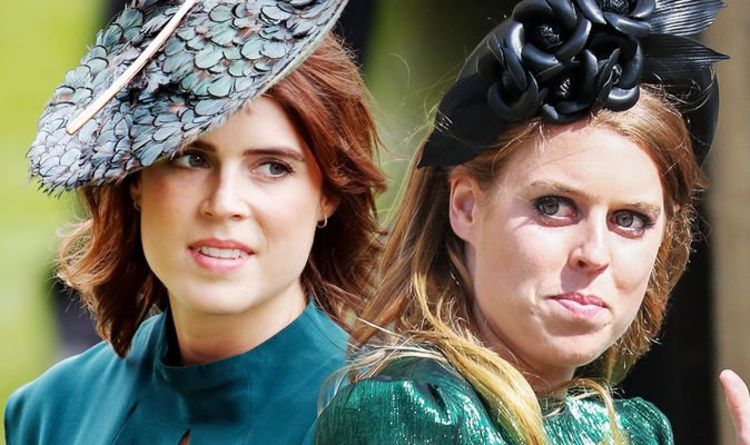 “I’ve wanted to be her at times… we’re best friends and I can’t think of anyone I’d want by my side more than her.”

Eugenie chatted with ITV’s Eamonn Holmes and Ruth Langsford, and a video of the conversation was released as part of the broadcaster’s coverage of the spectacular wedding in 2018.

Eugenie and Beatrice have currently found themselves back in the public eye after they have taken on more roles as a result of their cousin Prince Harry, and his wife Meghan Markle, standing down from senior royal duties.

But despite the excitement generated by their new roles, Beatrice once claimed she struggled to balance her private and public life – as did her sister.

She said of her and Eugenie’s difficulties: “It’s hard to navigate situations like these because there is no precedent, there is no protocol.

JUST IN: Princess Beatrice: How Bea chose not to follow Queen’s tradition

“They’ve had their fair share of terrible media interest and it makes us stronger.

“We believe very strongly in who we are, and the support system of our friends and our family is pretty incredible. There’s no point being angry with anyone for beating us up – we just need to shine light and love in the world.”

Like most siblings, the pair have experienced their rows, with Beatrice once admitting to a rare argument with her sister, over a pair of shoes.

Beatrice recalled in the same interview: “One of the biggest fights we ever had was about a pair of Converse trainers.

“We have the same size feet and both of us had identical pairs.

“One pair got trashed and the other sister may have swapped them.”