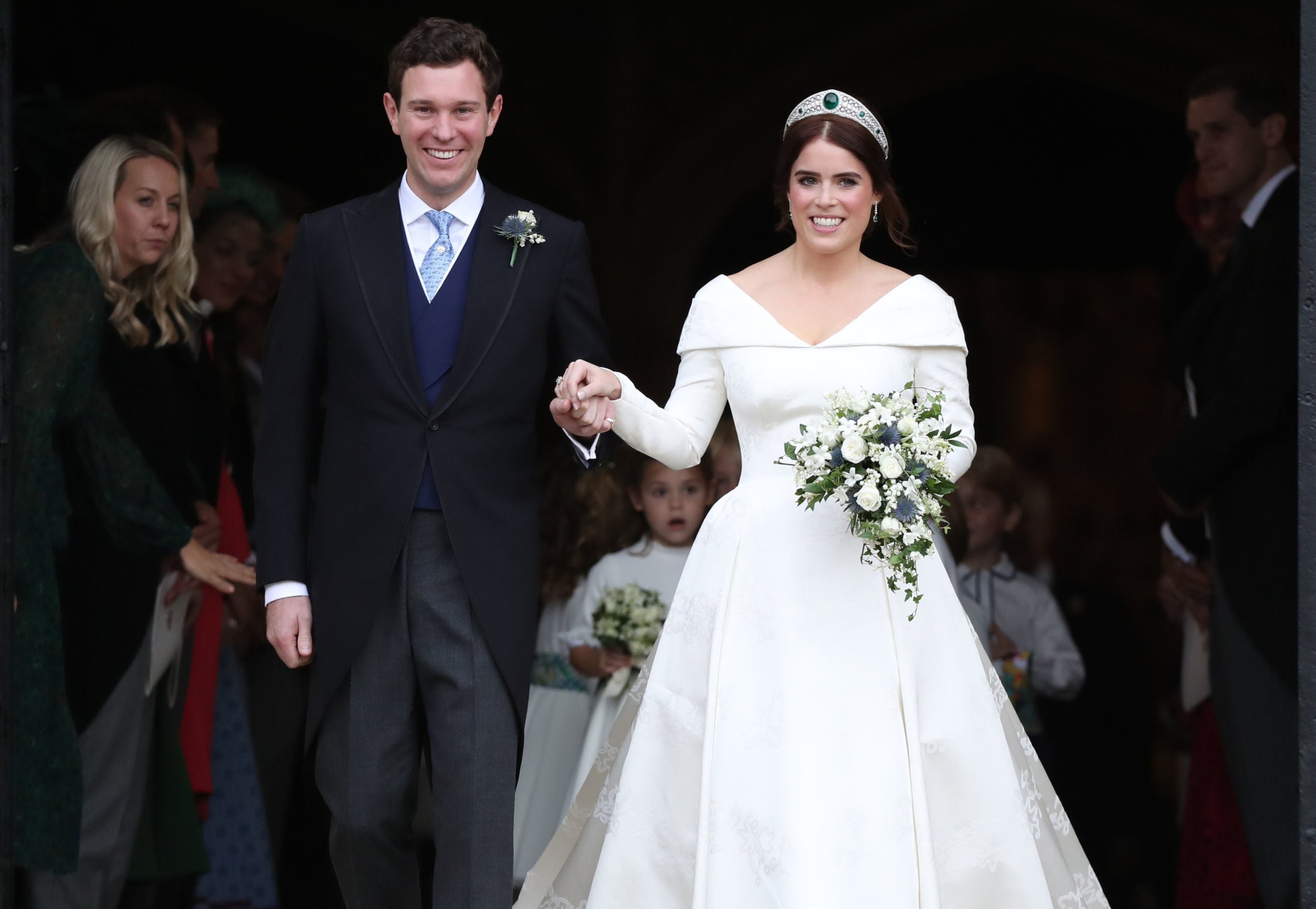 On Monday, the royal shared special moments from the ceremony, as well as other memories she and Brooksbank have made with an Instagram Reel of nine photos.

In the clip, which is set to London Grammar’s Baby It’s You, Princess Eugenie shared three never-before-seen photos of the couple’s wedding, including a black-and-white photo of the pair smiling and another showing the back of her custom wedding dress by Peter Pilotto, which featured a low back that revealed scars from an operation she had at 12 years old to correct her scoliosis.

The 30-year-old, who is currently pregnant with the couple’s first child, also included selfies of her and Brooksbank and shots of the couple smiling in front of penguins.

“Been the best two years married to you and 10 years with you in total.. happy memories always my dear Jack,” Princess Eugenie captioned the video, which prompted an outpouring of well-wishes from fans.

“Wishing a very happy anniversary to you both!! Thank you for sharing this lovely video,” one person wrote.

Another commented: “Happy anniversary to a lovely couple.”

The sentimental video comes after the couple announced last month that they are expecting their first child.

“Jack and I are so excited for early 2021…” Princess Eugenie captioned a photo of the couple’s hands holding a pair of baby slippers on 25 September.

At the time, a tweet from the Royal Family’s Twitter account said: “Her Royal Highness Princess Eugenie and Mr Jack Brooksbank are very pleased to announce that they are expecting a baby in early 2021.

“The Duke of York and Sarah, Duchess of York, Mr and Mrs George Brooksbank, The Queen and The Duke of Edinburgh are delighted with the news.”