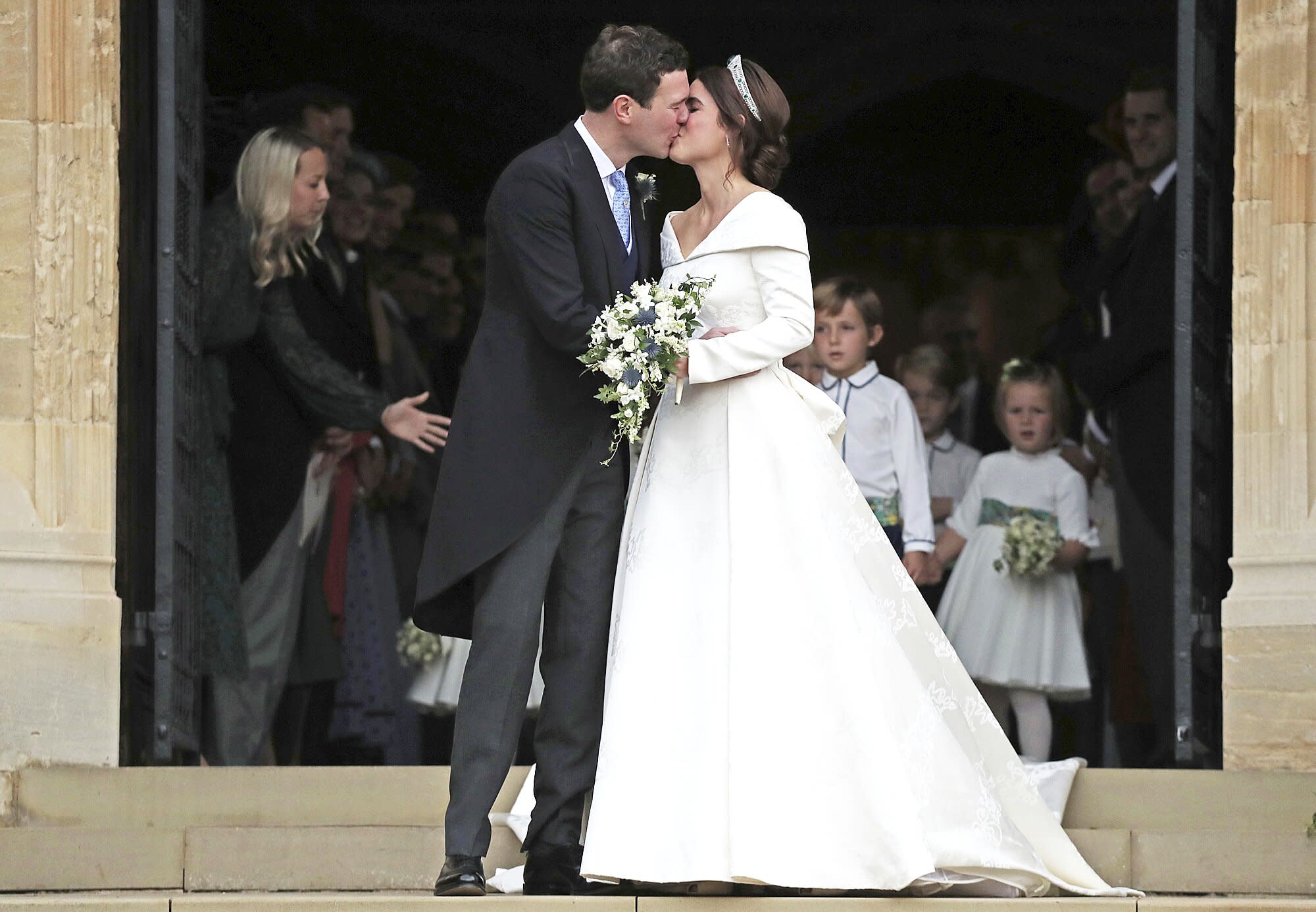 On Oct. 12, 2018, Eugenie and Jack wed at St.George’s Chapel in Windsor Castle with a lavish two-day celebration with friends and family, including her grandmother Queen Elizabeth.

To celebrate, Eugenie posted her first Instagram Reel that included a montage of nine photos of her and Jack, including three never-before-seen images from their wedding day and a cute one of the couple posing among snowy mountains with penguins in the background. The montage is set to London Grammar’s “Baby It’s You.”

She also shared a sweet message to her husband of two years. “Been the best 2 years married to you and 10 years with you in total…happy memories always my dear Jack,” she wrote.

This year, the happy couple has even more to celebrate as Eugenie announced last month on Instagram that the couple are expecting their first baby.

On their wedding day, Eugenie wore a custom dress by the British label, Peter Pilotto and accessorized with the stunning Greville Emerald Kokoshnik Tiara, on loan from the Queen and matching emerald earrings, a gift from the groom. The royal bride chose to forgo a traditional veil, in order to proudly display the scar on her back from previous scoliosis surgery.

Eugenie, the youngest daughter of Prince Andrew and Sarah Ferguson and ninth in line to the throne, celebrated her nuptials in front of a star-studded crowd that included Kate Moss, Liv Tyler, Naomi Campbell, Robbie Williams and Demi Moore. Her sister Princess Beatrice was Maid of Honor, in a blue dress by Ralph and Russo.

For the evening party, which was held at her parent’s home, the bride changed into a second dress by New York-based designer Zac Posen. In powder pink, the caped design was inspired by the draped gown worn by Grace Kelly in To Catch a Thief.

The day after the wedding, guests were invited to a fairground-themed bash inside huge tents decorated with foliage and flowers. The family-friendly day included traditional fete stalls and carousel rides and was once again held in the grounds of her childhood home at Royal Lodge.

Their anniversary comes just weeks after they announced their pregnancy news. Eugenie previously posted a picture of them both holding adorable fluffy bear baby slippers with the caption, “Jack and I are so excited for early 2021,” and a second picture of them smiling.

Eugenie has often used her Instagram page to reminisce about her wedding day. Just a few days after the event, the royal shared a personal photo from the nuptials featuring a giggling Princess Charlotte and Prince George. Last year on their first anniversary, she posted a touching video, featuring footage from their special day.