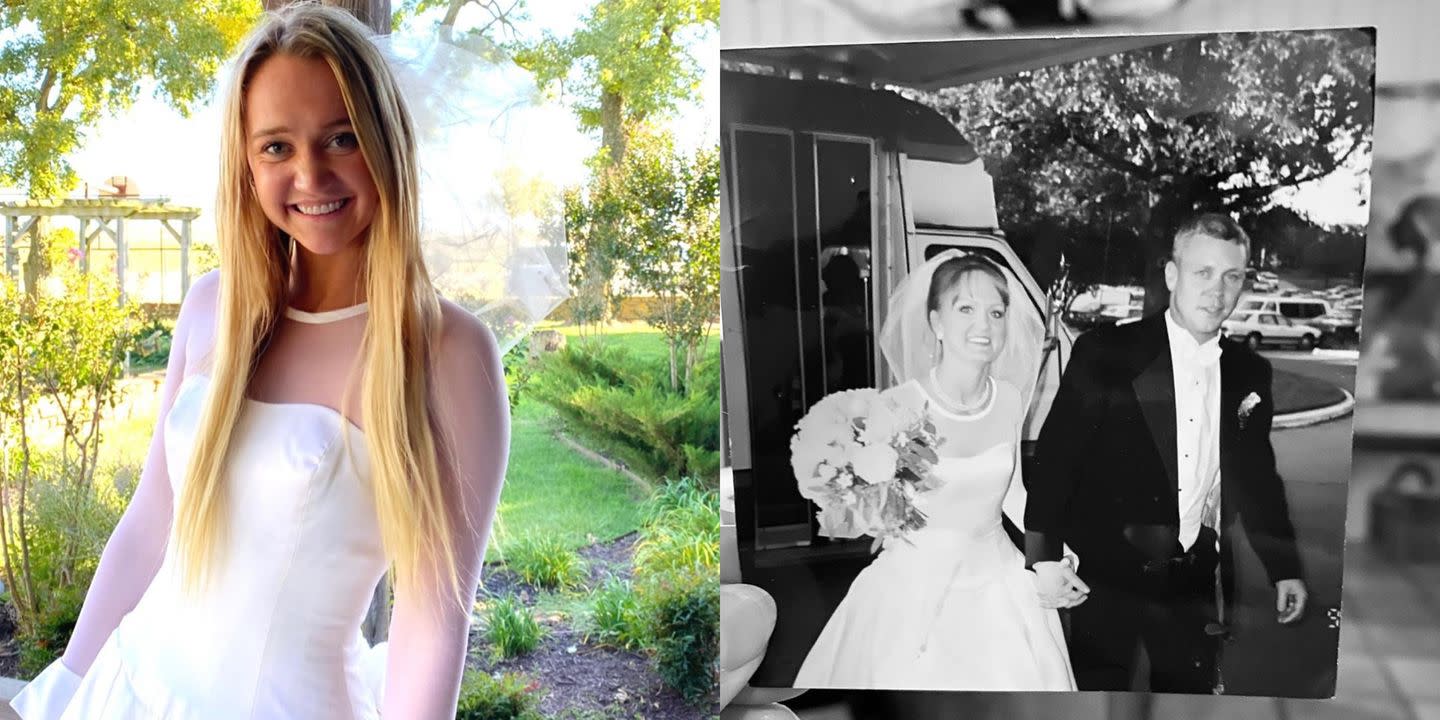 When Ree Drummond’s daughter Alex announced she was engaged in August, fans were totally delighted, but it turns out Paige Drummond was the first to appear on social media in a wedding dress. This adorable moment happened when Paige and Alex took turns trying on Ree’s dress from her 1996 wedding.

The proud mom and Pioneer Woman star shared a photo of Paige smiling while posing in the more-than-20-year-old dress that frankly looks brand new. Ree explained in the caption that both of her daughters tried on the dress but she didn’t post a photo of Alex trying it on “because we’re tryna keep the mystery over here.” She added that she doesn’t think either of her daughters will wear the dress on their wedding days but she’ll save it for a granddaughter or goddaughter.

Ree ended her caption by saying how beautiful Paige looked in her dress, even if it was just for fun, and we have to agree!! This dress is STUNNING and if you’re wondering what Ree looked like in it on her wedding day, luckily she posted a throwback photo just a few days back on her and Ladd’s anniversary.

“I never got around to ordering my wedding photos,” she admitted. “I’m an enneagram 7 like that. Anyway, I found this snapshot last week because Alex wanted to see my dress.”

As someone who is currently planning a wedding myself, let’s just say this photo is going on my Pinterest board!!