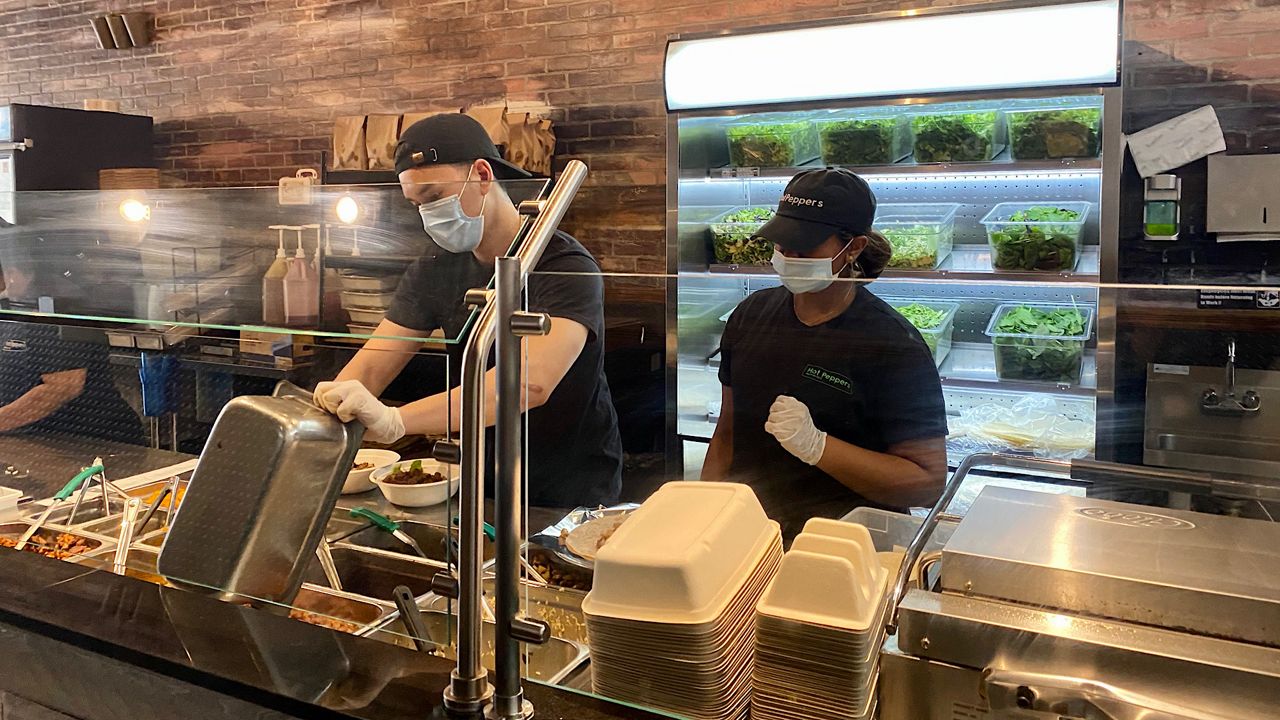 QUEENS, N.Y. – Vishal Patel never envisioned transforming his Hot Peppers Mexican restaurant into an all takeout operation. He had to close his dining room in March because of COVID-19 and still hasn’t reopened it, even when the state and city allowed a partial return to indoor dining last month. Nor has he set up tables for outside dining.

“It was pretty difficult in terms of turning into a different kind of concept from what we had,” Patel said.

Patel says city guidelines change so much, he didn’t think it was worth buying the equipment to make outdoor or indoor dining work.

”When it comes to winter we didn’t know what the future was going to look like, for example the outdoor dining. People invested a lot of money on safety precautions and now in high zip codes they’re closing that down because outdoor dining is not going to be allowed anymore.”

He said he also was cautious because he feared another surge in COVID-19 cases. Those concerns were realized when a coronavirus hot spot not far from his restaurant was identified last week. Gov. Andrew Cuomo banned indoor and outdoor dining in those zones on Tuesday.

“It does concern us in terms of the hot zones itself. Customers and employee safety is number one for us,” Patel said. “We kind of knew in the winter we could have a second round of shutdowns in some of the zip codes so this time we were more prepared than March in April we would say.”

He changed the layout of his restaurant creating more area behind the counter to so that workers can more easily socially distance themselves from each other.

“We made a new assembly line where we had a faster takeout result so people get in faster and out faster.”

Patel says his sales are almost back to what they were before the pandemic and now he’s deciding whether to incorporate some indoor dining or to use it as a space for people to wait for their takeout as the weather gets colder.