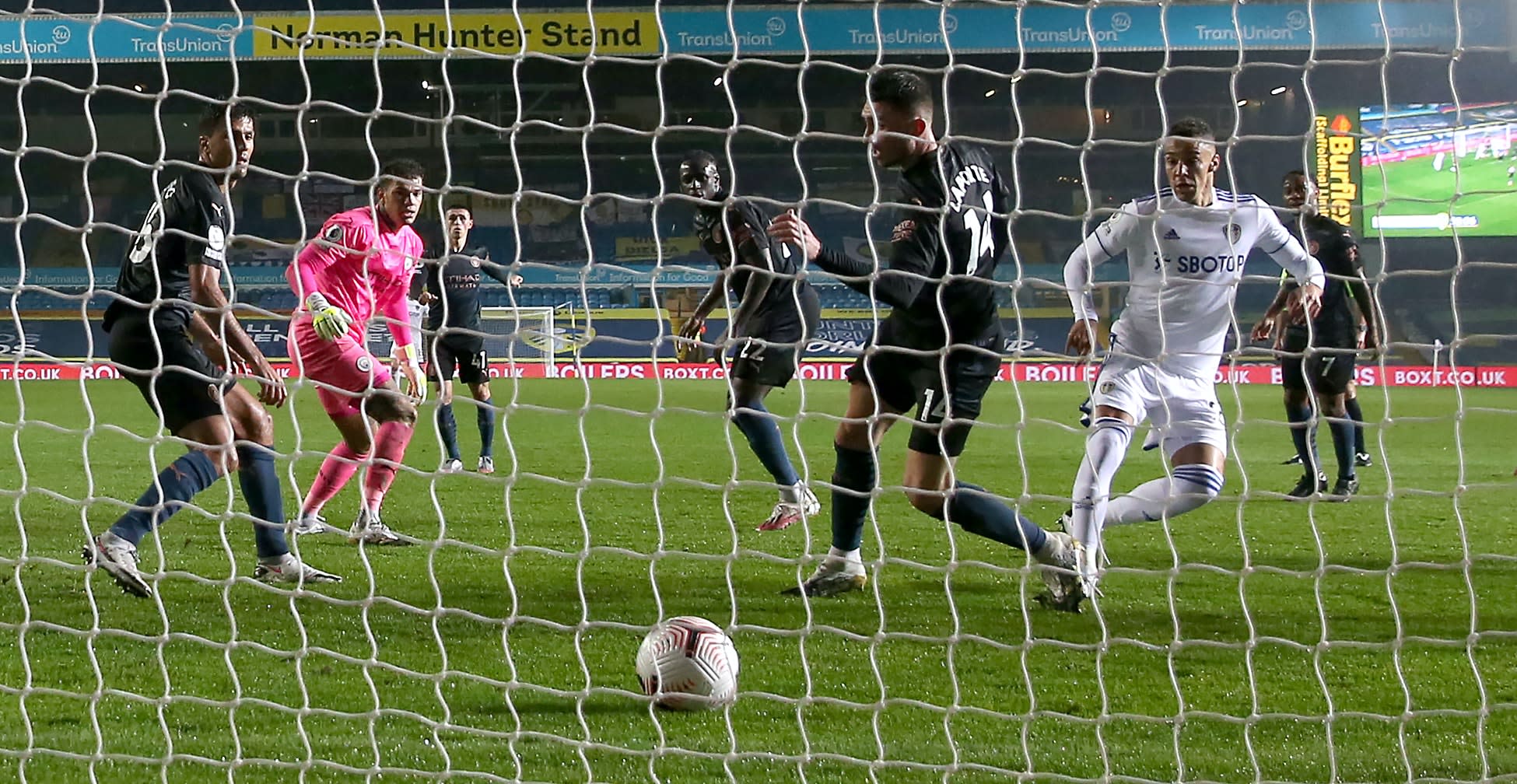 Leeds forward Rodrigo admitted he was still adjusting to Marcelo Bielsa’s “beautiful football” after scoring the equaliser against Manchester City.

Rodrigo, signed from Valencia for a club-record £27million in August, stepped off the bench to turn home his first goal for Leeds after Raheem Sterling had given City a half-time lead.

Bielsa’s side produced another exhilarating display having spent the first half-hour chasing shadows, going toe-to-toe with the visitors in another Premier League thriller.

“We have a very characteristic way of playing, which has been done for a long time and of course I need time to adapt myself to this style of football,” the Spain international told Leeds’ official website.

“But I think the team is very compact, plays very well, tries to attack and score goals and plays beautiful football.

“We’ve started very well in the Premier League, in the first game against Liverpool unfortunately we didn’t win, but we played a great game also and I think this is the way.”

“Leeds have waited a long time to be in the best league in the world and I think we have shown we are prepared for this,” Rodrigo added.

“I feel of course very happy for the goal and the result, it is a great result for us.

“We had chances to win the game, of course they had the same also, but we are very happy with the performance, keeping good results after the last two wins and now a great result against a great team.”

Guardiola’s side have now dropped four points in their first three matches and are eight points adrift of early pace-setters Everton at the top of the table.

City’s new signing from Benfica, Ruben Dias, made an impressive first appearance in central defence, just two days after his £62m deal had been completed.

Dias was just inches away from heading a debut goal during City’s dominant early spell and had mixed feelings after the match.

“Very happy for my debut,” he told City’s official website. “But obviously not happy at all with the result. We wanted to win this match so badly.

“But we have to keep improving and working on that victorious mentality. First game and I am really happy with my debut.”

Guardiola described Dias’ display as “outstanding” after the centre-half had taken part in one training session.

The Portugal defender added: “Obviously it’s just one match, but the intensity, the quality of the pitch – it’s the top league. That is what I was looking for.

“It has all happened so fast, it’s not easy but I’m trying to settle as fast as I can and obviously to play this game was a really good step and I hope I can help the team.”