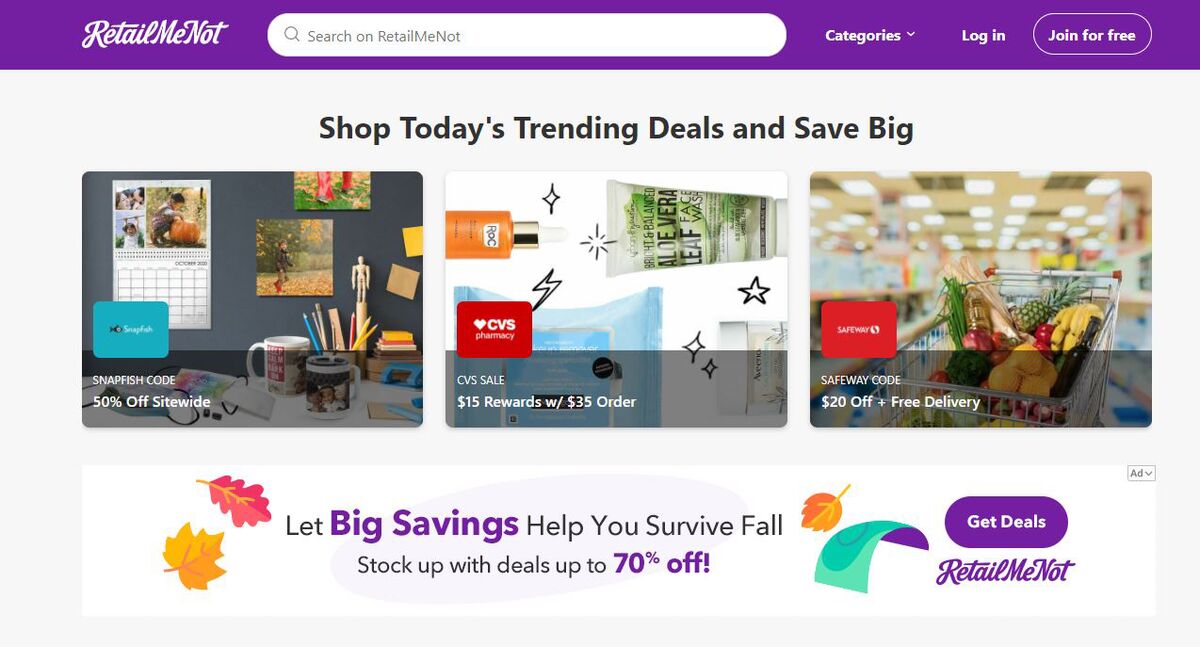 RetailMeNot agreed to sell its assets to J2 Global Inc. in a transaction expected to close in the fourth quarter, according to a statement Tuesday. Discount drug company RxSaver, which is housed under the RetailMeNot umbrella, has also been up for sale but isn’t part of the transaction, according to people with knowledge of the plans who asked not to be identified.

RetailMeNot partners with than 5,000 retailers including Macy’s Inc., Sephora, and Best Buy Co., according to its website. It compiles coupon codes and cash-back options for customers shopping online and in stores.

RetailMeNot held sale discussions with interested buyers including private equity firms, Bloomberg previously reported, and was getting financial advice from Evercore Inc. throughout the process.

MacAndrews & Forbes, a holding company for Perelman’s assets, controls RetailMeNot’s parent company, Vericast Corp., formerly known as Harland Clarke Holdings. Vericast has been seeking to shore up is balance sheet and started a debt exchange to push out maturities coming due in 2021. That deal is contingent on Perelman injecting around $100 million of equity.

Vericast’s bonds due 2022 were among the top performers in the U.S. high-yield market on Tuesday after the sale was announced, rising more than six cents on the dollar to their highest level since October 2018, according to Trace bond trading data.

Perelman, 77, is divesting assets and rearranging his holdings to give himself more financial flexibility amid the pandemic. Earlier this month the billionaire agreed to sell a 34.9% stake in slot-machine maker Scientific Games Corp. to a group of investors for around $925 million. He sold two paintings in his collection in July for about $37 million and is seeking buyers for additional works, Bloomberg reported earlier.

Vericast, which carries nearly $3 billion of debt, reported a double-digit decline in sales and earnings during the second quarter of 2020, Bloomberg previously reported. The losses were offset in part by growth at RetailMeNot, which saw adjusted earnings jump to $17.6 million compared with $11.8 million in the same period a year earlier.