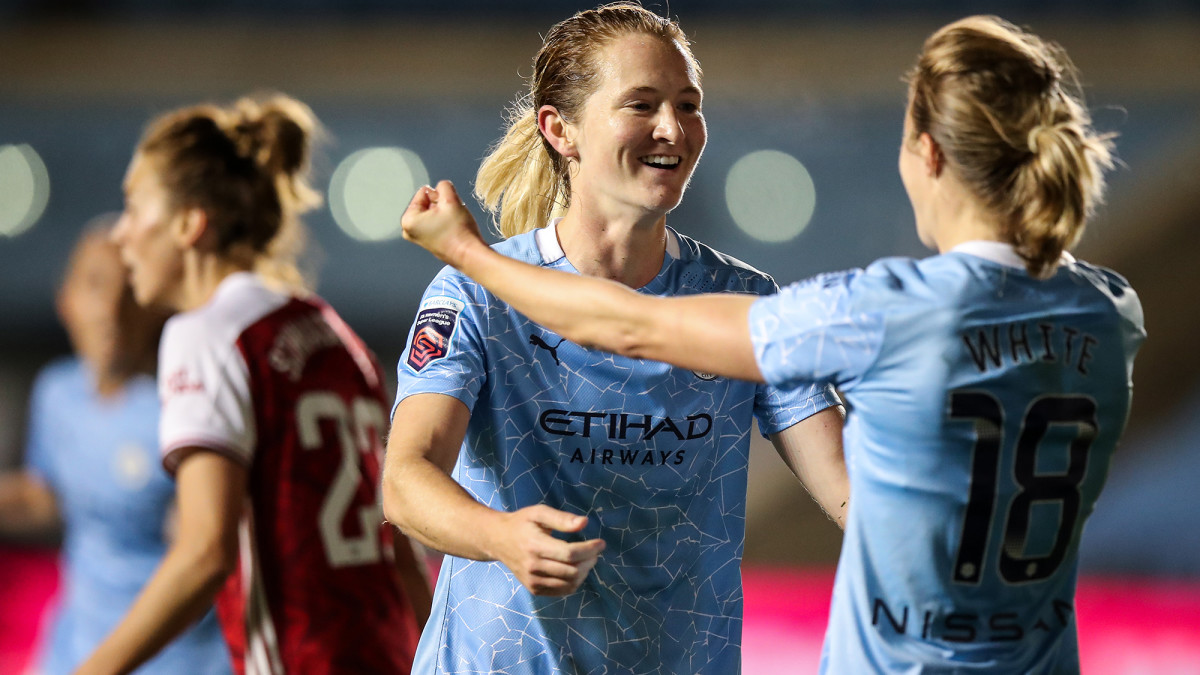 Lavelle then entered for Ellen White in the 65th minute, making her first appearance after, like Mewis, leaving NWSL for what is expected to be a short-term stint in England. Lavelle’s NWSL rights were traded to OL Reign from the Washington Spirit before her move to Manchester, while Mewis’s are retained by the North Carolina Courage. They’re among a number of NWSL players who are temporarily playing overseas, including fellow U.S. teammates Christen Press and Tobin Heath (Manchester United), Alex Morgan (Tottenham) and Emily Sonnett (Kopparbergs/Göteborg FC).

Both Mewis and Lavelle will be looking to match Carli Lloyd’s 2017 achievement, when she won the competition while playing for Man City. She scored in the final vs. Birmingham, the third goal in a 4-1 rout. Man City also won the 2019 final, beating West Ham, 3-0.