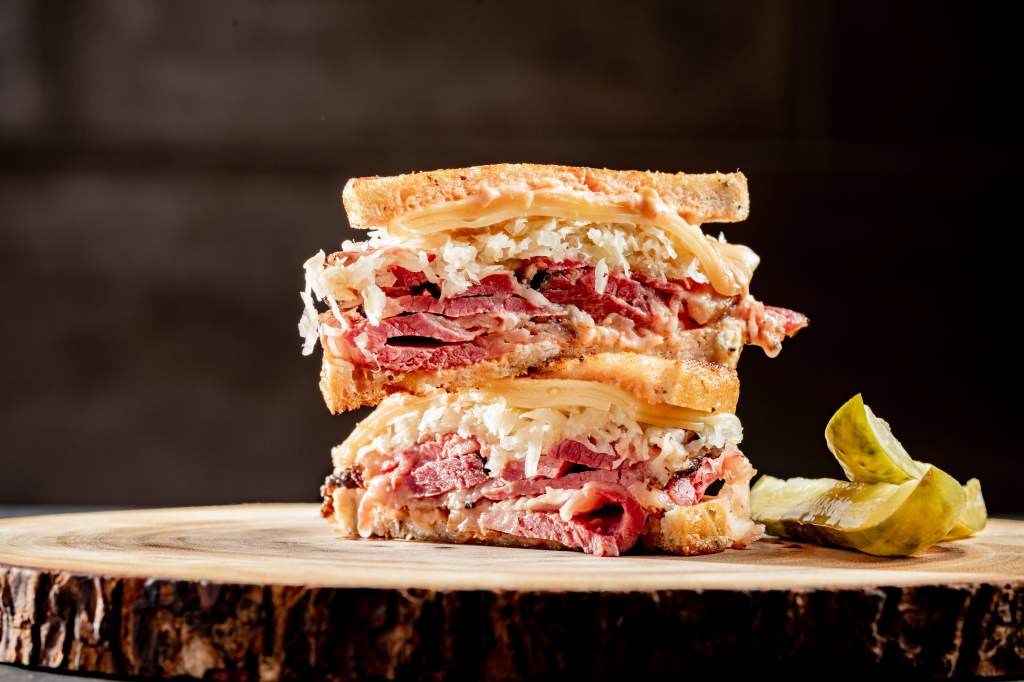 Mark ‘n Mike’s is rooted in both men’s fond memories around Jewish food. Dellar grew up in Los Angeles eating his mother’s Jewish delicacies and recalls riding his bicycle to Nate ‘n Al’s delicatessen in Beverly Hills for thick pastrami and corned beef sandwiches on double-baked rye bread. In 2012, Dellar and his business partners even launched a Jewish-themed food truck, Pastranomy, in Napa.

Chef-partner Mark Dommen, who came to One Market in 2004 after living on New York’s Upper West Side, was a regular at Zabar’s and sampled his way through the city’s best spots, from Katz’s to Carnegie Deli. Over the years, his traditional Passover menus, and, more recently, his Rosh Hashanah meal kit, have proved successful.

The deli, which will function as a limited-time pop-up, will also offer housemade macaroons and rugelach in addition to cold-smoked Bodega Bay salmon on Boichik bagels. One Market is the first restaurant in San Francisco to offer Emily Winston’s crazy-popular bagels made in Berkeley.

One Market will continue to offer its traditional three-course meals of prime rib, salmon and fried chicken for curbside pick-up or delivery from 3 to 7 p.m. Wednesday-Friday.

Mark ‘n Mike’s is located inside One Market Restaurant at 1 Market Street in San Francisco. It is open for takeout and delivery from 11:30 a.m. to 7 p.m.  Wednesday-Friday. For more information visit https://onemarket.com.

For more food and drink coverage
follow us on Flipboard.