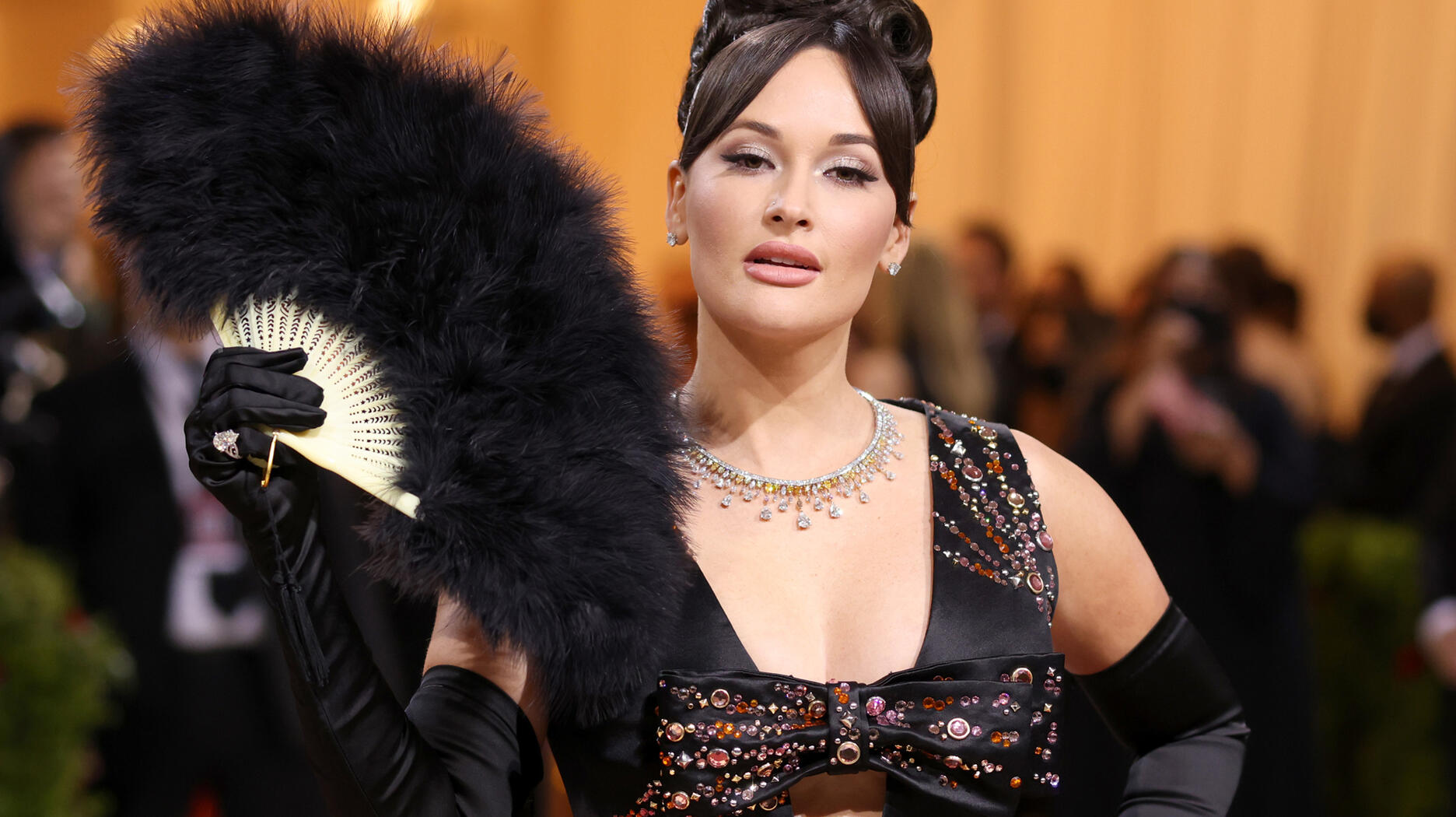 For ladies, the Gilded Age meant corsets and lots of elaborate wardrobe details like ruffles, beading, lace, feathers, and fur.

For the celebs at The Metropolitan Museum of Art’s Costume Institute Gala, the sartorial assignment that emphasized luxurious details lent itself well to elaborate jewelry.

A few attendees at Monday night’s gala earned an A+ in this editor’s view; see their looks below.

Kacey Musgraves had work to do at the gala. Hot off the success of her 2021 album “Star-Crossed,” the country music singer gave a surprise performance of the 1961 Elvis Presley ballad “Can’t Help Falling in Love,” in front of attendees like Priscilla Presley and the cast of director Baz Luhrmann’s upcoming Elvis biopic. (No pressure.)

Atop long black gloves she donned the “Volute” ring with 6.8 carats of diamonds including a stunning pear-shaped center stone set in platinum, and the 12.28-carat “Phenomena Glacier” diamond bracelet in 18-karat white gold.

She topped off the look with 4.04-carat diamond studs.
Met Gala co-chair Blake Lively is a celeb who qualifies as a real jewelry girl. She has a longstanding relationship with Lorraine Schwartz and is frequently pictured sporting purchases from independent contemporary designers like Retrouvai, Marla Aaron, and Brent Neale.

Her love for jewelry was fully on display at The Met.

In this editor’s vote for best look of the night, Lively sported a Versace blush and blue gown with elaborate crystal bodice and an enormous bow that, untied, revealed a long train, inspired by New York architectural feats from the Gilded Age like Grand Central Terminal and the Empire State Building. The gown’s color scheme was a nod to the Statue of Liberty.

She wore a crown with seven tiers, she explained to reporters, in line with the Statue of Liberty’s seven rays that represent the seven continents, sending a message of “inclusivity, welcomeness, and freedom.” The statue has 25 windows, so Schwartz set the tiara with 25 gems.

The actress and singer has a maximalist approach to jewelry and could give a master class in layering, often sporting multiple earrings and rings.

It was a pleasure to see her embrace a different jewelry look for the Met Gala, as she donned an elaborate Roberto Coin necklace crafted just for her for the occasion.


YouTube star Emma Chamberlain had one of the night’s most alluring looks. The YouTuber’s Louis Vuitton outfit lent a modern freshness to Gilded Age glamour.

She paired her Louis Vuitton outfit with jewelry from Cartier. The tiara was antique circa 1911 Paris, an authentic nod to the time period, rendered in platinum with diamonds.

The choker was vintage too, circa 1928 Paris, also featuring diamonds set in platinum.

Her off-the-shoulder Miu Miu gown provided the perfect neckline to showcase a killer necklace, and her parted hair the perfect canvas for a jewel, as well.

Cartier rose to the occasion on both counts. Apatow wore the Cartier “Essential Lines” high jewelry necklace in platinum with diamonds, and a vintage Cartier “Flower” brooch circa 1939 Paris in her hair in platinum, 18-karat white gold and diamonds.

Singer Billie Eilish was transformed into a punk version of a Gilded Age lady thanks to vintage and antique jewelry mecca Fred Leighton.

All in all, she wore well over a dozen Fred Leighton pieces, proving that more is indeed more when it comes to fine jewelry.

Most notable was an early 20th century diamond swag brooch in platinum, worn pinned to a velvet choker. It was layered with an Old European-cut diamond riviere in platinum and gold circa 1900 and a diamond fringe necklace in platinum, circa 1900.

Eilish wore round diamond pendant earrings set in platinum and gold circa the 1910s, and too many rings to count, featuring diamonds and sapphires, all dating to the early 20th century.

Finally, what would a Gilded Age party be without some pearls?

Actress Laura Harrier donned multiple pearl varieties in a bold David Yurman necklace. She paired them with pearl earrings from the brand.

Related stories will be right here …