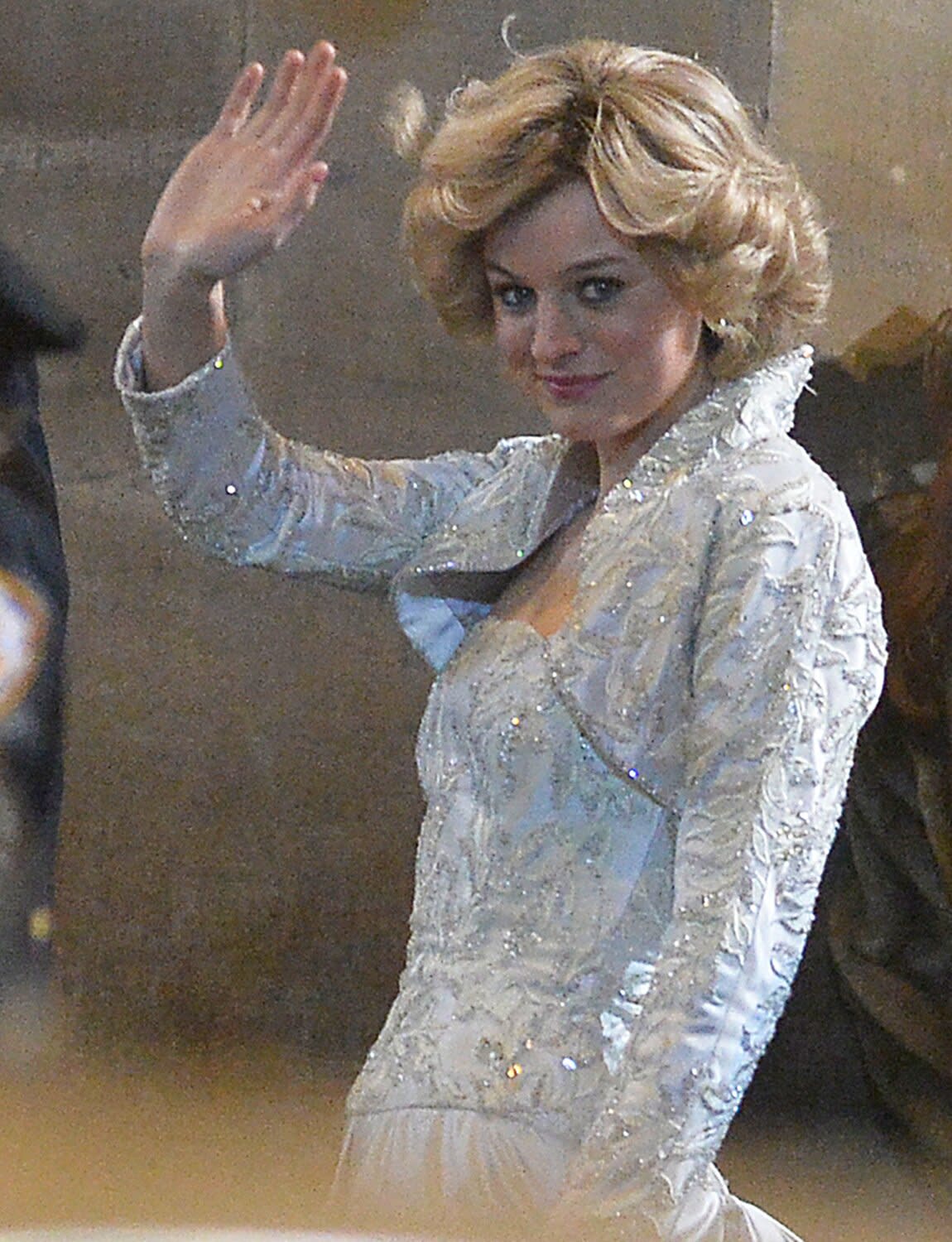 SplashNews.com Emma Corrin in The Crown

Corrin, 24, who plays Diana in the upcoming fourth season of the hit Netflix series, shows off her uncanny resemblance to the late royal in the latest photo shared by the streaming service. “A first glimpse of Princess Diana’s wedding dress. Emmy award-winning costume designer Amy Roberts wanted to capture the same spirit and style of David & Elizabeth Emanuel’s original design, without creating a replica for Emma Corrin,” the caption reads.

A Netflix trailer released in August already gave fans a tantalizing glimpse of Corrin wearing the replica gown as she prepares to marry Prince Charles in the 1981 royal wedding – a scene that made everyone go “completely silent” on The Crown set, Corrin recently told the October edition of British Vogue.

“The Emanuels, who designed the original, gave us the patterns, and then it was made for me,” Corrin said.

“We were filming the scene when you first see her in the wedding dress — I think it was Lancaster House in London — and I had a team of about 10 people helping me put it on, because it’s massive,” she continued. “I walked out and everyone went completely silent More than anything else I wear in the series, it’s so … It’s her.”

A crowd of two million lined the route of Diana’s procession from Clarence House to St. Paul’s Cathedral to catch a glimpse of the stunning bride on her July 29, 1981 wedding day. The then 20-year-old made the three-and-a-half-minute walk down the red-carpeted aisle with her breathtaking 25-foot train trailing behind.

Princess Diana on her wedding day to Prince Charles

It was Diana’s wedding dress that stole much of the spotlight that day. The stunning gown, which was designed by Elizabeth and David Emanuel, was made of ivory silk taffeta and embellished with lace, hand embroidery, sequins and 10,000 pearls. The epic train was made of ivory taffeta and antique lace. (The lace used to trim the dress had belonged to Queen Mary.) She topped her bridal look off with the Spencer family heirloom tiara.

The iconic bridal gown was given to Prince William and Prince Harry in 2014, as determined by their late mother’s will, which stipulated that her sons should take ownership of the gown once they both turned 30.