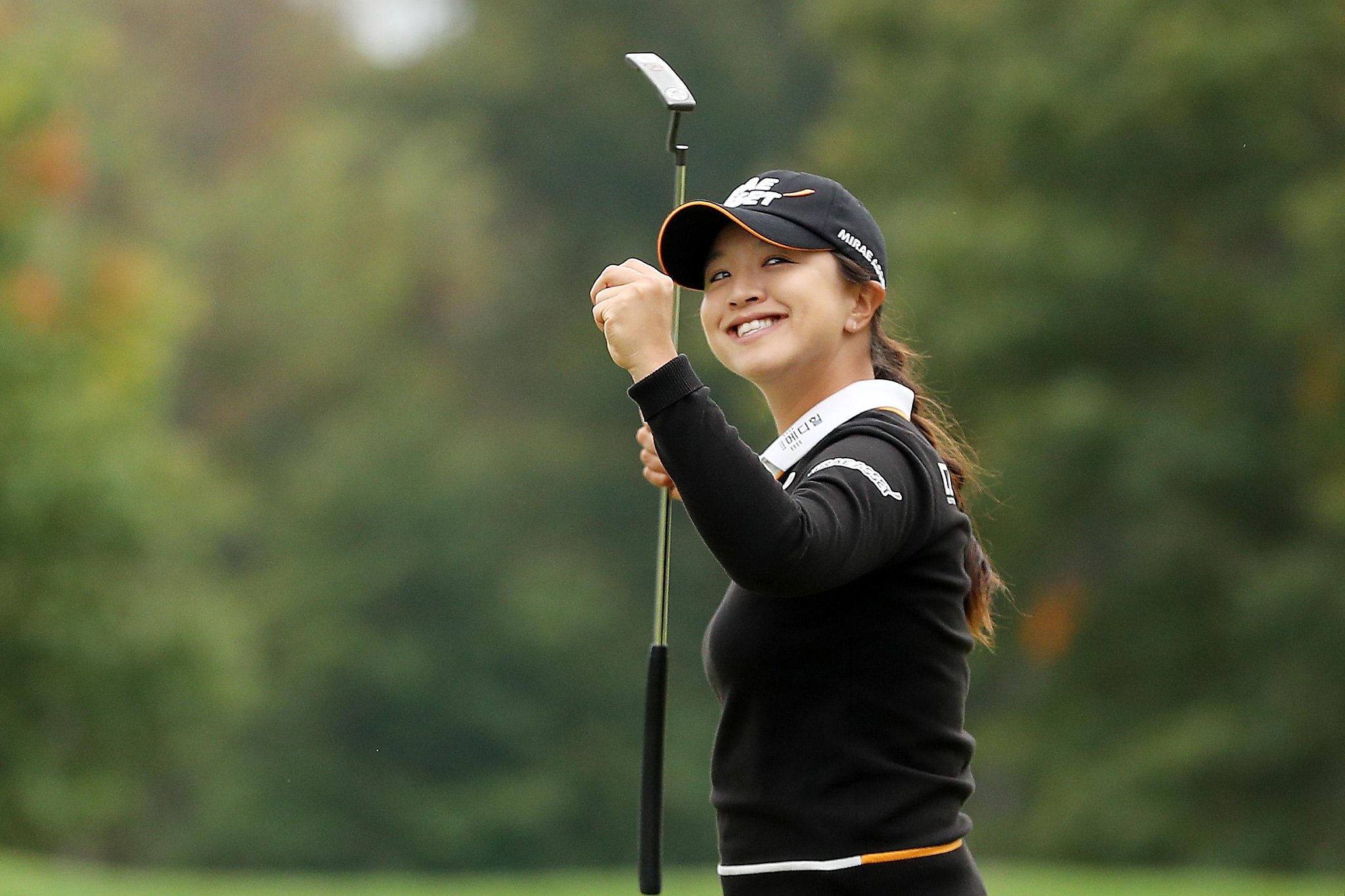 NEWTOWN SQUARE, Pa. — Sei Young Kim lined up for the putt on the 18th hole that would seal her first LPGA major championship and somehow missed by inches. One member of the gallery — in this instance, roughly 75 officials, photographers and course stragglers — even said “she made it.”

The 27-year-old South Korean laughed off the rare misstep, tapped in the winner and shed the unwelcome label of winningest golfer on the tour without a major. Kim raised her arms “Rocky” style, hugged her caddie and, at last, was a major champion.

Kim chewed up Aronimink Golf Club in record style, tying a tournament record by shooting 7-under-par 63 on Sunday to win the Women’s PGA Championship. She was five strokes better than runner-up Inbee Park.

“I’m actually really hiding my tears at the moment,” Kim said as she stood next to the trophy.

Kim’s dominance was in plain sight. She finished at 14-under 266, a record for the championship.

Kim, who earned her 11th LPGA victory, got the championship push rolling when she matched a tournament record with a 29 on the front nine Friday. She never really slowed down.

Park, a three-time winner of this championship, shot 5-under 65. Park won the Women’s PGA Championship in 2015, and Kim was in the first group of people on the course to celebrate with her.

Kim, a 2016 Olympian, was runner-up at the 2015 Women’s PGA Championship and tied for second at the Evian Championship in 2018. She held the 54-hole lead at a major once, at the 2015 ANA Inspiration, where she finished in a tie for fourth.