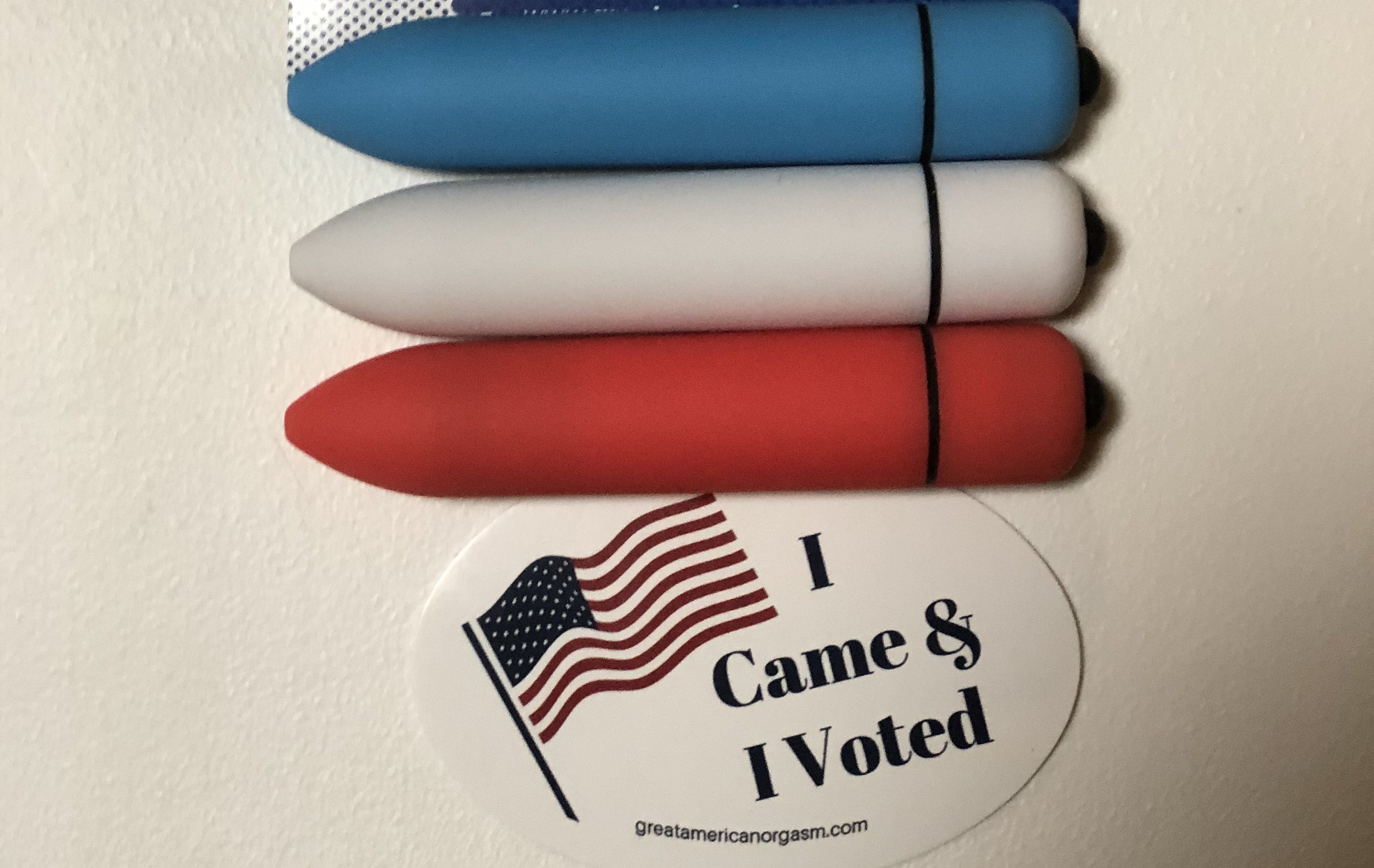 “Someone has to help us come together,” says a Montana sex shop owner, offering up free sex toys to women who pledge to cast their vote in the upcoming election.

Calling out gender disparity and highlighting the “orgasm gap,” Billy McWilliams, of Erotique, in Bozeman, said he’s got 2020 red, white and blue vibrators to give away to American women who participate on November 3, regardless of who they vote for.

“There is nothing more powerful than a nation coming together,” he said. “Voting is an important duty for our society. It’s makes our lives better. So does sex. Sex brings people together,” he told Newsweek. “In all the hullabaloo of this election we want folks to take care of themselves. We want a happier America.”

McWilliams, in an act of “foreplay,” has already posted 1,045 vibrators to women who have pledged. “They are bullet vibrators and retail at around $12.95,” he said. “It’s small, it’s powerful, it takes a triple-A battery.”

McWilliams thinks this is one of the most important elections of our time, but is also fighting a sexuality problem. He hopes to help combat mass-stress, relating to COVID-19 and other worries, which he believes is having an effect on the nation’s sex life. “We are under-orgasming, particularly women,” he said.

“Fourteen percent of women in the United States have never had an orgasm,” claimed McWilliams. “Out of every three orgasms, men have two and women only have one. We have a fixable problem.”

Those who want to participate in his “America Comes Together” campaign just need to visit the website and type in their address. “Or you can send the address of a girlfriend who’s in dire need,” McWilliams jokes on the website.

He promises parcels will arrive in discrete packaging, and if people like the idea they can further donate to the cause by buying a sticker with an American Flag reading, “I came and I voted.”

“We love promoting healthy sexuality. We believe in Orgasm Equality.”

Boutique sex shop Erotique has given away hundreds of vibrators over the years to empower women. The store also regularly donates to the incoming freshmen at Michigan State University.

The Erotique owner claims he’s had people from all fifty states sign up for his “Great American Orgasm,” campaigns, including folks from D.C. to Puerto Rico.